The next general elections will not be held at the end of 2022, but in 2023, and there are still more than nine months left for the municipal and regional elections, but the PSOE works as if the decisive electoral cycle were just around the corner. 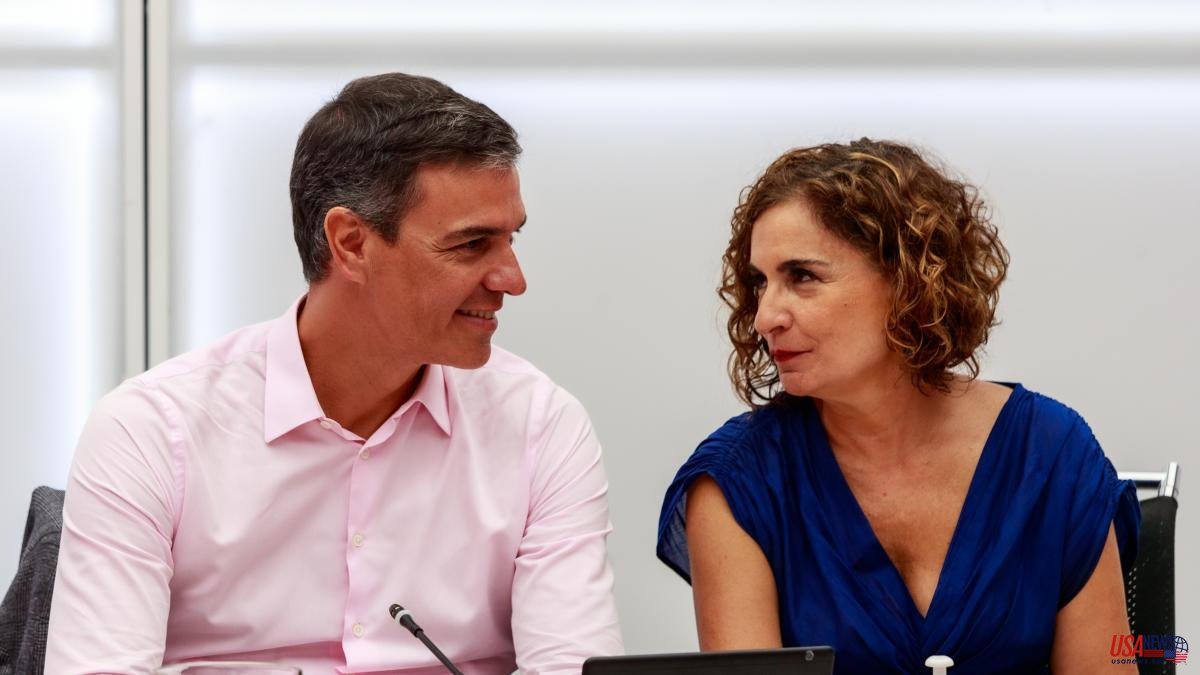 The next general elections will not be held at the end of 2022, but in 2023, and there are still more than nine months left for the municipal and regional elections, but the PSOE works as if the decisive electoral cycle were just around the corner. Restructuring the hard core of the party and reorganizing the different national spokespersons last July, the Socialists have started the course conspiring to reverse the polls with an unequivocal commitment to mobilize their own. "From the first of the organic positions to the last militant to have joined the party."

This was confirmed this Monday by the spokeswoman for the PSOE, and Minister of Education, Pilar Alegría, who has also considered dialogue with the PP impossible after having shown, before with Pablo Casado and now with its current leader, Alberto Núñez Feijóo, to be installed in the "no to everything".

"In the recent debate on the state of the nation it was clear that the PP preferred to talk about ETA and say no to everything. Once again, they lost the opportunity to explain their proposals and solutions to the Spanish (...) I wish I had had an opposition with a sense of state and willing to lend a hand", lamented the socialist spokeswoman.

In this sense, Alegría, who has left accompanied by the president of the mayor of Vigo, Abel Caballero, has confirmed that the parliamentary debate that Feijóo has asked Sánchez at this start of the course will take place in the Senate. But within the usual control sessions of the Government in the Upper House and not through an extraordinary session.

The socialist spokeswoman has urged the leader of the opposition to take advantage of many of his opportunities to address the citizens to confirm whether or not he approves the Executive's measure of revaluing pensions according to the CPI, lamenting that the PP leader is "going through the hills of Úbeda".

"There is no right for Feijóo to want to introduce uncertainty to older people who have worked all their lives," Alegría pointed out after noting that when Sánchez arrived in Moncloa the average pension was around 937 euros and now it is 1,091 euros, "he stressed. .

For this political course, the last of the legislature, the PSOE wants to contrast the PP's immobile position with the action of a government that "has not stopped working during these almost four years to provide solutions and improve the lives of citizens despite having had to deal with a health crisis, first, and now with a war" like the one that is being waged at the gates of Europe.

The novelty, given the intermittent relationship maintained in recent years by the Prime Minister, Pedro Sánchez, with the organic structure of the party, is the existence of a common action strategy, The People's Government, which encompasses both the Executive as the party and that will pivot around Pedro Sánchez himself, the "main asset", Caballero stressed.

From Ferraz, in addition, they have preferred not to open an exchange of statements with the second vice president and Minister of Labor, Yolanda Díaz, who this Monday has assured that in the negotiations held between the PSOE and United We Can with a view to the next General State Budgets (PGE) the agreed debt ceiling does not provide for an increase in defense spending.

Asked up to five times about this, the party spokeswoman and Minister of Education has denied that the Socialists have given up raising defense spending to 2% of GDP, as Pedro Sánchez promised. "I regret that deduction", she has slipped, choosing the words so as not to give rise to controversy. "Until now there have been budgets? The answer is clear, yes. There have been two budget years, the aspiration of this Government is to re-approve a new budget, which aims to continue improving the quality of life of the people of this country ", he declared, chesting out for the succession of expansive bills approved by the Executive in this legislature.

Sources from the socialist leadership, however, have subsequently stressed that the spending ceiling allows for the establishment of rules for budget preparation but that it does not imply the detailed distribution of the items, as his government partner seems to be implying. .