The Socialist group will request tomorrow the extension of one week to present its amendments to the trans law. 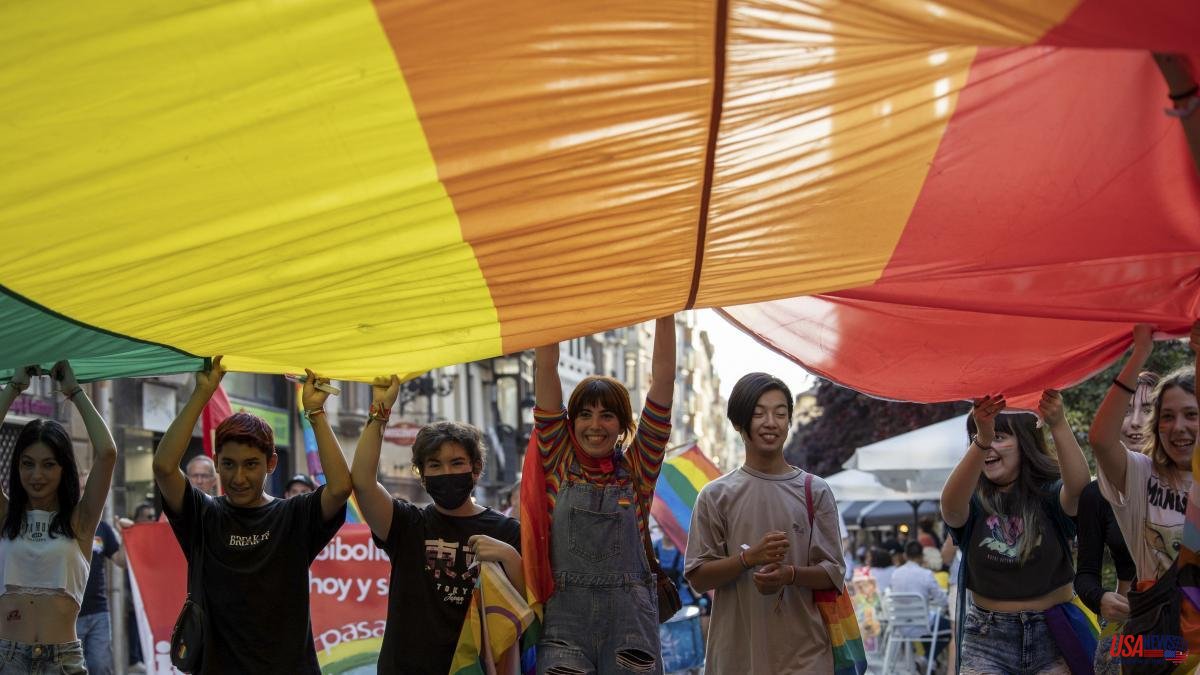 The Socialist group will request tomorrow the extension of one week to present its amendments to the trans law. It will be, reportedly, the last request for postponement that seeks both to fine-tune the proposals that it takes to committee and, also, to try to placate the deep internal debate that the party is experiencing, although it will be very difficult.

The Ministry of Equality, which has processed the bill as a matter of urgency, has insisted to the PSOE in recent weeks not to delay the arrival of the debate to the Congress commission. Irene Montero wants to have this law -basic on her political agenda- approved before the end of the year, and each request for an extension of the term has been badly received by the Ministry. The Socialist group, which is working on the amendments, indicates that this will be the last postponement and it is understood that "it does not come for a week."

The socialists are immersed in a deep debate and internal struggle around the meaning and scope of this law. A debate that began in 2021 when the first draft was presented to the Council of Ministers, but which has been growing and is coming together now when the regulation is already entering its final stretch. Feminist sectors with ample representation in the PSOE - the so-called classic feminism - consider that the core of the law, based on the right to free determination of registered sex without guardianship or requirements of any kind, threatens the fight for equality. If biological sex is eliminated, they indicate, the cause of discrimination against women is eliminated and therefore the basis of equality laws. The PSOE has already indicated that the articles referring to gender self-determination will not be amended.

Another of the workhorses refers to childhood, and in this aspect the socialists are studying whether they present any amendments. The project approved by the Council of Ministers establishes a gradation by age to allow self-determination of gender, which will not require any guardianship or any accompaniment from the age of 16. From 14 to 16, the accompaniment of legal guardians is required. From 12 to 14 it will be done through a voluntary jurisdiction process.

Classic feminism, whose main voice is that of former vice president Carmen Calvo, warns about childhood that care must be taken to ensure that boys and girls do not initiate transition processes that lead to medical treatment that they may later regret. Faced with the positions of this sector, the sectors linked to the LGTBI secretary of the PSOE defend the importance of the law, and especially emphasize that gender self-determination without any requirement ends with the pathologization of the trans collective.

Precisely, the request for a new extension made last week by the Socialists group motivated Carla Antonelli, a former deputy and trans activist, to decide to leave the PSOE militancy.

The internal struggle seems difficult to trace and will continue in the debate in committee, and in the line of ideological definition of the PSOE. The commitment of the current leadership, with Pedro Sánchez, is to support the law, approved by the Council of Ministers.