The PSG women's coach, separated for "inappropriate facts and comments"

Paris Saint-Germain has decided to remove its coach, Frenchman Didier Ollé-Nicolle, from the team due to some "inappropriate facts and comments" made about several players on the Parisian squad that, "if confirmed, would be incompatible with sporting values and humans from PSG”, he explains in a statement. 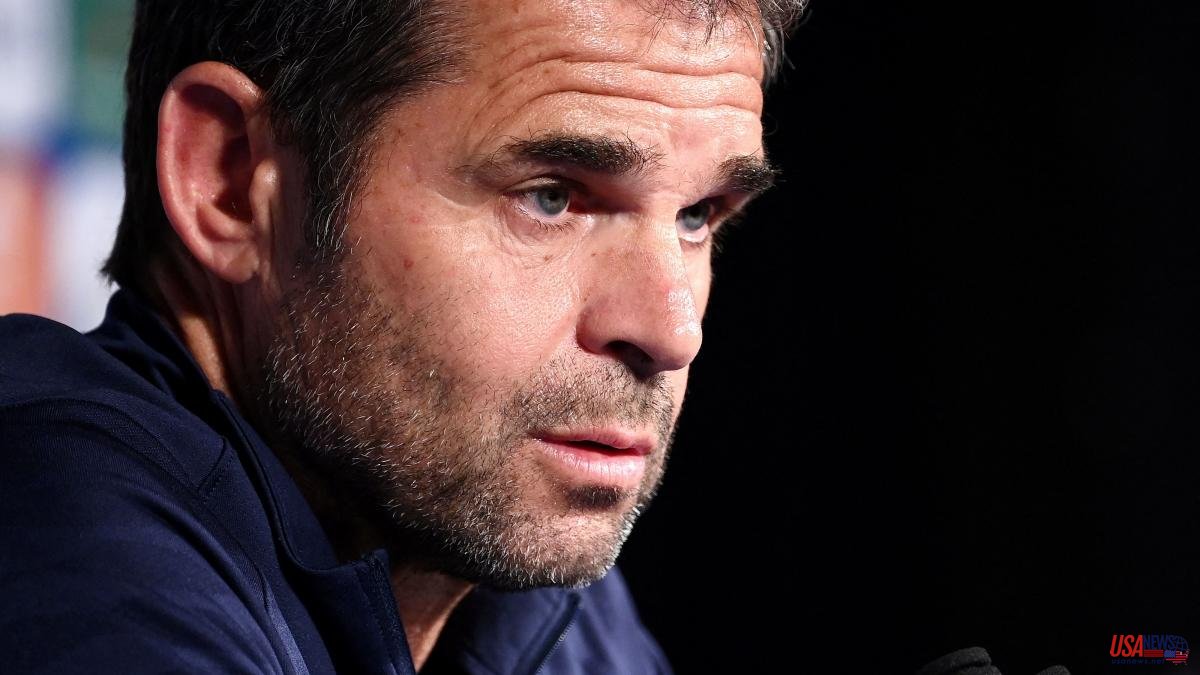 Paris Saint-Germain has decided to remove its coach, Frenchman Didier Ollé-Nicolle, from the team due to some "inappropriate facts and comments" made about several players on the Parisian squad that, "if confirmed, would be incompatible with sporting values and humans from PSG”, he explains in a statement. A new scandal for the club that is still trying to recover from the incident after the assault on Kheira Hamraoui in November, still unsolved.

As explained by the Parisian entity, the club learned of these events this Tuesday and immediately took action on the matter, removing the coach: "PSG takes the situation very seriously and intends to shed light on the reported facts and comments", the text prays. A measure that they explain has been taken "by mutual agreement" and is "precautionary and temporary". “In no case does it prejudge the results of the internal investigation that will be carried out, nor the decisions that the club must make,” they add from PSG.

One of these incidents, reported by the French press, dates back to the team's pre-season tour of the United States, when Ollé-Nicolle had just taken over the reins of the team to replace Olivier Echouafni. In a match during his American tour, the coach reportedly slapped one of the players on the butt when she was substituted. A clumsy gesture that was preceded, according to RMC Sport, by inappropriate comments about this same soccer player, they detail citing direct testimonies of these incidents.

This unfortunate event led PSG to open an internal investigation. The club reprimanded the coach and warned him to monitor his actions in the future and he publicly apologized to the squad, but was not sanctioned. At the beginning of the week, new information emerged through social networks, which has led the French entity to reopen an investigation. Yesterday, the club's Human Resources department interviewed several members of the squad, players and the coach himself.

A new scandal for a PSG that is not having its best year. In November, Kheira Hamraoui was brutally attacked by hooded men who violently beat her legs with an iron bar. An incident that has not yet been clarified and in which even a teammate had to testify. The incident caused great tensions in the locker room that, to this day, is still fractured. The former Barcelona player herself starred in a fight with several teammates last April, prior to an important Champions League duel against Olympique de Lyon.

Now, the scandal lands again in Paris at the gates of another decisive moment for the club, which is playing its only chance of snatching the League from Lyon on Sunday. A draw will be enough for the Lyon team, recently proclaimed champions of the Champions League against Barcelona, ​​to take their 15th league title.