The PSC will present an amendment to the entire budget of the Generalitat if the Government decides to approve them and register them in Parliament before sealing an agreement with them. 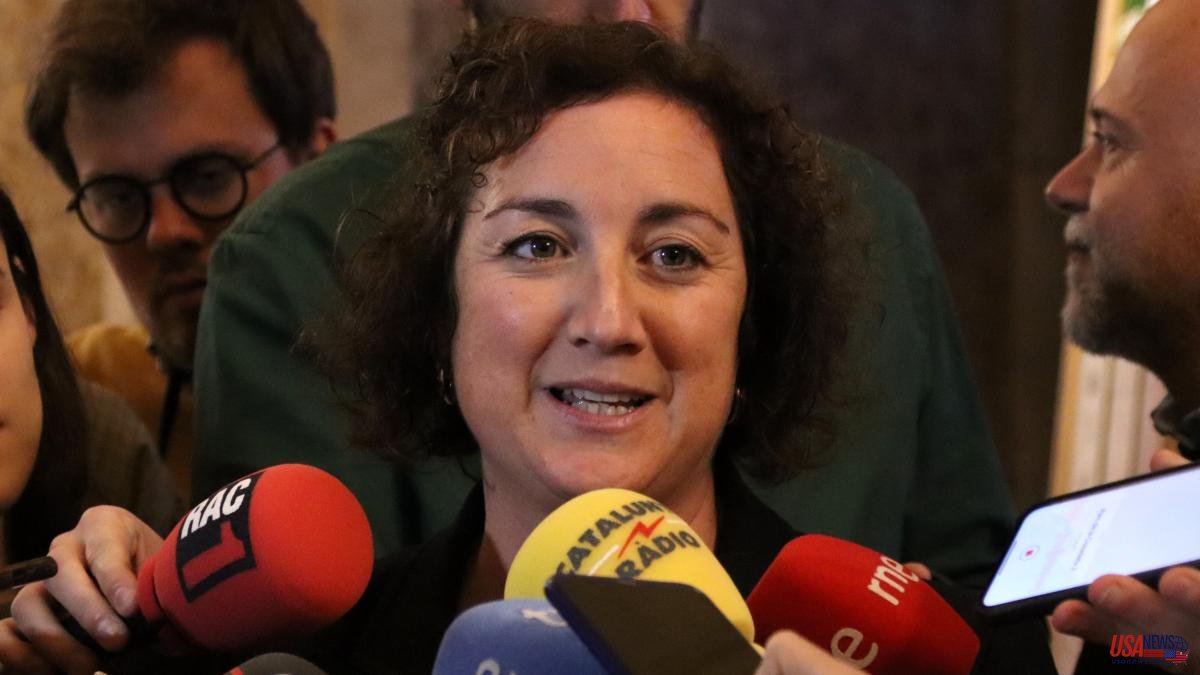 The PSC will present an amendment to the entire budget of the Generalitat if the Government decides to approve them and register them in Parliament before sealing an agreement with them. It is a warning that the Catalan socialists had verbalized sottovoce in recent weeks and that has gained strength now that the Catalan Executive has closed a pact with En Comú Podem.

In addition, the PSC parliamentary spokesperson, Alícia Romero, who has been in charge of the economic area in its formation for years, has pointed out that the expansion of El Prat airport, the Hard Rock project and the Ronda Vallès are "fundamental" projects for they, as they pointed out to the Government in their first meeting. The Socialists demand from the Government as conditions in the negotiation that give impetus to these issues, although Palau points out that they are issues outside the budget, as Minister Laura Vilagrà highlighted this Thursday in an interview on TV3.

Regarding the pact between the commons and the Executive of Pere Aragonès, Romero has indicated that it does not squeak to them, except in the tax folder, on which they have requested more details and concretion. In any case, they are aspects that must go through the plenary session of the Parliament, where they could be amended or knocked down if necessary.

Likewise, there is another point of collision, in relation to the Hard Rock, since the commoners assure that their agreement includes, although it is not written, the commitment not to allocate money to the tourist complex in the Tarragona regions. "The Government will have to decide", the Socialists point out in this regard, who recall that the numbers of ERC and common do not add up to enough support.

Romero, as the first secretary of the PSC, Salvador Illa, did yesterday, has assured that he does not feel conditioned or pressured in the times after the pact announced yesterday, and has recalled that they have offered themselves to the Government to negotiate since last August 22.

In parallel to the negotiations that the Government maintains with the Socialists, Junts also meets with the Catalan Executive, which is why from Palau they point out that they are not ruling out the four-party agreement in any case. However, this Thursday the spokesman and vice president of JxCat, Josep Rius, has been "surprised" in statements to TV3 by the agreement announced yesterday with those of Jéssica Albiach and they are studying whether there are incompatibilities between its content and the specifications that the post-convergents sent to the Government. A priori, in the area of ​​taxation, the entente does not seem viable.

Rius has admitted that the models defended by these two formations "in many aspects are opposite." "We have been surprised that they have closed an agreement with the commons, because President Aragonès said that the priority partner was Junts", he stated.

Asked if projects such as the Hard Rock, the expansion of the airport and the fourth ring road are essential for Junts, the spokesman replied that they are "very important aspects for the country." He has also highlighted that among the 50 measures that have been presented to the Government there are some that he considers to be a priority, such as aid to the self-employed and companies to pay the energy bill, or the "updating of the concerted school modules".