The leader of the PSC, Salvador Illa, has notified the Government of the Generalitat this Saturday that his proposal for the budgets, which includes the expansion of the El Prat airport, extending the B-40 in the Vallès Occidental or the Hard Rock in Vila- Seca (Tarragonès), is "minimum" and "everything" and if they do not fully accept it, they must seek other support. 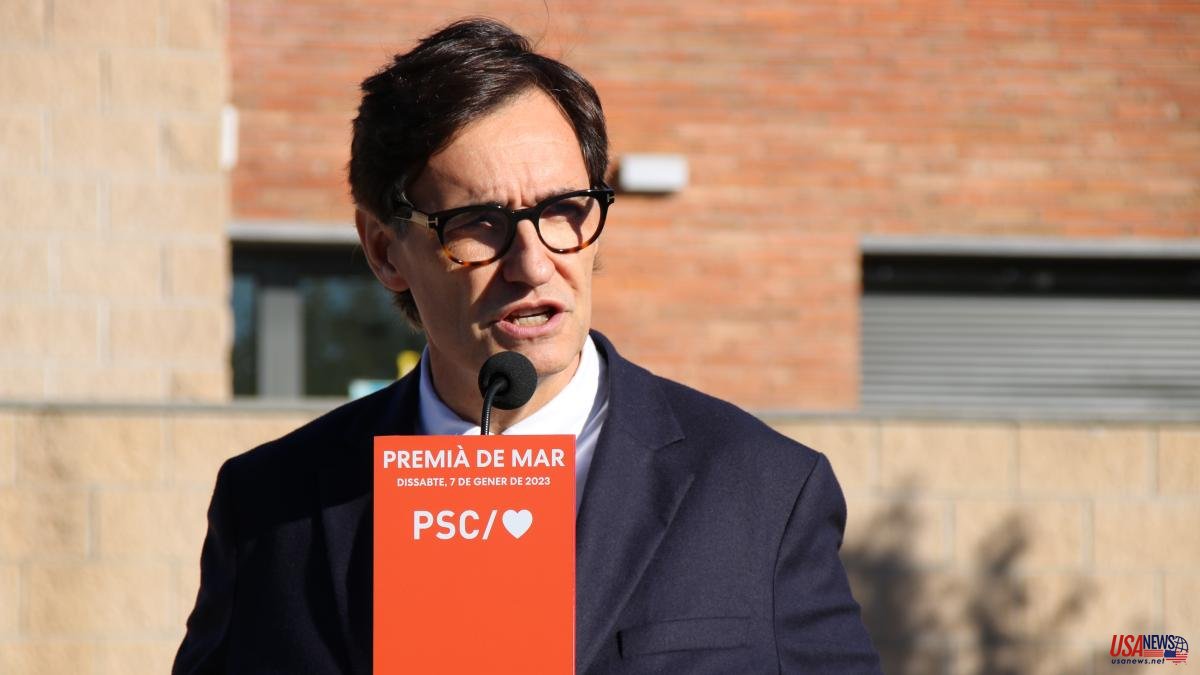 The leader of the PSC, Salvador Illa, has notified the Government of the Generalitat this Saturday that his proposal for the budgets, which includes the expansion of the El Prat airport, extending the B-40 in the Vallès Occidental or the Hard Rock in Vila- Seca (Tarragonès), is "minimum" and "everything" and if they do not fully accept it, they must seek other support.

This has been warned by the also head of the opposition in the Parliament in an act in Premià de Mar (Maresme), in which he has defended that his "minimum" proposals to support the budgets of the Generalitat are "necessary" for Catalonia to recover the "path of excellence", in view of what has urged the Government of Pere Aragonès to say if they accept them and to stop "hiding their heads under their wing" and not postponing decisions that are not "comfortable" for them.

In a recent interview with Efe, the Minister of the Presidency, Laura Vilagrà, asked the PSC and Junts per Catalunya for "responsibility and common sense" – which has also indicated that macro-projects cannot be waived – to close a budget pact once and for all , although he was emphatic in ensuring that projects such as the Hard Rock, the Ronda del Vallès or the expansion of the airport are completely "out" of the negotiation. In Palau they affirm that they are willing to address all these issues in other forums, in negotiations outside the one that addresses the accounting of the Catalan Executive for this year.

For her part, Illa stated this Saturday that she does not like to talk about ultimatums or offers to "everything, not nothing", but she stressed that the proposal that the PSC put to the Government in the last week of the year is "minimum" and involves a "whole", since "a part cannot be separated to say this yes and this no".

"From there, the PSC has little more to say, the one who has to speak now is Aragonès," indicated Illa, who has warned that if the Catalan Executive rejects his proposal, he will have to seek other support to carry out the budgets . "What sense does it make to give budgets to a Government that does not want to govern because it does not want to decide, that hides its head under its wing?" asked the opposition leader, who stated that the PSC is willing to assume "the part of the cost" that corresponds to it as a group to boost the accounts so that Catalonia advances and does not stagnate.

For this reason, he has appealed to the "responsibility" of President Aragonès to give a "clear, precise and reliable" response to the PSC proposal and, if he does not accept it, to seek the support of other groups: "with one of they have governed until recently", he pointed out, in relation to Junts.

Likewise, Illa has remarked that the PSC proposal includes projects such as the expansion of the airport, the Hard Rock or the expansion of the Ronda del Vallès, the B40, which has been "stranded" for 40 years, given what he has stated is now the Govern who has to decide and make decisions. "In Catalonia there are too many people who miss the recent past to avoid facing the future and decide those things that have to be decided today to improve the future", he lamented.

In this sense, he has indicated that the budgets must serve to generate prosperity with public and private investments, promote taxation that does not cause a "competitive disadvantage" with respect to other territories and promote an environment of legal security and efficient administration.

For this reason, it has been asked what sense it makes that, at a time "as complex" as the current one, the budgets do not take advantage of the mechanisms and possibilities of public investment offered by the Government, such as the improvement of Cercanías, the expansion of the airport or expand the northern ring road of Vallès (the B-40), which he believes can be done "very well" and with respect for the environment and that they have the support of Parliament and the territory.

"Enough of hiding our heads under the wing and postponing decisions that are not comfortable", exclaimed Illa, who considers that Catalonia "cannot wait any longer" and must now recover the "path of excellence".