The PSC amends the Government budgets with its own proposal 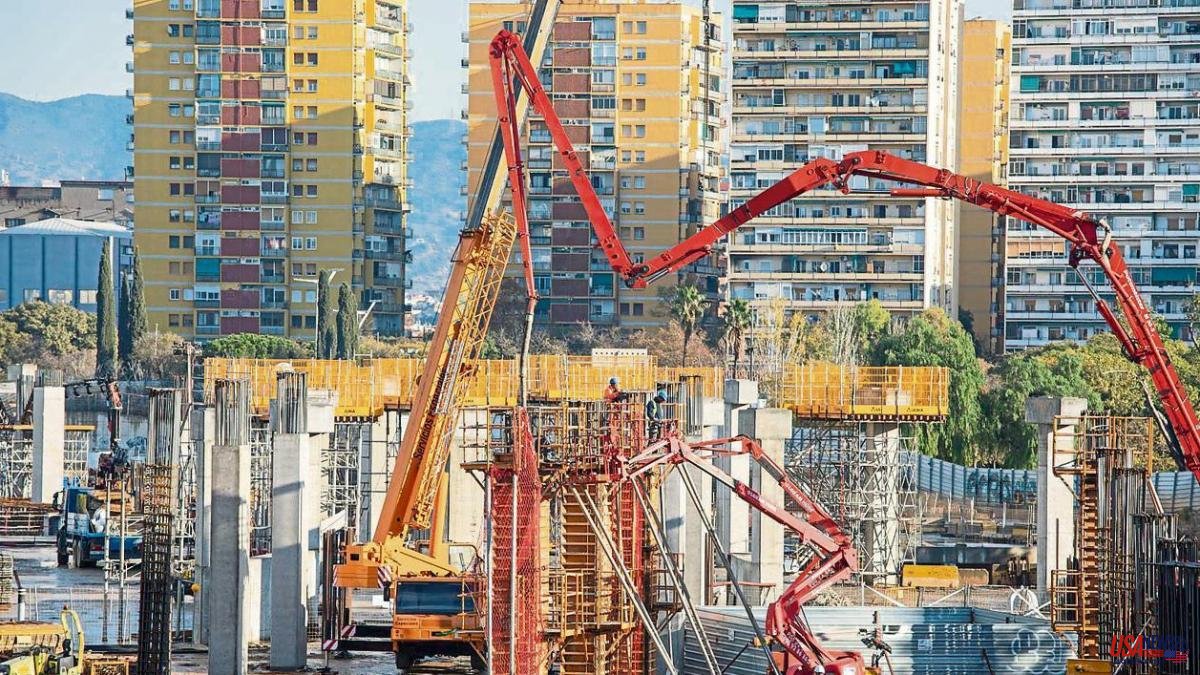 Thirty-three versus thirty-three. The PSC exhibits its strength in Parliament, equal to that of the ERC, to force Pere Aragonès to give in in the negotiation of the budgets. The socialists do not want to adhere to the accounts, but to leave their mark on them. That is why yesterday they presented their own proposal, a 26-page document in which they propose to reorient the destination of one in seven euros of public spending.

Given the "lack of specificity" of the Government in the 14 meetings that the ERC and PSC negotiating teams have held so far, the Socialists, who complain that they have not been able to see the structure of the budget that Aragonès manages, have decided to give a blow on the table and put their own projects black on white, ranging from large infrastructures to smaller but very detailed investments. The alternative budgets of the alternative government of Salvador Illa.

The Socialists "respect" the negotiating strategy of ERC, which has settled the accounts first with social agents, cultural entities and the commons, but they want to assert themselves: "If you want to have budgets, I cannot imagine that the Government will not accept our proposals", said yesterday the spokesperson for the PSC, Alícia Romero, in the lengthy presentation of the document, previously sent to the Minister of Economy and Hisenda, Natàlia Mas.

This challenge does not want to be an ultimatum or mark red lines, Romero pointed out in the Parliament press room, but it is practically the notice of an amendment to the entirety if Aragonès does not agree to a negotiation in which the Socialists can print their seal –7,000 million from a budget that exceeds 33,000 million euros– on an equal footing with the Republicans.

"To negotiate is to give in", and the parliamentary minority in which the Government is found, the "weakest" in history, as the PSC is in charge of reiterating, forces the president to make concessions after the break with Junts, which places the socialists in a privileged position: "ERC and commons add up to 41 seats, that pact does not condition us," Romero warned.

Be that as it may, the tax increase in the agreement signed by Jéssica Albiach does not match the "fiscal prudence" defended by the PSC in the current economic situation, in which the European Next Generation funds and the Government of Spain are going to contribute extraordinary resources to deal with the crisis over the war in Ukraine.

Thus, the stake is not only maintained but the Socialists raise their bet. In addition to the three large infrastructure projects already known – the expansion of El Prat airport, the construction of the Nord ring road (B-40) in El Vallès and the Hard Rock complex in Camp de Tarragona – we must add the execution of the Transformem plan Rodalies and the commitment not to extend the special protection area for birds in the Llobregat delta to benefit the agricultural park.

These development plans, which collide with the environmentalism of the commons, will also test ERC's ability to "channel opportunities" and embark on a "new course" after the "paralysis" of the years of the procés, say the Socialists, who they fear that in Aragonès the “electoralist” arguments will weigh more.

Aside from the big projects, the PSC-Units per Avançar group shells out a series of more modest items but in which its country model is reflected, such as the improvement of public transport, to which 1,826 million euros are allocated and which foresees, among other projects distributed throughout Catalonia and "the result of listening" in meetings with regional entities, the extension of the metro network in the metropolitan area of ​​Barcelona.

This kind of draft budget with which the PSC intends to unravel the negotiation with ERC, placing the ball in the Government's court, is structured in three blocks: in the first, proposals are articulated to "create prosperity" and, in addition to the aforementioned infrastructures, proposes promoting the industrial fabric, the knowledge society and renewable energies, with items totaling 1,708 million.

The second block, aimed at "protecting people", includes measures that involve increasing the resources allocated to health (1,287 million), with an emphasis on primary care, the reduction of waiting lists and the opening of new hospitals, as well as, in the chapter on social rights, the creation of two thousand new places in residences for the elderly and the full deployment of the dependency law.

Finally, a third section includes the initiatives on transparency, in which the PSC pleads for rationalization and good governance and proposes to "reorganize" the Generalitat's delegations abroad, without new openings.