At the start of the trial against Roger Torrent and the pro-independence members of the former Parliament table, the prosecutor José Joaquín Pérez de Gregorio has issued a warning to the PSOE and ERC that the dejudicialization of the procés that is on the dialogue table will not be able to paralyze causes like this. 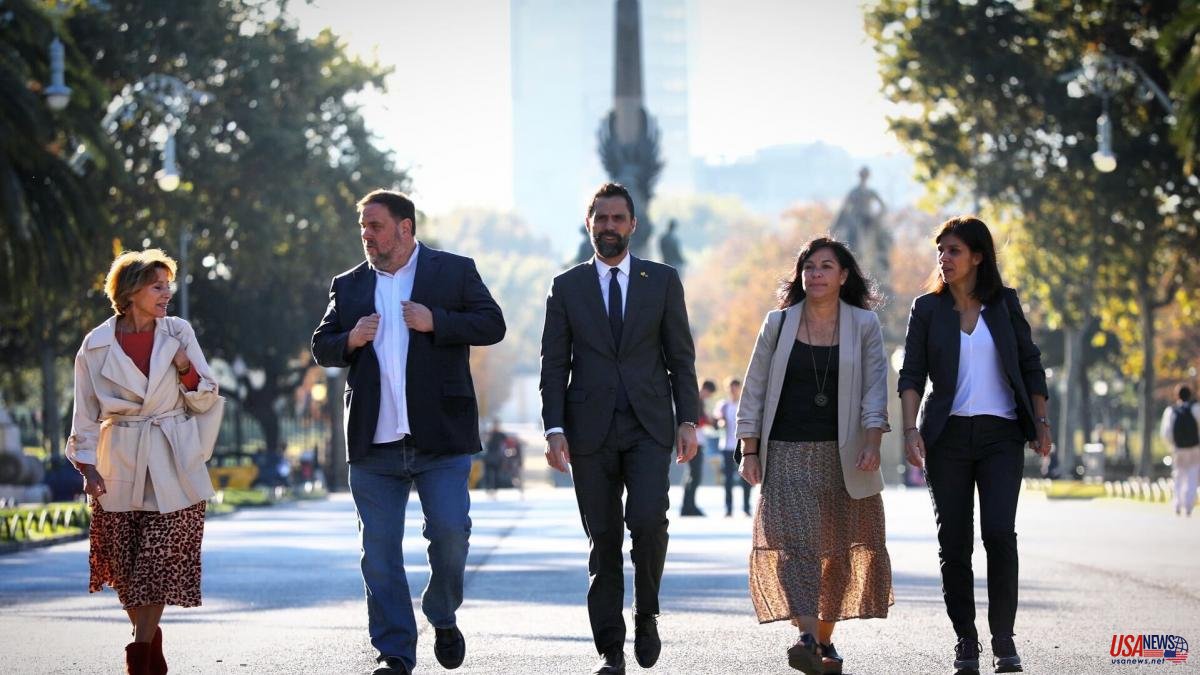 At the start of the trial against Roger Torrent and the pro-independence members of the former Parliament table, the prosecutor José Joaquín Pérez de Gregorio has issued a warning to the PSOE and ERC that the dejudicialization of the procés that is on the dialogue table will not be able to paralyze causes like this. The prosecutor has celebrated that he has started the trial after several failed attempts and after harboring suspicions that this trial "does not want to be held" and may be the subject of compensation in the Government's dialogue with the Generalitat. "It is public and notorious that they do not want this trial to take place. There is a hoax going around, which must surely be a hoax, that this trial is part of the batch of legal proceedings that have been brought to the negotiating table between the government and the Generalitat, in what is being called the dejudicialization of Catalan politics with which the file is intended against all those pending criminal proceedings against Catalan politicians dedicated to what is called the procés. I am sure it is a hoax and this room is not even affected by this hoax, but it certainly seems that there is a clear intention that this trial does not start, "criticized the prosecutor.

The prosecutor thus alluded to the large number of obstacles that this case has had to overcome. The former first vice president of the Parliament, Josep Costa, presented several incidents of recusal and managed to remove the president of the TSJC and the magistrate Carlos Ramos after detecting "doubts about his impartiality." And when the trial was already scheduled, it had to be changed at the last minute due to scheduling problems.

The trial has finally begun despite the fact that his partner, the prosecutor Assumpta Pujol, has requested the suspension of the hearing to give the court time to examine one of the last appeals that he had filed demanding the reinstatement of Judge Ramos. If the appeal were accepted, it would force the trial to be repeated. The rest of the parties, VOX - which exercises the popular accusation - and the defenses, with the exception of Josep Costa, have also requested that it be suspended.

However, the magistrate presiding over the courtroom, Carlos Mir, has rejected the petitions, arguing that "it makes no sense to delay" and that he has the "obligation to hold the trial." "There is no reason to suspend the holding of this trial" and he has indicated that there was no appeal against the magistrate's challenge with what he considers the decision to be final. And he has pulled irony in a possible repetition of the trial. “In life you have to be brave. I have the trial prepared. It is also not good for a trial to be prolonged, the parties must know if they have to be convicted or acquitted. It is a deliberate decision and this is the best solution”, he concluded.

The Prosecutor's Office requests a year and eight months of disqualification and a 30,000 euro fine for former President Roger Torrent for having disobeyed the Constitutional Court that vetoed the processing of two resolutions; one in favor of the right of self-determination and another, of disapproval of the Monarchy. The same penalty is requested for the former first vice president, Josep Costa, and for the former first secretary, Eusebi Campdepadrós, both from Junts. For the former fourth secretary, Adriana Delgado, (ERC) claims 16 months of disqualification and a fine of 24,000 euros.