The Prosecutor's Office withdraws all charges against Neymar, Rosell and the rest of the defendants

The Prosecutor's Office has withdrawn all the charges against Neymar, Rosell and the rest of the accused, concluding that there was no crime in the signing of the Brazilian by Barça. 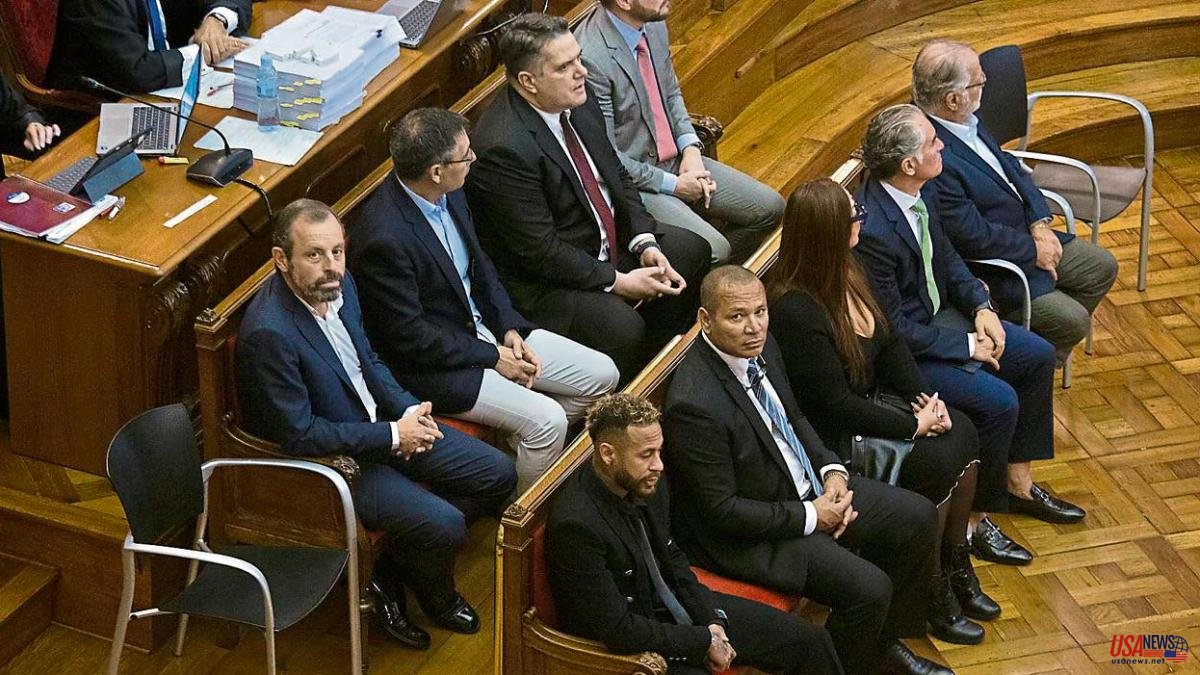 The Prosecutor's Office has withdrawn all the charges against Neymar, Rosell and the rest of the accused, concluding that there was no crime in the signing of the Brazilian by Barça. The prosecutor has announced his decision after the statements of all the defendants and witnesses in the trial have been completed. In this way, only DIS maintains the accusation for all of them except for Neymar's mother, who has also withdrawn it at the last minute.

As the trial progressed, it became increasingly clear that the signing of Neymar had little to do with criminality. Even the magistrate had come to state that the world of soccer moves "in other parameters" unlike other sectors where operations of this type may seem suspicious. With the prosecutor's decision, the path to acquittal is paved for Neymar, his father and his mother, as well as former presidents Rosell, Bartomeu and FC Barcelona itself, which was also accused as a legal entity. Upon learning of the withdrawal of the accusation, the defense lawyers have requested payment of the costs of the entire procedure to the DIS company for the damages caused.

The road to acquittal was cleared when Neymar and his lawyers moved the question of his arrival at Barcelona to the field of emotions. "He dreamed of playing for Barça since he was a child," said the Brazilian star. It was then that the arguments of the DIS accusation that tried to counteract by saying that in reality Neymar wanted to go to Real Madrid and that if he did not, it was because Barça had bribed his family through the commitment signed in 2011 in exchange for 40 million . How could the accusation show that the payment of 17 million to Santos for a world star was too cheap? Could not. Neymar went to Barça because it was his wish and the price was agreed between the two clubs for a player who was free in six months. Florentino Pérez himself in his statement said the same thing. "Neymar went to Barça because he wanted to go to Barça."

It has also been important that Sandro Rosell's statement during this Friday's session. Visibly calm, the former president has assured that they paid 17 million euros for Neymar because they advanced his signing by six months. The former president has declared before knowing that the prosecution would withdraw the charges. It should be remembered that he requested a five-year prison sentence for him, fraud and corruption between individuals, considering that he maneuvered with undercover payments to the Neymar family to save himself the payment of 40% of the federal rights held by the DIS fund.

The club had reached an agreement with the player in 2011 so that the footballer would wear a Barça shirt in 2014, once his contract with Santos ended, but Rosell explained that the then coach Tito Vilanova, when he was admitted to a clinic in New York, asked them to anticipate the arrival of Neymar. “We only advanced the contract six months. He paid 17 and his thing was to wait 6 months and have paid zero ”, Rosell stressed. However, the former president has assured that he was not part of the negotiation but only set the economic limits” to Raúl Sanllehí, who is the one who directly led the transfer talks.