The United States Department of Justice and Attorney General's Office is studying stopping its public actions in the investigations against Donald Trump until after the mid-term legislative elections on November 9. 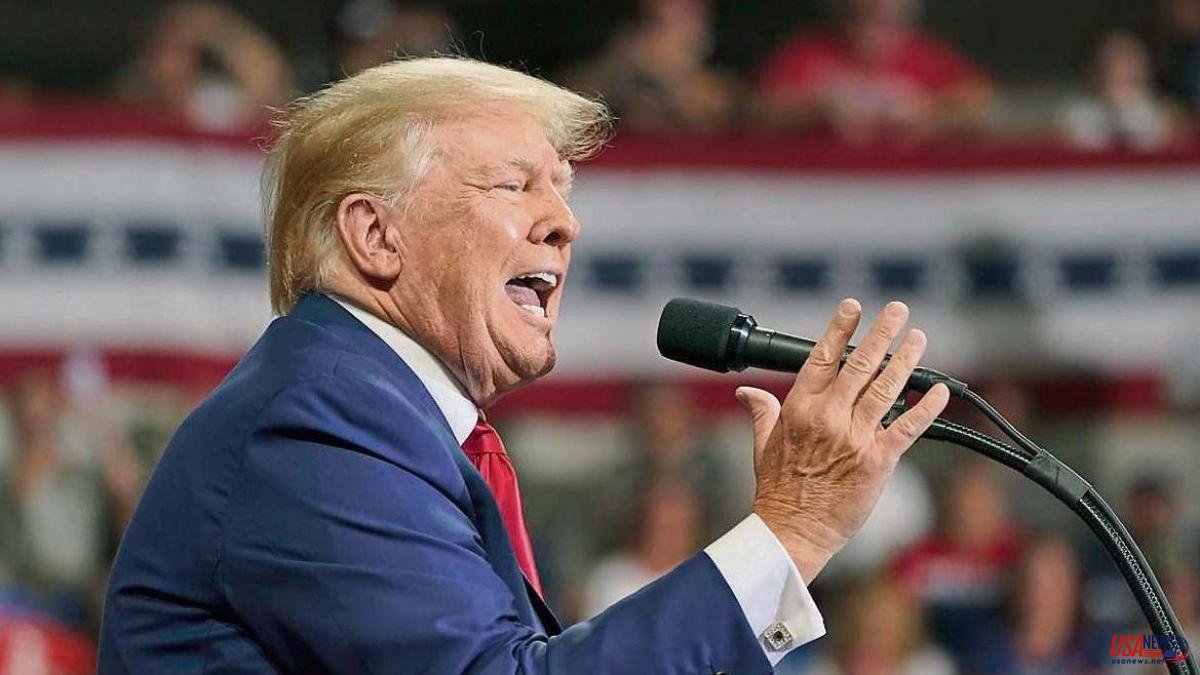 The United States Department of Justice and Attorney General's Office is studying stopping its public actions in the investigations against Donald Trump until after the mid-term legislative elections on November 9. There is an unwritten “60-day” tradition or rule here that, while not well defined and not always respected, typically imposes a pause or limit on prosecutorial proceedings against candidates and politicians involved in upcoming elections. celebration.

The possible parenthesis would essentially affect two cases here: that of the secret documents that the former president took from the White House to his Florida mansion, papers that he tried to hide from the FBI and the Department of Justice, and that of his responsibility in the assault on the Capitol on January 6, 2021 and in the other attempts to obstruct the electoral process of the 2020 presidential elections.

As much as the rule of the pause in question does not exist on paper, the Department of Justice in charge of Merrick Garland, and in general the Government of J o, want to prevent Trump and the ultra sector of the Republican Party from reinforcing and elevating their and continuing accusations of partisanship in the criminal investigations against the former president. Some accusations that, if armed with new arguments or pretexts, could not only dirty the campaign to the maximum but provoke a revolt of the extremists.

The former president and his people have already threatened a rebellion if the former is accused. “If Donald Trump is impeached for mishandling classified information…there will be riots in the streets,” Republican Senator Lindsay Graham said on August 28. And, although the warning is valid at any time, it is obvious that the coincidence of a formal accusation with an electoral campaign would immediately give wings to this type of notice.

And it does not matter that Trump does not appear in the November elections: the former president is participating more and more actively in the campaign, and a large part of the Republican candidates for the elections base a good part of their expectations on the support that he has given him.

A parenthesis in the actions of the Prosecutor's Office on Trump's alleged criminal acts – obstruction, fraud against the State, violation of the Espionage Law … – should not be a total paralysis. Rather, it would be a question of temporarily suspending public measures, especially the presentation of charges, without prejudice to the fact that the investigations continue on a reserved level and without this preventing Trump's lawyers or himself from revealing any investigations. , as happened with the entry and search of the FBI in his house in Mar-a-Lago that he communicated before anyone else.

The 60-day rule is suggested in documents from the Prosecutor's Office. The department's manual prohibits knowingly timing any official action "for the purpose of affecting any election" or helping or harming any candidate or party. And the memoranda of the department in recent years emphasize the idea of ​​not interfering in electoral processes.

However, in 2016 the FBI investigated the candidate Hillary Clinton days before the presidential elections (for the use of a private email account in official information). And weeks before the 2020 election, former Attorney General William Barr announced that officials could make public announcements and investigative acts in cases of alleged voter fraud, supporting Trump's previous claims. There is, in short, a written rule... and some exceptions. But Garland tends to be cautious, so chances are, experts say, he'll follow the rule.