The Prosecutor's Office has opposed the precautionary suspension requested by the former Prime Minister, Mariano Rajoy, to stop the rogatory commission sent by the Andorran authorities to determine if his Executive gave illegal orders to investigate Catalan leaders for their links with the independence movement, what was called 'Operation Catalunya'. 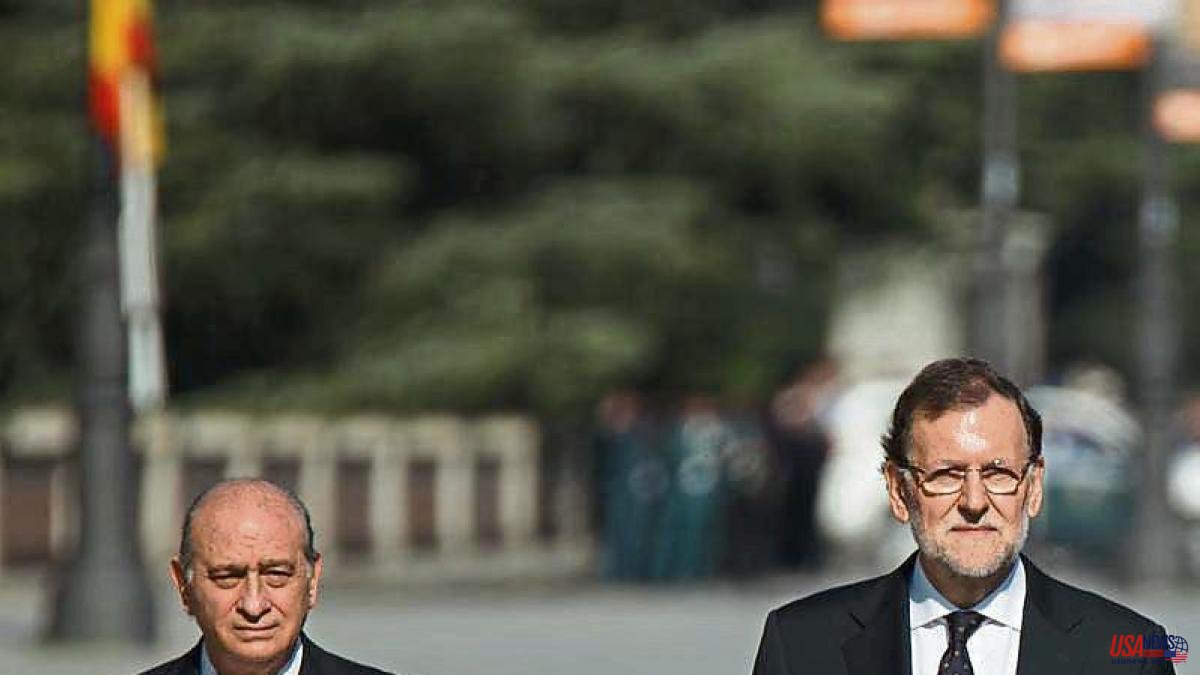 The Prosecutor's Office has opposed the precautionary suspension requested by the former Prime Minister, Mariano Rajoy, to stop the rogatory commission sent by the Andorran authorities to determine if his Executive gave illegal orders to investigate Catalan leaders for their links with the independence movement, what was called 'Operation Catalunya'.

For the Prosecutor's Office, Rajoy's allegation of a possible violation of fundamental rights cannot be sustained, and for this reason it has reported against the suspension requested by Rajoy to the Contentious Administrative Chamber of the Superior Court of Justice of Madrid (TSJM) . The brief emphasizes that the "questioning" that is made of the actions of the General Directorate of International Cooperation, which in the opinion of the former president is more than a mere procedural act, "in his case would be an examination of ordinary legality, not susceptible to be evaluated by the special procedure of fundamental rights since the violation it invokes is not proven".

For the Prosecutor's Office, the only thing that the General Directorate has done is to process judicial assistance through a Madrid Court to complete what is required by Andorra and, therefore, there is no recourse for violation of fundamental rights.

In addition, the Public Prosecutor's Office warns that the appeal filed against the Court's decision to execute the commission is already devoid of purpose because the commission has been processed.

Last June, an Andorran judge informed Rajoy and those who were Minister of the Interior, Jorge Fernández Díaz, and Minister of Finance, Cristóbal Montoro, that he is investigating them as a result of a lawsuit for alleged pressure on directors of the Private Bank of 'Andorra (BPA) to obtain information from Catalan politicians during the procés, including the Pujol family or Artur Mas.

The investigation derives from a complaint, admitted for processing in 2020, which will be presented by the Institute of Human Rights of Andorra, the association Drets and the ex-president of BPA Higini Cierco, by the so-called Operation Catalunya and includes as investigated the former Secretary of State of Interior Francisco Martínez and the former director of the Police Ignacio Cosidó.

The batlle –judge– of instruction number 2 of Andorra, Stéphanie Garcia Garcia, issued rogatory commissions to notify the complaint to the accused and to appoint a lawyer, warning them that if they do not do so, one will be appointed ex officio.

It also agreed to send rogatory commissions again to the former deputy director of operations (DAO) of the National Police Eugenio Pino and former chief inspector Bonifacio Díez, who were already summoned but did not appear.