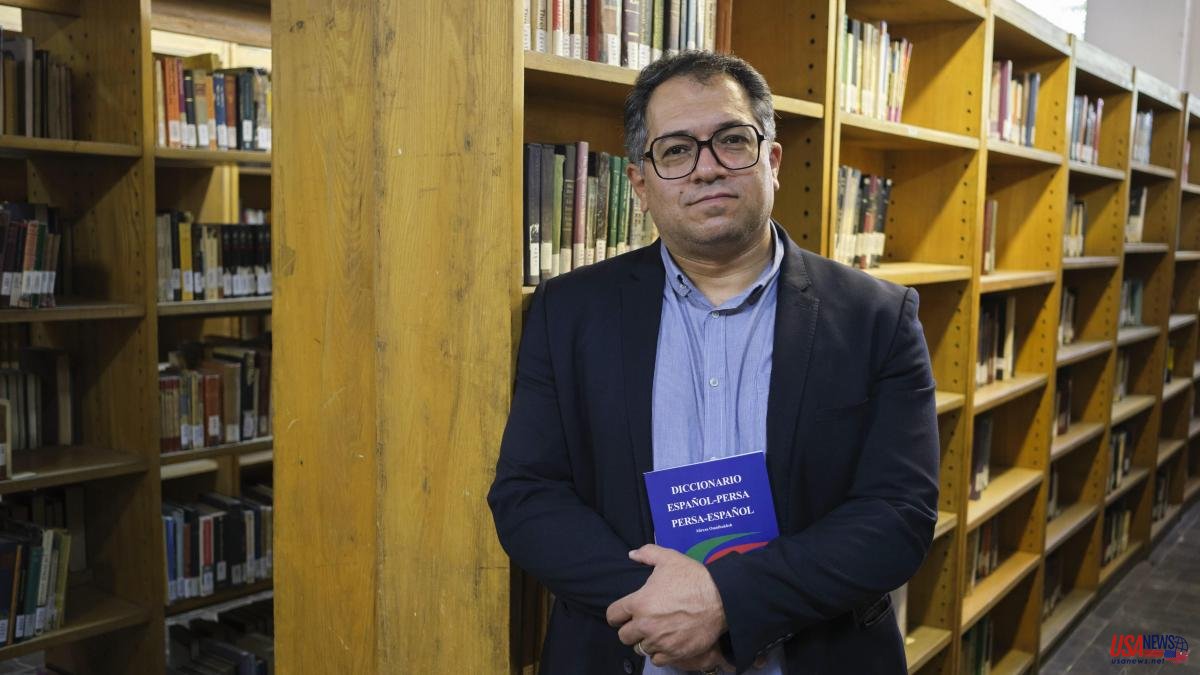 Bringing Spain and Iran closer. That is the purpose of Alireza Omidbakhsh, a Spanish and English professor at the Allame Tabatabaí University in Tehran, who presented the Spanish-Persian/Persian-Spanish Dictionary on Monday.

It is a project that began seventeen years ago and has 20,000 meanings, making it the second bilingual glossary between these languages ​​and the first with a pronunciation guide.

"Dictionaries are basic and essential tools for communication between peoples and cultures," the teacher explained to Efe during his presentation. "The objective of the dictionary is that two peoples with different languages ​​understand each other", adds the academic.

The 49-year-old academic acknowledges that everything has been the result of a coincidence since he arrived in Barcelona in 2001 after failing to obtain a visa for the United States or the United Kingdom, where he wanted to do a doctorate. He finally did it in the Catalan capital.

He learned Spanish in just five months and convinced a well-known Spanish publisher to publish the dictionary. But a year later, in full production of the volume, the publisher went bankrupt and the project was left up in the air. Nevertheless, Omidbakhsh persisted and continued to work on it.

In 2019, the publishing house of the University of Allame Tabatabaí was ready to present the dictionary, but the coronavirus epidemic has prevented it until now. “It was a difficult job, but I thought that I am doing something that is important. I am making a communication tool between peoples”, he assures.

Finally, he has succeeded. But the course has not been easy. Among the difficulties he encountered are Spanish words that do not have a Persian equivalent, such as abbot. And among the surprises, the very similar words in both languages, such as aceituna and ceitun, due to the Arabic heritage of some Spanish terms.

Your favorite word? Coexistence. "It is a phenomenon that the world needs very much"