The 'procés', neither solution nor improvement

The Catalan procés had from the first moment in the economy one of its main explanations. 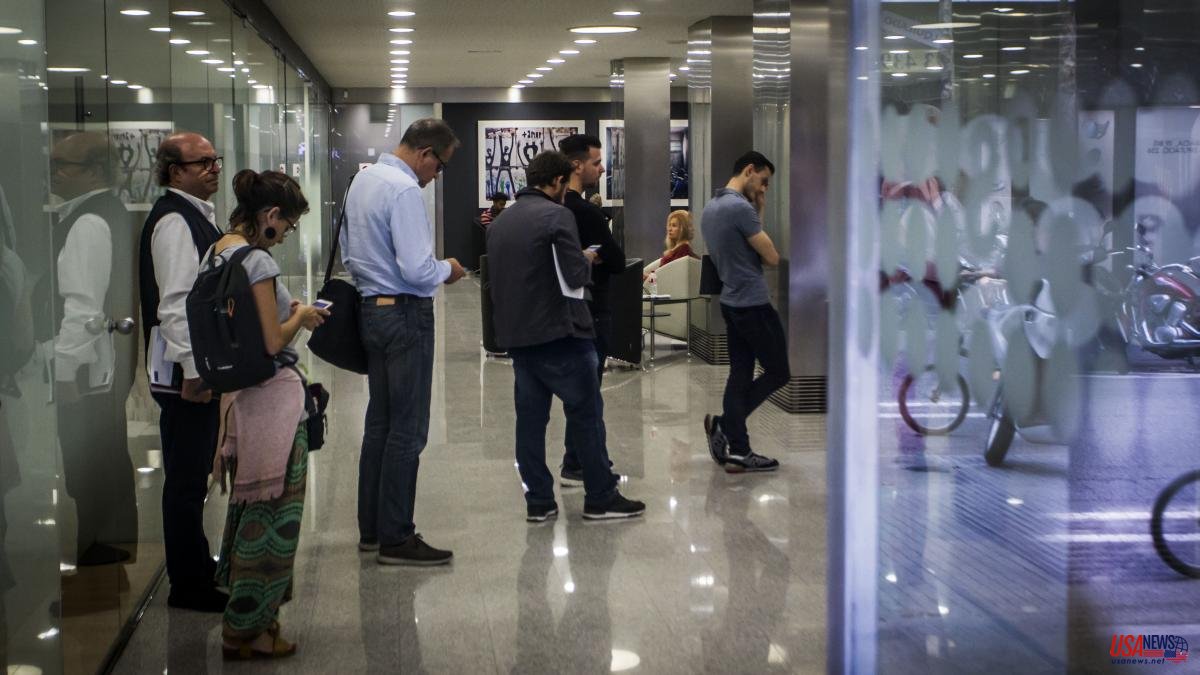 The Catalan procés had from the first moment in the economy one of its main explanations. It started at the height of the financial crisis and was incubated during the previous years on the back of the deterioration of the living conditions of the Catalan middle classes. The protests against the cuts were the starting point. Economic discontent contributed new sectors to an independence movement that until then was a minority. And Artur Mas, the president of the Generalitat at the time, fused the previous nationalist vision with economic anguish, opening the floodgates to massive adherence to a new independence movement that was identified above all with a political program centered on the fiscal pact and flight from the embrace of the economic bear of the centralist state.

Now, five years after the referendum of 1-O 2017 and the subsequent movements, especially the changes of company headquarters, it is very complex for analysts and experts to draw conclusions about the effects of those frenetic episodes. First, because it is very difficult to analyze such a dynamic and constantly changing reality, so interrelated with the global economy, based on a single factor, in this case the Catalan political crisis. Little seems to be said yet. Beyond stating the obvious, that is, that these transfers could not contribute anything positive to the economy. If it is accepted, adopting the perspective of independence, that in those days the world was looking at us, in that case, what it saw was not very edifying: announcements of transfers of the largest companies and bank panics. The magnitude of the problem can be discussed, but not its existence.

The large change of tax residence, mostly to the State capital, of businessmen and executives who have accompanied their company headquarters should also be noted. The flight of an elite that has not yet been fully valued. Large IRPF taxpayers and qualified consumers. The same as those companies, forced to do something in their new location, from the meetings of the boards of directors - there are not a few businessmen who lament "having to go to Madrid every month to see the faces that you always see in Barcelona”– to the contracting of professional services with high added value. And the long time during which Catalonia has disregarded the great economic changes, focused on the conflict. We will have to wait some time to find out to what extent this is eroding the potential of the Catalan economy. Those who are more understanding or downplaying what happened in the five years of the procés in economic terms cling to the idea that the weight of Catalonia in Spain has almost been maintained in relative terms. The truth is that, although very slowly, it has also been falling in recent years. And in a world of economic concentration, staying the same is not good news. Another, in this case Madrid, which has the support, is eating the part of the economic and activity cake that the rest of the territories are no longer able to retain.

What is the current situation, from the new observation point that involves reflecting five years after 1-O? In economic terms, Barcelona had already ceased to be a large financial center long before the procés, although it maintained a significant weight in Spanish banking through La Caixa and Sabadell; also in the insurance sector, through the presence in the city of many headquarters of large multinationals in the sector, in addition to housing the leading independent company in Spain, Catalana Occidente. The great operation of the 1992 Games incorporated among its objectives, albeit diffusely, that of Barcelona as a financial center. It was not possible. The tsunami of 2017 swept away practically everything that had to do with banking, the stock market and insurance, without anyone expressing any doubt that this trend will not be reversed. And the industry? One of the classic strengths of the Catalan economy, which has defined its historical differential transformation with respect to the rest of Spain. It began a long and deep crisis at the end of the last century and went into a coma with the Great Recession of 2008 and the years that followed.

Analyzing the evolution of this industry sector since 2001, the economist and industry specialist Josep Oliver wrote that “Catalonia has ceased to be an industrial power in Europe. (...) We are no longer part of that group of most industrialized regions and countries in Europe, but of another much less relevant group”. Probably the most accurate and explicit diagnosis of the state of an economy in industrial decline since the beginning of the 21st century and that during the financial crisis, at the height of the procés, closed companies and destroyed jobs at a forced pace. An explanatory substratum to a large extent of the furious attack of the latter. As is known, tourism was the great alternative. A sector that, in terms of economic development, added value, promotion of research and development activities, strategic solvency and environmental sustainability, is far from the new industrial trends. The world of startups and the new economy stands out, promising, although it is far from being the engine that was the industry. Although the procés and the events of October 2017 have not been the origin of anything talking about the problems of the Catalan economy, that should not give rise to claiming that they alleviated them. Perhaps they have contributed to its aggravation, with the enthusiastic encouragement of the powers of the State and of the elites benefited by the centralization of power to which in the end it has ended up opening the door. The final wake of the procés is a political swamp that makes some think of the Italian model, the one in which the economy supposedly works like a clockwork machine outside the social and political environment. Something that can only be sustained if the Generalitat is considered an inconsequential institution in this area.