The procés has reduced the nationalist electorate to 1980 levels

The political and electoral returns of the procés continue to confirm the ruinous nature of that identity vicissitudes. 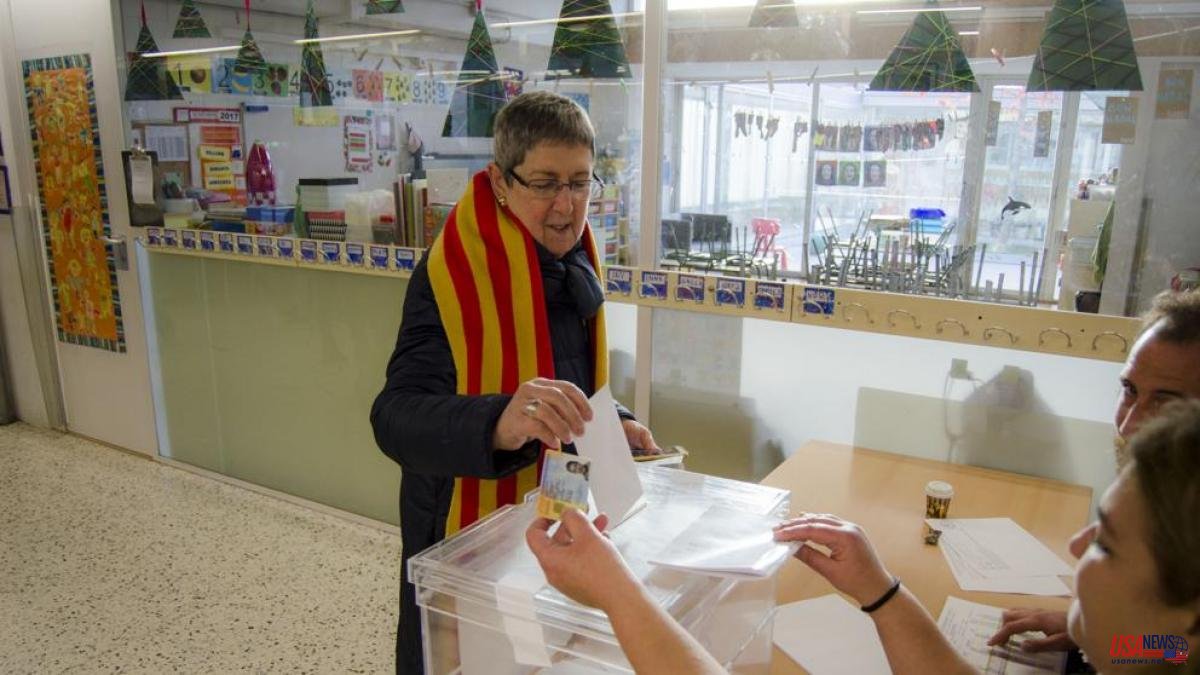 The political and electoral returns of the procés continue to confirm the ruinous nature of that identity vicissitudes. Apart from the relentless response of the State, the effects within Catalonia could not be more harmful for the independence movement: a bitter division between its main actors and a significant loss of social and electoral support. This last parameter, and even though its current setback may be transitory, nevertheless reaches unusual magnitudes. Expressed as a percentage of the vote on the census (that is, on the set of citizens with the right to vote), the independence movement has lost almost 12 points with respect to its 2017 ceiling. So, 37 out of 100 Catalans over 18 years of age supported secessionist options. Four years later, that percentage fell below 26%.

However, the most relevant aspect of the historical evolution of the nationalist vote –now explicitly pro-independence– is the comparison with its starting point in Catalonia today: the regional elections of 1980. Four decades after those elections, the nationalist vote has hardly been moved. In 1980, it added up to just under 25% of the census, and in 2021 it fell below 26%. And that rate is seven points less if the comparison is made with the 2012 elections, the starting point of the procés.

The problem of the independence movement is that this stagnation even becomes a slight setback in its most impregnable fiefdoms. To the beat of the secessionist radicalization, the nationalist vote went from 37% of the census in 1980 in towns such as Igualada, Valls or Tárrega, to approaching 50% in the 2012 elections, and even exceeding that level in the tense elections of 2017 And in other regional capitals, such as Figueres, Vic or Vilafranca, the growth of nationalist suffrage through its independence metamorphosis ranged between ten and 20 points.

The capital of Alt Penedés, for example, went from gathering just over 29% of nationalist suffrage four decades ago to close to 50% in 2017. And in Tàrrega, the pro-independence ballots reached 56% almost five years ago, while in Vic they stood at 61%, an unappealable majority. However, of that secessionist blaze today only ashes seem to remain in the so-called “Catalunya catalana”. The losses between the 2017 elections and the 2021 appointment range between 12 and 20 points.

The result of this contraction is that, for example, in Figueres the nationalist vote in the last autonomous elections was almost three points below that registered in 1980. And a similar decrease was registered in Valls, while in Igualada the vote for that sign remained practically the same as four decades ago.

Vilafranca offers a brighter balance for independence, since the nationalist vote has grown by almost seven points since 1980. But, even so, it only accounts for 36% of the census.

And although the nationalist suffrage in Manresa or Tàrrega has improved by just over one point compared to the elections four decades ago, support in terms of vote on census has currently fallen below 40%. Even unbeatable fiefdoms of nationalism, such as Vic or Olot, registered in the 2021 appointment percentages of support for the vote of that sign below 45% (and 40% in the capital of La Garrotxa), numbers almost identical to those of 1980.

But if these figures are recorded in the territories that represent the "buttresses" of secessionism, the evolution in the metropolitan areas is devastating for the independence aspiration. Support for independence reached or even exceeded the 20% mark in the 2017 elections in towns such as Badalona, ​​l'Hospitalet or Sant Boi. But it fell again to percentages even below 15% in the 2021 elections. And these figures mean that in Catalonia with more demographic weight, the hard core of nationalism has barely moved compared to 1980: one more point in Badalona , Cornellà or Sant Boi, and less than one point in l'Hospitalet or Santa Coloma. And in the case of Barcelona capital, less than two points. Magnitudes that make a secessionist majority very difficult in a theoretical consultation.