The privatization of health: the wolf is coming!

The one of the sanitary privatization is a star subject; due to its relevance given the feeling of well-being associated with the possible loss of said social protection. 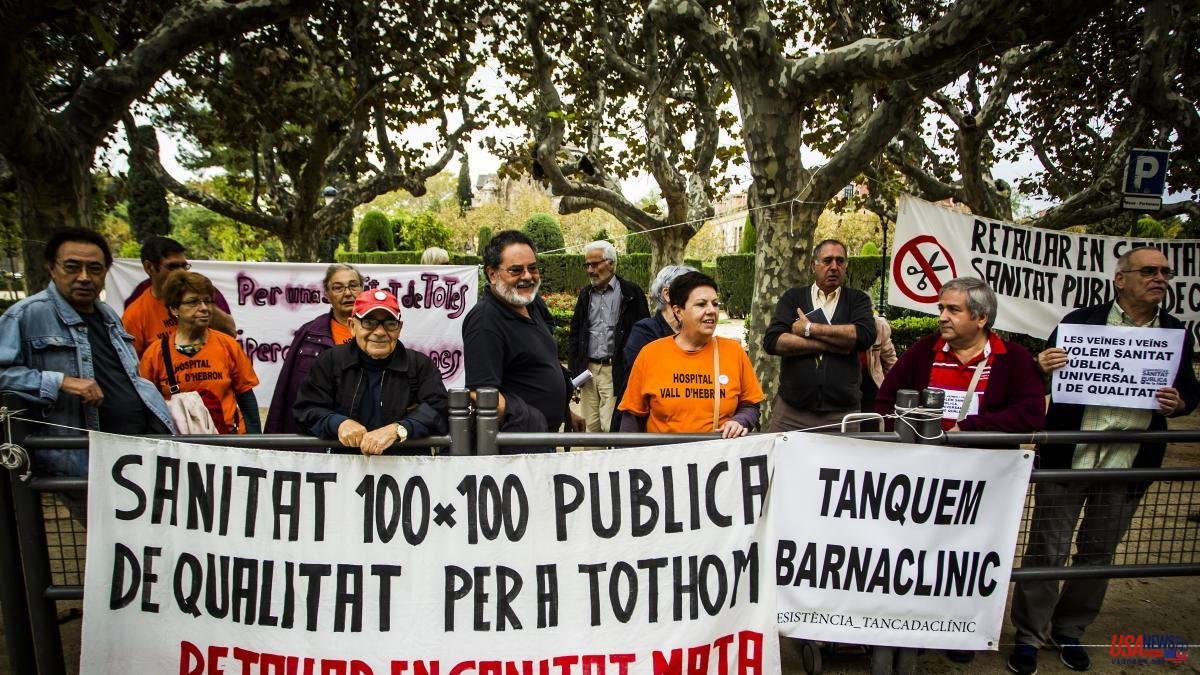 The one of the sanitary privatization is a star subject; due to its relevance given the feeling of well-being associated with the possible loss of said social protection. We have proof of this in the form of a new bill from the current government to shield the system against alleged privatization on the basis of articulating the universality and fairness of the system, and a few more things of a nice label, thought from the idea the publication of everything that touches public money and the prohibition of copays included. However, it is not at all clear what we are referring to when we talk about the privatization of the public health system.

Technically, privatizing public health, or its equivalent, leaving health protection in the hands of private decision (Rothschild-Stiglitz theorem), consists of allowing a group to leave the public system and in exchange for this stop contributing/paying taxes on the part corresponding to health financing, to seek coverage for individual account and risk. The closest thing to this was in its day the collective options of the so-called collaborating companies: large institutions that in exchange for the health contribution of the time sought alternative coverage to the public one with the approval of the unions. With health financed with general taxes, that anomaly disappeared, after the embarrassing stage in which general resources were transferred to finance private health. Some will say that the public mutual system is also similar. But in reality they exercise their private option, privileged at no cost, in relation to the insurer providing services, not in relation to its financing (the private choice exercised by the majority does not exempt them from paying taxes). Therefore, privatization in the sense of opting out, leaving the system in terms of both public assistance and its financing, does not exist today in our system and I do not think it is expected to emerge.

Sometimes, however, privatization is inappropriately spoken of when partially on the expenditure side the service provider is not the traditional public provider, or on the revenue side when co-payments are generated. Neither of the two things is, again, 'privatization'. Copayments, like fees, are publicly controllable income for their destination, and often serve to better finance public services (for example, in public universities). On the provision side, a concert or a concession does not imply privatizing the health system either, since the financing continues to be public. This decision, acceptable from the theory of public management, shows in any case a greater or lesser confidence of the regulator-financer in the ability to provide health as one more administrative service, with the pros and cons that the functionalization of services entails. . But it is not technically a privatization.

Let's give a twist: perhaps in health provision we can see the wolf's ears when health concerts are signed by private for-profit entities (as in Andalusia) instead of agreement agreed with municipal foundations, provincial consortiums, university or religious entities (as in Catalonia). It is understandable that someone does not like that public financing goes to companies and even less so when they are listed on the stock market or as unspecified investment funds. But strictly speaking, this is not proof of privatization of the public health system either.

If we analyze it from the supplementary income side, perhaps we could here distinguish forced out-of-pocket payments from voluntary contributions. Among the first we find the co-payment that the public system imposes, for example, on medicines, or the payment equivalent to one hundred percent of those effective benefits but that the health system, due to its cost, decides not to assume (it is already known that in a democratic society what is not given is not prohibited), as in dental protection, and to a large extent in mental health. Among the second out-of-pocket disbursements, we would consider the premiums for a voluntary insurance regarding benefits that are in fact concurrent with the public ones, but with a different subjective assessment of their quality. Let us note that the system with the latter is not privatized (rather in its operation it centrifuges some costs), but if anything it is the society that seeks a private plot for some care components that the citizenry appreciates that the public system offers deficiently. It is the society that reacts (not the system that transmutes) towards the private, in the face of the alleged poor prioritization of the public catalog of benefits (for what it leaves out), not well ordered by cost-effectiveness criteria, or that even with this task well carried out, the service offered has few incentives for its higher quality (waiting list, lack of access to decisions, no second opinions, etc.) that makes citizens seek the voluntary supplement. So today we would say that, if with the management of the current socialist government private insurance grows, this is not the fault of society or ideology: it is the result of the perception of poor government management, which does not properly finance services , or is not capable of satisfactorily maintaining effective and decisive primary care as the gateway to the health system. It is not a 'mistake' of a society, no matter how important private health marketing is, but rather its reaction, sacrificing - yes, those who can - part of their purchasing power in other goods and services in order to improve their care. The responsibility is public (never private), neither of insurers nor of private centers that, as one more business sector, try to make profitable the failures of the public offer perceived as such by the families. Without this being privatization again (nobody abandons the tax payment pool or loses the right to public use), it may be an indication, as we said, of the lack of trust of society in the government managers of the public health system given the lack of desire for change in healthcare financing.

The significant growth of voluntary insurance is then the symptom that causes a bad prognosis: inequalities can enter through an implicit path that is very dangerous for equity; not that of public co-payments but that of access to diagnoses carried out in the private sector that later enter the public system as urgent, from the duality in the professional practice of thousands of doctors who combine private and public practice and thus can control the flows of patients. This is probably where the problem of real equity in access lies, since this has the approval of those citizens who scratch their pockets to improve their own well-being. And this is certainly not fixed by a law, nor the prohibition of certain private offers, nor the supposed abolition of copayments by decree and other ideological ersatz prejudices in typical ostrich politics.