The price of gasoline and diesel breaks a new record 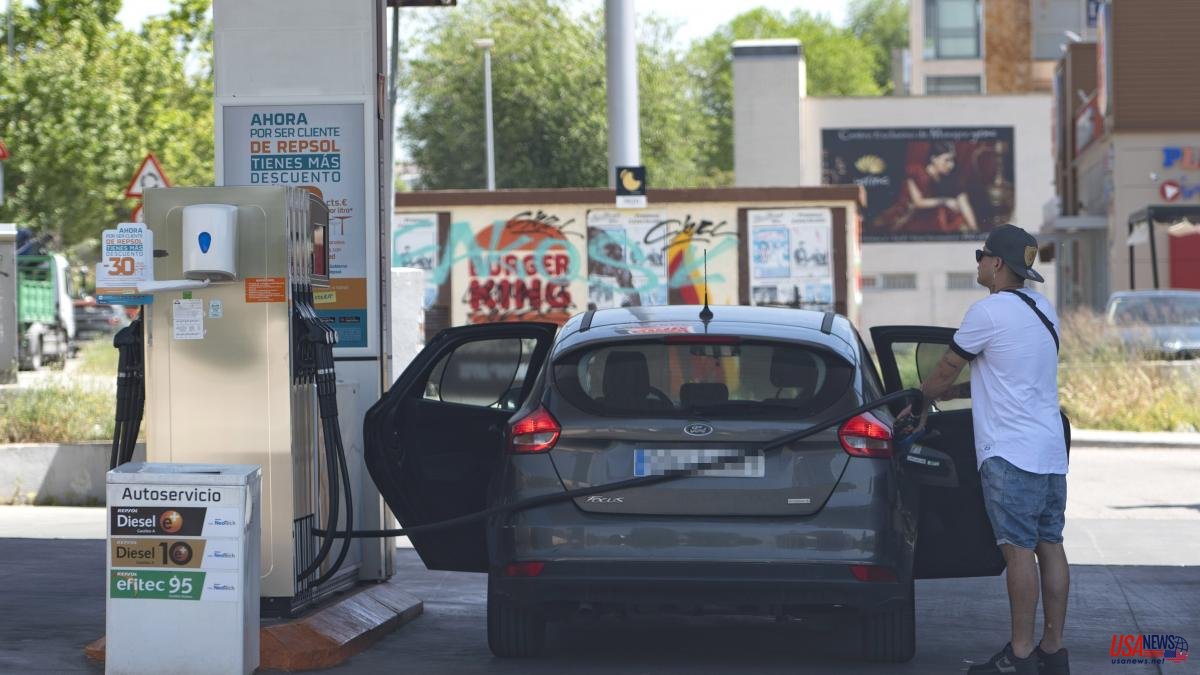 Fuels continue to rise relentlessly. The price of gasoline rises again and stands on average at 2,141 euros per liter, two cents more. While diesel increases seven cents and reaches 2,076 euros per liter, according to data released today by the European Union (EU) Oil Bulletin, which includes the average price registered at more than 11,400 Spanish service stations between 14 and on June 20.

Thus, filling the fuel tank of a vehicle with 95 gasoline is 1.13% more expensive this Thursday than a week ago. And in the case of diesel, the difference is 3.64%. In both cases, the price is above the EU average, where gasoline costs 2,036 euros per liter and diesel 2,031 euros, although if the Government's 20-cent bonus is applied, the price of both fuels remains below the European average.

Including the discount, the average prices of gasoline and diesel stand at 1,941 euros and 1,876 euros per litre, respectively.

The escalation in fuel prices has caused the Government's measure to discount these energy products since last April 1 to lose its effectiveness, since it has not managed to stop the upward trend. Counting on this subsidy, the price of a liter of gasoline would be almost 12 cents more expensive than in the last week of March -when it stood at 1,818 euros per liter-, before the discount began to be applied. However, it must be taken into account that the data provided today by the EU does not reflect the bonus of 20 cents per liter, since each oil company applies its discounts and promotions to loyal customers.

In the case of diesel, the average price per liter has registered an increase of 3.64% in the last week, to exceed the bar of two euros (2,076 euros) for the second consecutive week. Thus, when applying the reduction of 20 cents per liter, its amount would be about three cents higher than the price it marked at the end of March (1,837 euros per liter).

Compared to the same week a year ago, the average price of a liter of gasoline has become 55.82% more expensive, while in the case of diesel it is 67.68% more expensive, although without taking into account the bonus currently in force.

Fuels have not stopped getting more expensive since the outbreak of the war in Ukraine at the end of February. Since then, the price of gasoline has risen 33% and that of diesel 38%. An ascending line that coincides with a context of constant increases in the price of crude oil. The barrel of Brent, a reference in Europe, is trading this Thursday around 110 dollars, about 47% more than a year ago. While West Texas oil is exchanged at approximately $104, 59% more than in June 2021.

However, the price of fuel does not only depend on the evolution of crude oil, since the price of gasoline and diesel depends on other factors, such as taxes, the cost of raw materials, logistics and gross margins.