The pressure, the sides and other keys of Liverpool in the Champions League final

The Stade de France in Paris will be the stage where the new champion of the 2021-2022 Champions League will be decided. 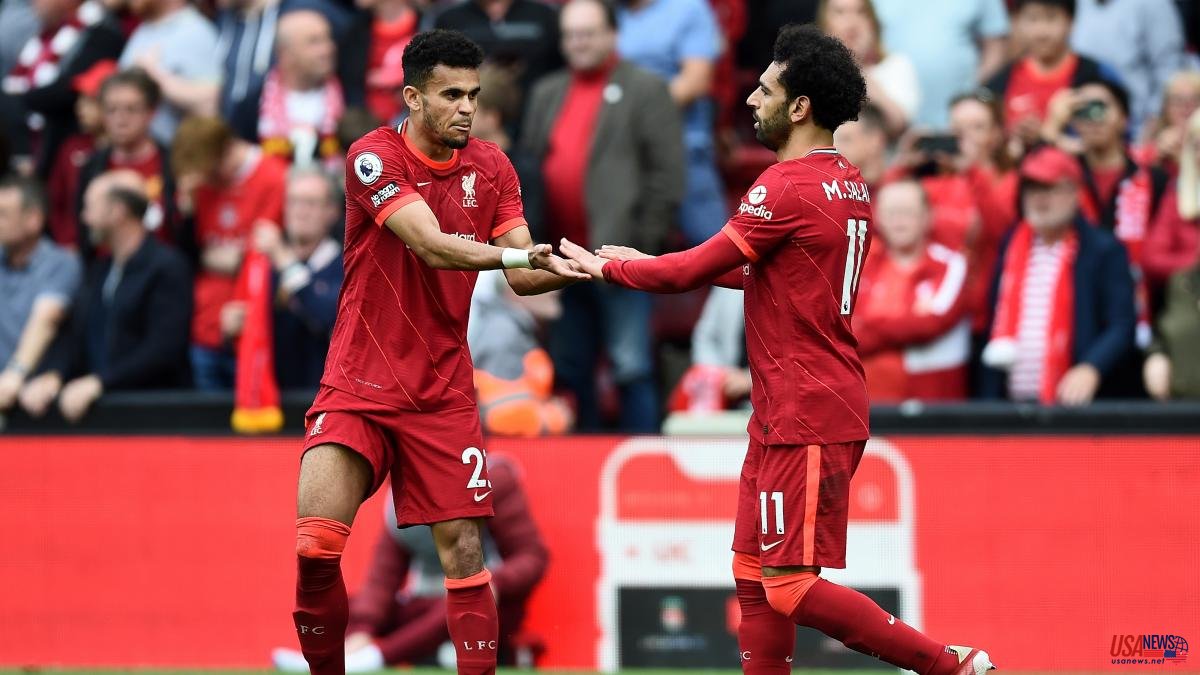 The Stade de France in Paris will be the stage where the new champion of the 2021-2022 Champions League will be decided. Liverpool and Real Madrid will fight for the European throne in a match with many nuances and without a clear favourite. These are my 5 tactical keys from the perspective of the English team:

Jürgen Klopp's team has played in a very marked structure for a long time. Under the classic 4-3-3, the reds are organized very high up the field and with the intention of applying a direct game. The extremes are not amplitude players but quite the opposite: elements for the depth. And for this, they play closed. Which thing makes Liverpool pull a lot of vertical passes to contact them instead of elaborate plays. In the first leg of the semifinals against Villarreal, 65% of the Reds' passes were forwards and 72% in the second leg. Tonight will be no exception. Especially if it is Liverpool that has more weight in the game. Which is more than likely since, despite having a much more vertical style, it is the team that has averaged the most possession in this Champions League (59.8%).

Liverpool is a pressure machine. An aspect of the game that serves to link one attack after another. In fact, the reds do not annihilate their rivals by playing but by insistence. Both in the attacks and in the rhythm of the game that they print. And the most dangerous plays tend to come in quick actions that are linked after a recovery in the opposite field. Tonight they will have a couple (Kroos-Modric) in front of them who come out of pressure like very few in Europe but if Klopp's men manage to maintain the effectiveness of the pressure, they will have an advantage.

And it is that the best couple of full-backs on the European scene is, right now, from Liverpool. Largely due to the skills of both (Alexander Arnold-Robertson) and also because the occupation of the spaces described in the first point gives them a lot of prominence. They intervene a lot in the game finishing most of their actions in the center. It is no coincidence that Liverpool has been the team that has focused the most in the Premier (24 on average per game) and the one that has focused the most in this Champions League (20 per game). Something that they complement by attacking the area with at least three finishers. One of the main arguments for the Champions League to go to Anfield Road will fall on the ability to profit from it.

Due to his profile and his current peak, the possible loss of the former Barça player would be very sensitive for Liverpool. He is about the most different player on the team and the one who makes the Reds combine moments of control between the offensive disorder in which they like to move. In case he can start, his place will be occupied by Keita accompanying Fabinho and Henderson (who seem fixed). It can also be Milner or Jones who do it. That would change the face and behavior of the English team in the middle. The pressure, the rhythm and the verticality will be even more marked. If the former Barça player can finally play, Kloop's men will have more variety, more quality of play and more last passes. His contest can be key.

Two players who can be decisive. Mo Salah is the player who makes the most difference in Liverpool's attacking plan. He has such a differential controlled electricity that it is very difficult to stop him at short distances. In addition, he has an extraordinary dry hit and a lot of goals. 81 goals in the last three seasons between the Premier and the Champions are a strong enough record to corroborate it. Also highlight a footballer who has adapted wonderfully to the Liverpool environment: Luis Díaz. Six goals and four assists in just over 1,200 minutes of play. The Colombian is smart, fast and very skilled. Starting from the left peak in Carvajal's area, he can be a determining factor due to his imbalance and his offensive contribution in general.