The president of Naples, Aurelio de Laurentiis, charged against UEFA for the "false" European competitions such as the Conference League, opened the door to a new European competition and claimed not to want to sign African players because of the Africa Cup. 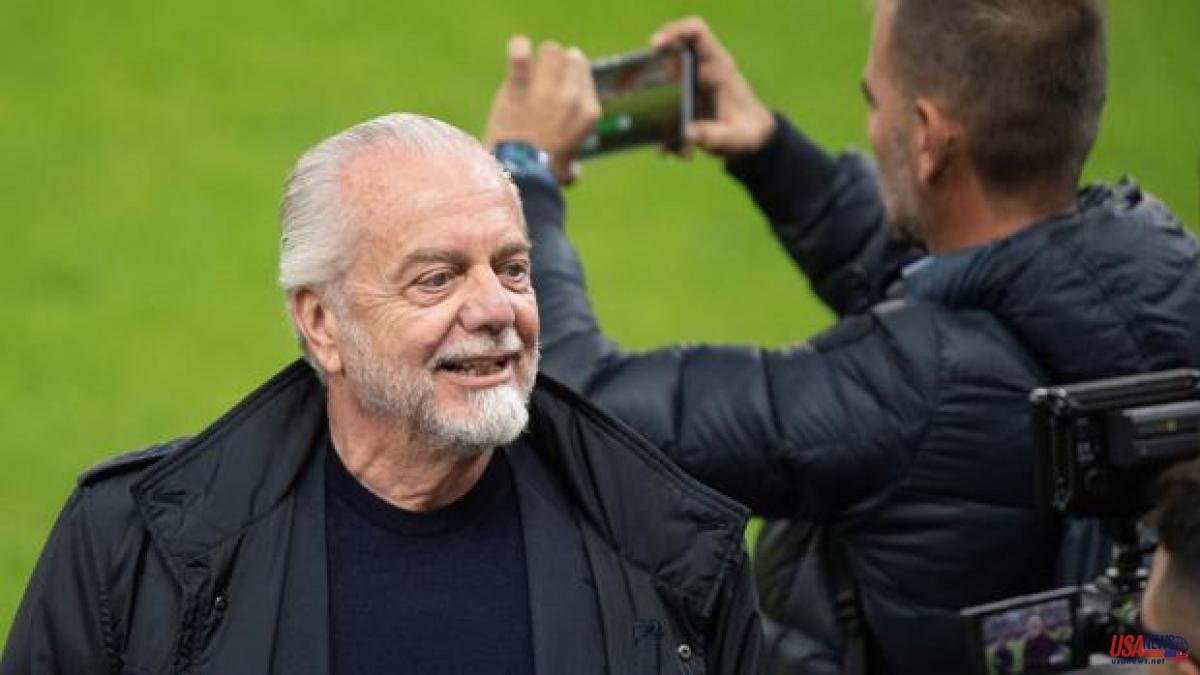 The president of Naples, Aurelio de Laurentiis, charged against UEFA for the "false" European competitions such as the Conference League, opened the door to a new European competition and claimed not to want to sign African players because of the Africa Cup.

Always controversial, De Laurentiis did not leave a puppet with a head. The film producer attended the 'Wall Street Italia' program from Monday to Tuesday night to address different issues related to football and finances. In his statements, the 'partenopeo' president made it clear that he is against all UEFA competitions and that the big leagues need to come together to create a new competition.

"We idiots lend ourselves to playing about fifty games a year. The five big leagues have to have their own tournament. Enough of these fake competitions like Champions, Europa League and Conference League. We need to create competitions that are played for a week between the five best European championships," he said.

"I was against the Super League, because it was a competition by invitation only. There were privileged people who invited others. The Conference is stupid. The young people are abandoning us because the championship is false and it is not more competitive," he added. .

Nor is he enthusiastic about the idea of ​​this next Qatar 2022 World Cup. He blames FIFA for putting it in November and believes it will be like having two leagues: "It is the state (Qatar) that pays PSG's galactic salaries because it continues to extract oil. And therefore they had the power to postpone the World Cup to November, making life very difficult for the club: this year it will be like playing two championships."

In addition, the president assured that he will not sign any more African players, a few days after the Senegalese Kalidou Koulibaly signed for Chelsea. "I'm not going to sign more African soccer players. I'll do it only if they give up the African Cup, because then we don't have them available. We pay their salary so that they go to play in the middle of the championship," he snapped.

Finally, the Italian president revealed that Naples is "licking its wounds" because of the pandemic: "We have lost 200 million euros in the last two years." However, the investment funds see the 'azzurro' club as a good business opportunity, although De Laurentiis, at 73, does not contemplate a sale. "The funds that want to buy Napoli are chasing me. The Americans offered me 900 million to sell the club in the past. But I still enjoy it and I don't want to retire. I want to be the 12th man on the pitch," he said.