The premonitory beginnings of Koundé

The Stade Louis Dior, in Granville, in Normandy, only has one stand. 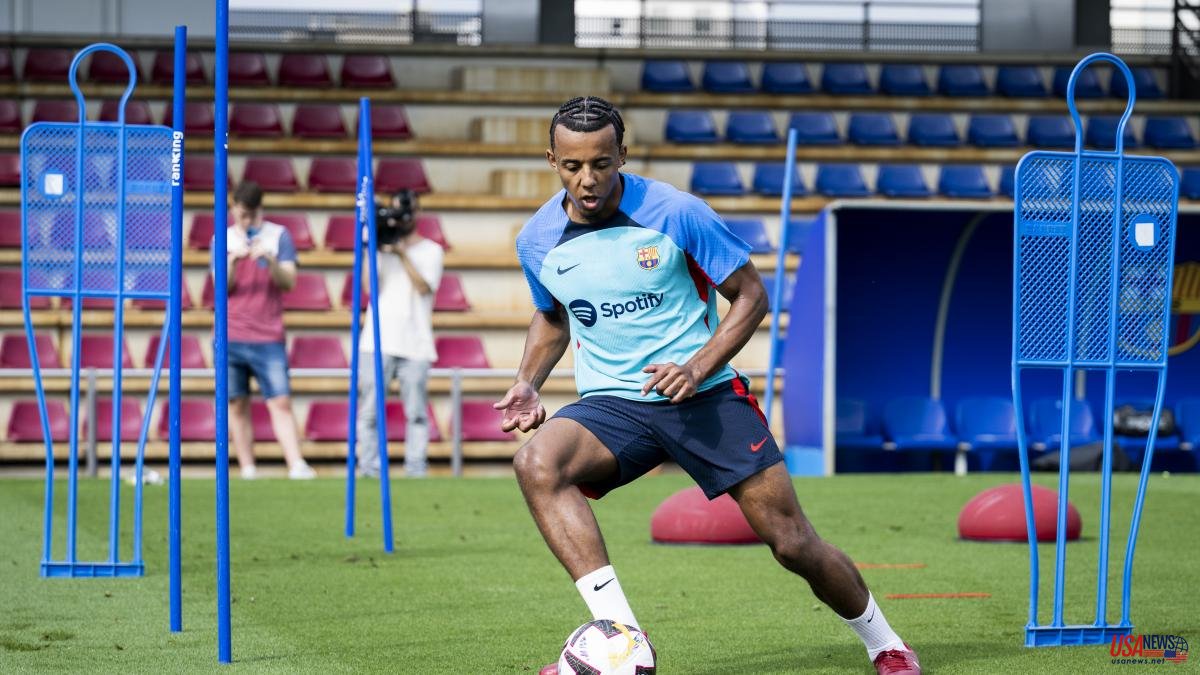 The Stade Louis Dior, in Granville, in Normandy, only has one stand. It is not the Spotify Camp Nou. On January 7, 2018, 3,000 spectators gathered there to see their team, from the French fourth category, eliminate Girondins de Bordeaux from the Cup in extra time (2-1). Jules Koundé made his Girondins debut that day, playing 120 minutes for a team, the visitor, who ended up with three expulsions. He was 18 years old but, while his classmates lost their temper, he showed an unbecoming serenity.

There he ended up convincing Gourvennec, the coach who gave him the alternative as a central defender although he saw him more as a winger. "They think I'm too small (1.78 m) to evolve in the axis of the defense," the player complained in an interview. Now not being so tall allows him to be faster and cleaner: 6.6 recoveries per game and just 15 fouls in the last League.

Two games after the debut there was a change of coach. The new tenant on the bench was Gustavo Poyet, who perfectly remembers the first weeks of working with him. "I like that the center back goes up to the middle of the field with the ball to generate superiority and he was launched and I almost had to stop him," the Uruguayan writes on his website.

"Jules, do you remember that you are the center back, right?", the former Zaragoza player yelled at him for his courage with the ball at his feet and his ease in advancing. That still stands in the game of the Frenchman, who last season averaged 21 passes in the opposite field per game, three more than Araújo, for example. Perhaps his most remembered goal with Sevilla was scored against Barça with one of those additions, after making a wall and dribbling past Griezmann, Busquets and Umtiti.

Shortly after, the new Barcelona player appeared in the Uruguayan coach's office. "He asked me to train individually in the afternoon," recalls Poyet, who explains it. “He had realized that diagonal game changes cost him and he wanted to do extra work,” he highlights.

I was worried about the hitting on those passes. Poyet handed him the ball and he had to send it to the left wing, to the winger's place. His improvement is obvious. To the point that last League he had 58% accuracy on long passes.

The next, at the age of 19, he played 37 games, all as a starter and all complete in Ligue 1. There he became close friends with Tchouaméni – the new Madrid signing is a brother to him – and he met Sergi Palencia, former captain of the Barça subsidiary, who was amazed by his exuberance and his continuous evolution. For all this, Monchi signed him for Sevilla.

In his first year, in the middle of derby week, he showed up at the facilities with a green shirt. Immediately he detected that several workers looked at him strangely. “It is not a Betis green”, he clarified.

The only child of a single mother, Koundé has always had very clear values. "If she told him not to shoot at a wall on the street, the ball would not hit that wall again." That is why Patrick Battiston, champion with France of the 1984 European Championship and his coach at Girondins B, still sets him as an example. “His mentality has helped him to assimilate everything naturally. He is a very quiet boy. Simplicity is the basis of growth”, he praises her. Some beginnings that leave a mark and now, that he is 22 years old, they are worth 50 million.