When on October 30, 2017 the president of the Generalitat, Carles Puigdemont, arrived in Belgium accompanied by several ministers in what was then defined as a "trip", one of the first doors he knocked on was that of the lawyer Paul Bekaert . 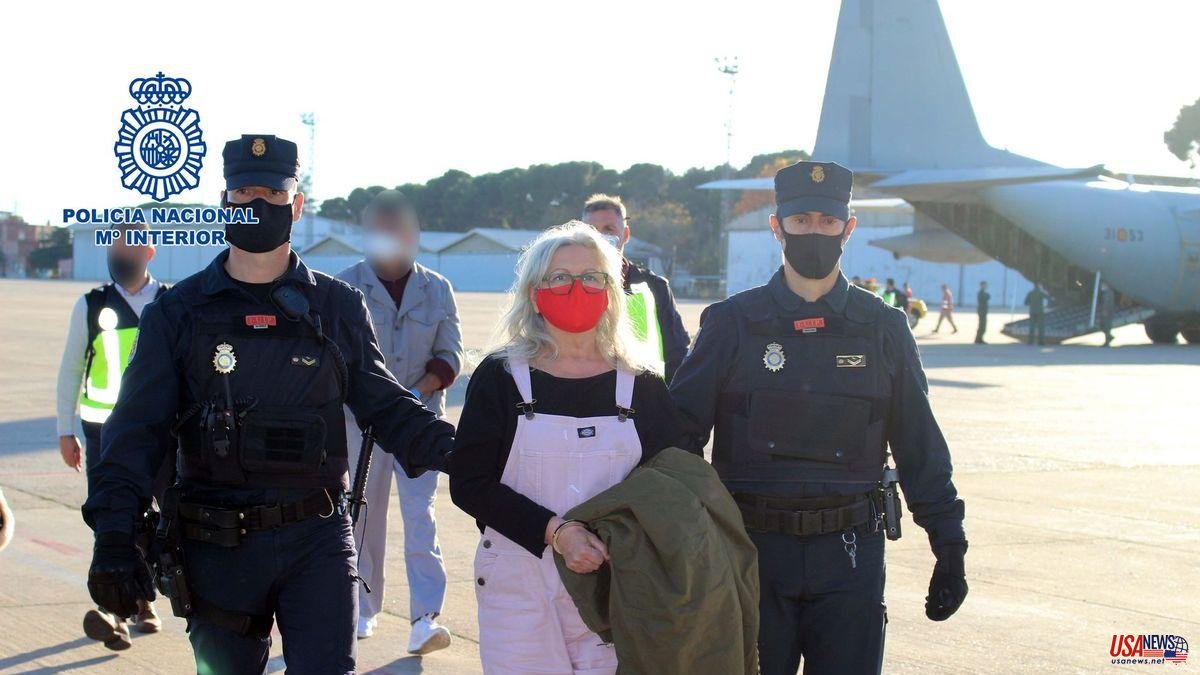 When on October 30, 2017 the president of the Generalitat, Carles Puigdemont, arrived in Belgium accompanied by several ministers in what was then defined as a "trip", one of the first doors he knocked on was that of the lawyer Paul Bekaert . The Flemish lawyer, as he recalled that day on the phone to this newspaper when confirming that he was going to represent Puigdemont, had been "defending Basques for 30 years", referring to members of the terrorist group ETA. In the previous months, Bekaert had scored a crucial victory against Spain by preventing the extradition of the released member of the Vizcaya commando, Natividad Jáuregui, alias Pepona and Jaione.

The precedent of the ETA member once again persecutes Puigdemont and the rest of the Catalan politicians who have sought refuge abroad now that the Advocate General of the European Union has proposed to the Court of Justice of the EU to align with the thesis of Judge Pablo Llarena and severely limit the margin that Belgian justice has, and that of any other country in the Union, to hinder the execution of its European orders. When Puigdemont arrived in the country, Jaione (Nativity in Basque) Jáuregui was still living in freedom in Ghent, where she forged a false identity as a cook protected by the historical sympathy of the Belgian population towards ETA. She was apparently inaccessible to the Spanish Justice. To this day, the Catalan politician is still in Belgium but the ETA member has been imprisoned in Spain for months.

In July 2019, the European Court of Human Rights Justice in Strasbourg condemned Belgium for not cooperating with Spain in clarifying the murder of Lieutenant Colonel Ramón Romeo, murdered by ETA in Bilbao in 1981, one of the charges for which persecuted Jáuregui, with his refusal to execute the order of arrest and surrender. The European judges concluded that the Belgian State violated article 2 of the European Convention on Human Rights on the right to life because it failed to comply with its "obligation to cooperate" with the Spanish justice system to determine Jáuregui's possible responsibility in that crime and sentenced him to compensate his five children with 5,000 euros each for moral damages, among other compensation.

Two months after the sentence, which was a real setback for Belgium, the National Court issued a new Euroorder for the arrest and delivery of Jáuregui. The process was repeated and, then yes, the Belgian justice agreed to execute her. In November 2020, Jáuregui was arrested after the Belgian Court of Cassation rejected the appeal filed by her lawyers against the appeal decision to hand her over to Spain. The next day, on November 22, 2020, National Police agents accompanied the ETA member in her transfer to Spain, where she is awaiting trial.

The judicial decision that triggered, after seven years, the delivery of Jáuregui to Spain emanated from the European Court of Human Rights, a body dependent on the Council of Europe and outside the European Union, which is where the fate of the European orders is being settled. against Puigdemont and his ministers. As then, the conclusions of the EU Advocate General published today, which will guide the final decision of the judges of the Court of Justice of the EU although it does not prejudge its content, leave the Belgian judicial authorities in a bad place, who also then alleged risks against the fundamental rights of the affected party to deny delivery.

In this regard, the preliminary ruling report published today accuses of having exceeded the limits in the examination of the European arrest warrant against Lluis Puig and affirms that the recipient country of the European arrest warrant, Belgium, cannot stop an extradition if there are no "systemic or generalized deficiencies" in the judicial system of the applicant country Trying to verify whether the right to defense is threatened in a specific case if it is not proven that there is a structural problem, is equivalent to "the expression of mistrust towards the courts of that Member State, contrary to the principles of trust and mutual recognition" on which the Euroorder is based.

Belgium, he adds, also does not have the power to determine which is the judicial authority of the issuing country that should try the affected party. "Authorizing such control would contravene the principle of procedural autonomy, according to which Member States can designate in their national law the competent judicial authority to issue EAWs, and the principle of mutual recognition", reiterates the report, which recalls that this principle is the "cornerstone" of judicial cooperation in criminal matters.

"The execution of the European arrest warrant is the rule, while the denial of execution is conceived as an exception that must be subject to strict interpretation", recalls the EU Advocate General in a firm defense of the Framework Decision by that in 2002, after the 9/11 attacks in the United States, the EU countries decided to put an end to the cumbersome bilateral extradition processes and agreed on a European tool to make the process almost automatic.

The preliminary questions from Judge Pablo Llarena to the Court of Justice of the EU, which will rule on the matter at the end of the year, regarding the limits to the execution of Euroorders are framed within a broader political and legal context marked by doubts about some member states on judicial collaboration with countries where the rule of law is not guaranteed, such as Poland, Hungary or Romania.

In recent years, several rulings have been issued that affect very specific points in the process, accepting limits to its theoretical quasi-automaticity. The position defended today by the General Advocate, Richard de la Tour, supposes a closed defense of the essences of the european order. The final position taken by the CJEU judges on the Puig case will be key to determining the future of this judicial instrument beyond clarifying the procedural future of Puigdmeont and his minister.