Europe is the last resort of the PP. 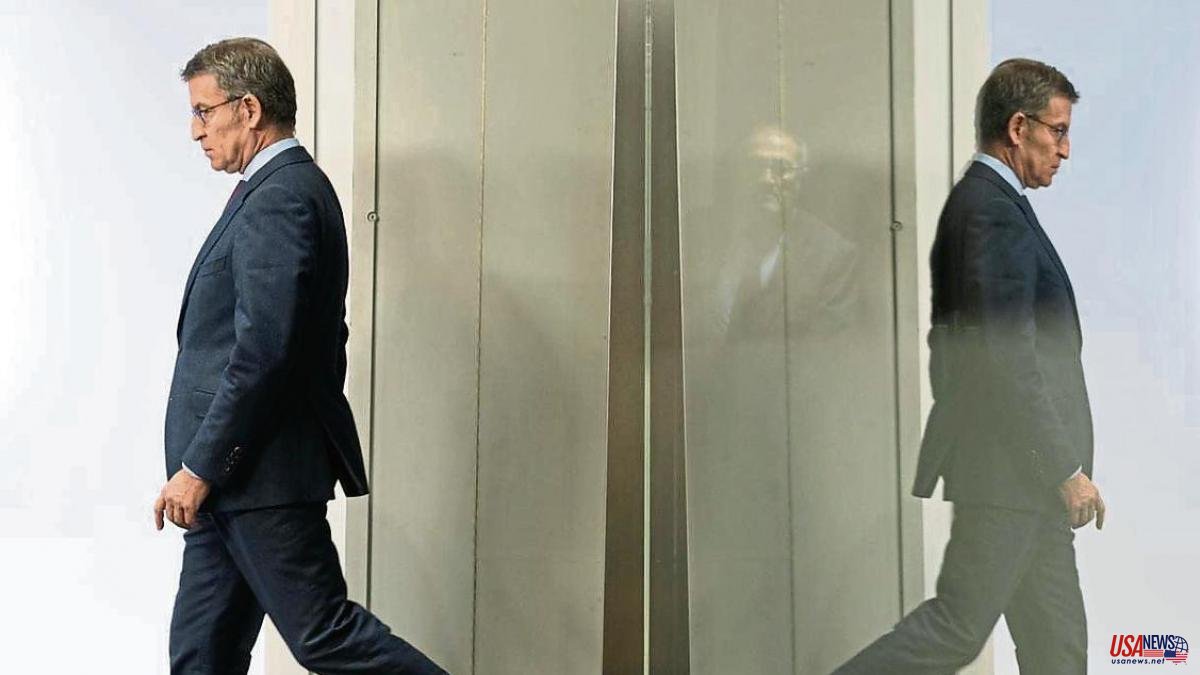 Europe is the last resort of the PP. If all his struggle to twist the government's arm in what he considers "a defense of judicial independence" has served neither to renew the General Council of the Judiciary, nor to prevent former minister Juan Carlos Campo's access to the Constitutional Court, the PP is now looking at Europe as a last resort so that they agree with him.

The report on the rule of law that the European Union will publish in July, coinciding with the Spanish presidency of the Union, is what the popular have pinned their hopes on. They predict that the Government will receive a "harsh reproach" from the Commission.

Alberto Núñez Feijóo announced on Thursday, in an interview with the Servimedia agency, that he will denounce before the European Commission "officially, explicitly and in writing" that "more than 10% of the Constitutional Court (TC)" are former senior government officials of Pedro Sánchez, in reference to the former Minister Campo and the former Director General of the Presidency, Laura Díez, two of the 12 Constitutional magistrates. "This," he stressed, "provides what the Government understands by judicial independence."

His complaint is based on the new responsibility of these former senior officials who will decide on unconstitutionality appeals filed against decisions of the Executive when they belonged to it.

It will be one more element to add to the report that since the Next Generation funds were approved it has been published and that it conditions the granting of the funds, according to the popular ones. This quality guarantee mechanism of the rule of law was designed for countries like Poland and Hungary, but the PP has no doubt that with the series of measures that have been added in Spain in recent times, the European Commission it will put a "blemish" on the prestige of the Government. The popular believe that these will be a burden for the European presidency that Sánchez "conceives as an opportunity for electoral propaganda."

In the PP they assure that they are not putting pressure on Europe, nor is their objective to condition the report. However, they assure that what happens in Spain is not alien to a vigilant Europe with the judicial system of all countries. The popular ones say that the only thing they do is denounce the practices of the Government for "going against the recommendations of the European Union and implying an attack on judicial independence."

The report in which the PP places all its hopes is based on the documents sent by the General Council of the Judiciary – a body with an expired mandate and with a conservative majority – in response to the questions raised by the Commission, and the popular do not believe that They will be very beneficial for the Sánchez Executive.

The thesis supported by those of Feijóo is that it will not be limited solely to summoning the renewal of the Judiciary, as was the case in the previous report. On this occasion, they trust that it will go further and also include the new appointments and the controversy that surrounded the Constitutional Court ruling against the parliamentary initiative that paralyzed in the Senate, on the reform of the CGPJ and the TC, "with the attacks on the members of the body of constitutional guarantees”.

The PP also believes that the European Union will include in the report the accusations against the judges for the revisions of sentences with the law of only yes is yes; or the reduction of embezzlement penalties for cases in which there has been no personal gain, since the report has a chapter dedicated to the fight against corruption.

The popular ones hope that the report will be hard against the judicial reform of the Government and by coinciding with the Spanish presidency of the EU, the Executive will be forced to give explanations to the European authorities. A wear and tear at a time when Sánchez intends to add goals to come back in the polls.