After the breakdown of negotiations with the PSOE to renew the General Council of the Judiciary, Alberto Núñez Feijóo returned to Galicia yesterday. 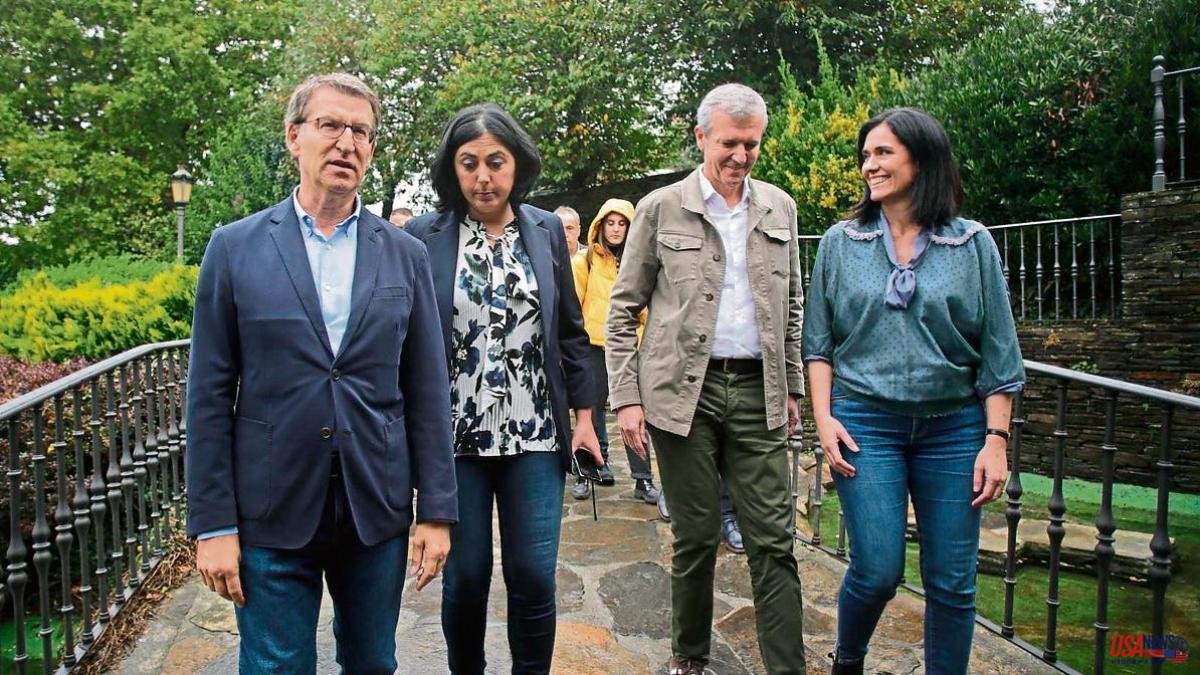 After the breakdown of negotiations with the PSOE to renew the General Council of the Judiciary, Alberto Núñez Feijóo returned to Galicia yesterday. In Lugo, where he celebrated the pulpada de San Froilán among his own, the leader of the PP found a less hostile environment than the one that reigns in Madrid, where political and media pressures have pushed him to disrupt an agreement that was already practically closed.

On a rainy day that could accentuate the feeling of homesickness after having assumed the presidency of the PP in Seville in April, Feijóo wanted to meet the growing criticism, some from the conservative ranks themselves, for having neglected the constitutional obligation to appoint new members. for the governing body of the judges, whose mandate has expired for four years.

As he explained, and although until then he had disassociated the pact for the CGPJ from the reform of the crime of sedition proposed by Pedro Sánchez, on Thursday night, when he had "certainty" that the president "wanted to weaken the institutions", he did not there was another to break with the government.

The head of the opposition accused the president of "lying to everyone all the time" and placed Sánchez at a crossroads: "He has two paths: defend the State with all its consequences or hand it over to those who not so long ago rose up against him." , he said in reference to the independentistas. "Sánchez prefers to agree, agree and govern with them rather than with constitutionalism," he argued to justify his change of position.

"Nobody can blame the PP for the inconsistencies of the Frankenstein Government", tried to get rid of a Feijóo who resorted to the usual argument by accusing the Prime Minister of "putting his personal interests before the generals".

And if for the leader of the opposition it is not possible to "depoliticize justice" if this consists of "preparing the ground" to reduce the penalties for crimes such as sedition, for which the leaders of the independence process were convicted, President Pere Aragonès, champion of the "dejudicialization of politics" from the dialogue table between the Catalan and Spanish governments, accused the PP of "always using Catalonia as an excuse", in this case not to renew the CGPJ. “Those who defend the Constitution so much should know that the Constitution obliges them to agree to it,” he affirmed.

"The PP always uses Catalonia as an excuse, not to advance in the democratic rule of law, to continue imposing repression and not to reach an agreement to unblock this situation, which Europe has said must be unblocked," Aragonès said. .

Jaume Asens also spoke of "another excuse", which therefore did not surprise him, and proposed reforming the necessary majority, now three-fifths of Congress, for the renewal of the constitutional bodies without the participation of the PP. The spokesman for United We Can in the Lower House sees the long-awaited reform of the Penal Code moving away after the "blackmail" of Feijóo. But he is not resigned, so he urged the PSOE to "start negotiating" to obtain sufficient parliamentary support.