The PP highlighted this morning the absence of the ministers of United We Can in the event held this morning at the Royal Theater, with the presence of King Felipe VI and the Secretary General of NATO, Jens Stotelberg, to commemorate the 40th anniversary of the incorporation of Spain to the Atlantic Alliance. 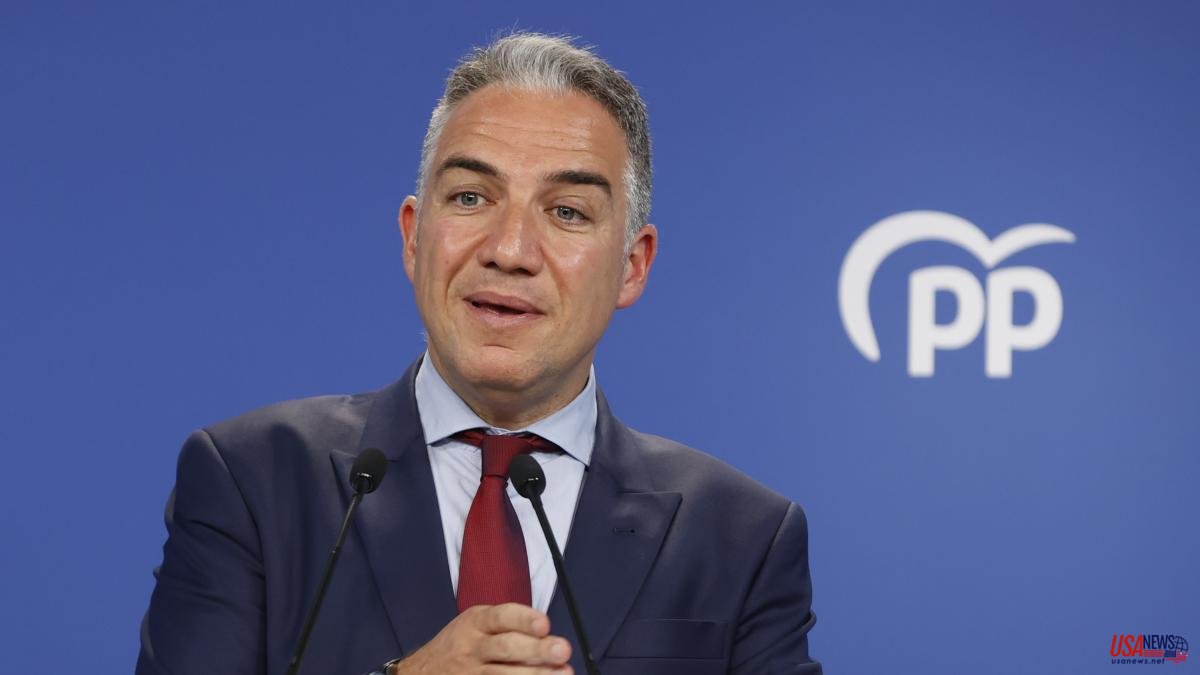 The PP highlighted this morning the absence of the ministers of United We Can in the event held this morning at the Royal Theater, with the presence of King Felipe VI and the Secretary General of NATO, Jens Stotelberg, to commemorate the 40th anniversary of the incorporation of Spain to the Atlantic Alliance. An act called by the Government itself and an absence that for the PP is a reflection of the situation of division and weakness in which the Executive of Pedro Sánchez is mired.

In a press conference held after the act and once the PP steering committee had been held, the general coordinator of the PP, Elías Bendodo, stressed that in this institutional act, in which the popular leader, Alberto Núñez Feijóo, was present, with which "the main support of the President of the Government has been the opposition, because half of the Government has been absent from an act that is very important, because NATO is and has been a key institution".

The number three of the PP lamented that "part of the Government is not clear about the importance of Spain's membership in NATO" which in the opinion of the PP "erodes the image of Spain" outside, something to which, according to the PP, Pedro Sánchez should put the brakes on. With this argument, the PP, endorsing an old PSOE note on the right, underlines the need for "Spain to have a left with a sense of state, comparable to the European left."

Meanwhile, Alberto Núñez Feijóo will make his international debut with his attendance tomorrow and the day after at the congress of the European People's Party (EPP), to be held in Rotterdam, and in which Esteban González Pons will be elected vice president of the party chaired by Manfred Weber, and he will be in charge of the stability pact, the European funds and the relations of the popular Europeans with the United States and Latin America. During the congress, Feijóo will meet with the leaders of his sister parties in Germany, Greece and Poland, among others .

Feijóo will present to the presidents of the parties that are part of the EPP the anti-crisis plan with tax cuts and reduction of bureaucracy that he sent to Pedro Sánchez and from which they have not yet received a response, when after a month in force of the Government's measures "It has been seen that they were patchy and insufficient" since the IPC has risen again by 0.8 in one month and core inflation is now at 4.9.

Faced with this situation, the PP, said Bendodo, "reaches out to Sánchez again" to approve measures such as those proposed by the PP because "the government is doing business with people's desperation and has an alternative" that it should study, instead of "being entertained in matters that do not concern the Spanish".

Issues that also weaken the state, to satisfy its partners. The PP's message is that "if the President of the Government stops this drift, he will count on the outstretched hand of the PP, which is willing to talk about reinforcing control of the CNI, leaving the Monarchy out of the partisan debate, and leaving the Constitution out of opportunistic debates".

"The PP -said Bendodo- is willing for Spain to install itself in state politics as opposed to opportunist politics", and when asked if the PP's willingness to dialogue includes negotiating the renewal of the Judiciary, number three in the PP stressed that the PP is willing but as long as Sánchez "stops insulting the PP with whom he wants to agree", because he considers that when one wants to agree, he invites the person with whom he wants to agree to the table to dialogue, he does not insult him first . It was forceful: "Insult is not the way to reach any agreement. If Sánchez wants to negotiate, he should not kick us."

The PP steering committee also gave the go-ahead on Monday for the presence of the PP president, Alberto Núñez Feijóo, in the Andalusian campaign. In addition to the events that he has already held in Seville, last week and this Sunday, the popular leader will be present in six Andalusian provinces: Malaga, Granada, Cádiz, Jaen and Almería, and the general secretary of the party, Cuca Gamarra, in other two, Cordoba and Huelva.

This presence of the national leadership responds to the proposal made by the Andalusian PP, in which the barons will have a presence in the pre-campaign, and so has the president of Murcia, Fernando López Miras, who went to Almería to talk about water, problem that this province shares with Murcia, and today there is the president of Castilla y León, Alfonso Fernández Mañueco, with various acts in the province of Jaen, the province furthest inland from Andalusia, with which he has problems similar to those of Castilla and Leon. Tomorrow, the president of Madrid, Isabel Díaz Ayuso, will be in Cádiz.

Feijóo's presence will take place in a campaign outside that of Juanma Moreno, at his express wish, and as Feijóo already did, for example, with Mariano Rajoy, who deployed complementary campaigns, and not joint ones, to try to reach more places. This is how Moreno and Feijóo will do, who will only coincide in two acts throughout the campaign. The president of the PP will begin his presence on the 3rd and 4th of this month, that is, next weekend.

A campaign of proposals and without insults, they underline in the PP, which aims to achieve "a large majority that gives peace to Andalusians." For this they will ask for the support "of moderate Andalusia, so as not to depend on anyone." That nobody, whom the PP does not want to mention, is Vox, a party with which the popular do not contemplate, at least for now, any type of government.

The opposite of Ciudadanos, with whom the PP would have no problem reissuing the pact they have had during these four years, "because it has worked well", although the PP's aspiration is to be able to govern alone. To do this, the PP is trying to lower expectations, after the Center for Andalusian Studies made public today its barometer, similar to that of the CIS, which gives it an intention to vote of almost 40% of Andalusians, while that of the PSOE is 24.2% and that of Vox is 17.3%. In Bendodo's opinion, what this survey shows is a rejection of socialism and support for the PP.