The PP expects Sánchez-Aragonés to talk about how Puigdemont can

The meeting held this Friday between the chief executive, Pedro Sánchez, and the president of the Generalitat, Pere Aragonès, had not yet ended, and the PP was already making its first assessments at the closing of the summer courses organized by the PPE group in San Lorenzo de El Escorial (Madrid). 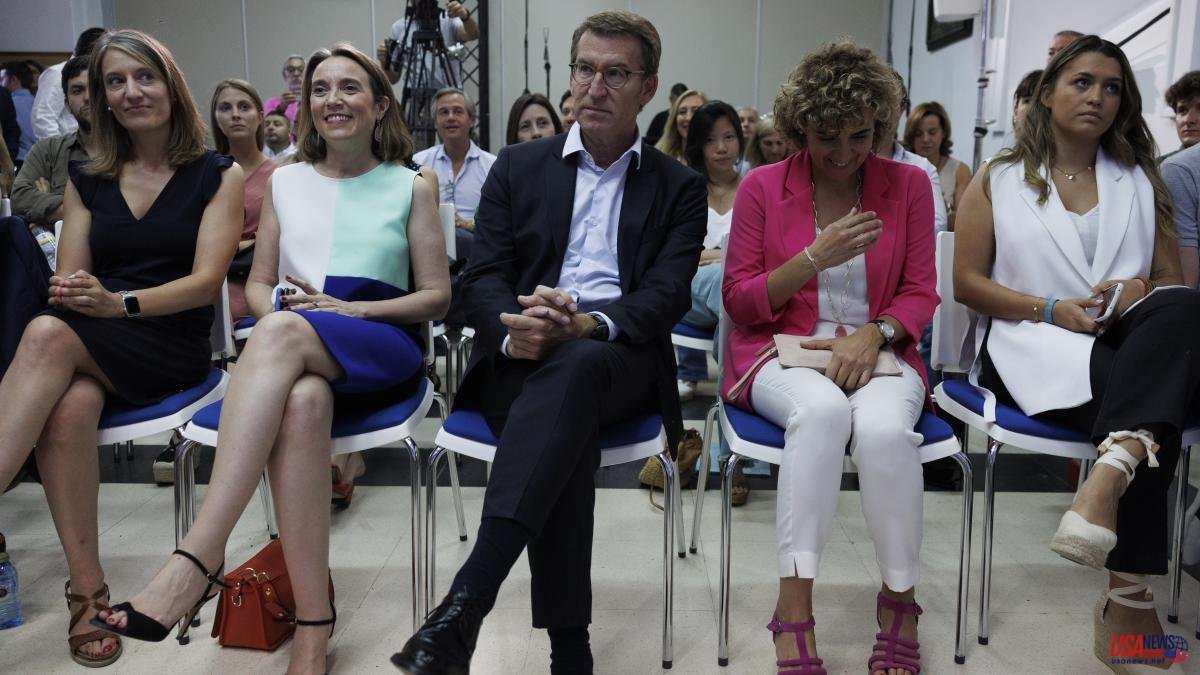 The meeting held this Friday between the chief executive, Pedro Sánchez, and the president of the Generalitat, Pere Aragonès, had not yet ended, and the PP was already making its first assessments at the closing of the summer courses organized by the PPE group in San Lorenzo de El Escorial (Madrid). The Secretary General, Cuca Gamarra, anticipated that both leaders would speak of "self-determination and amnesty", as well as the "way in which they can return to Spain" and "outwit" Justice those pro-independence leaders who have "fled", such as former President Carles Puigdemont.

Minutes later it was Alberto Núñez Feijóo who took the floor. More cautiously, the leader of the opposition has indicated that they do not know "exactly what they are going to talk about" and, therefore, "it is not easy to make a definitive statement." "It's a hidden agenda," he has denounced. But he has predicted that the President of the Government will be in Moncloa "for as long as he wants" Esquerra Republicana.

Feijóo has indicated that the president of the Generalitat had advanced that he wanted to talk about "modifying the Penal Code and has predicted that he will also have wanted to speak at that meeting about" his sovereignist project.

That said, he stressed that the debate on the state of the nation has served to "prove" that Pedro Sánchez "was not interested in the nation" but rather his "government coalition" with Podemos and his "parliamentary coalition". "It is evident that the Government more than ever depends on ERC for practically everything", he has emphasized.

Feijóo has also denounced that the President of the Government has the "objective" of achieving "control" of the General Council of the Judiciary (CGPJ) and the Constitutional Court, instead of seeking the renewal of the governing body of the judges.

The Galician branded as "the greatest outrage of the Executive to the Judiciary" that Spain "has never experienced" the bill promoted by the PSOE that will modify the powers of the CGPJ and return to the council the ability to elect the magistrates of the Constitutional Court – and thus enable its renewal.

Thus, he has lamented that the Government rejects his "outstretched hand" to agree on a renewal of the CGPJ based on the regeneration and reform of the Judiciary. In this sense, he recalled that, in line with the recommendations from Brussels, the PP wants to prevent a PSOE minister and deputy "from becoming the state attorney general overnight" or that the judges of the Supreme Court have with 25 years of experience.