The general secretary of the PP and spokesperson in Congress, Cuca Gamarra, has refuted the theses of the Prime Minister, Pedro Sánchez, who has assured in the plenary session on espionage that is being held this Thursday in Congress that the Government "does not even know nor does it decide the operational decisions” of the secret service in the face of espionage against the independence movement. 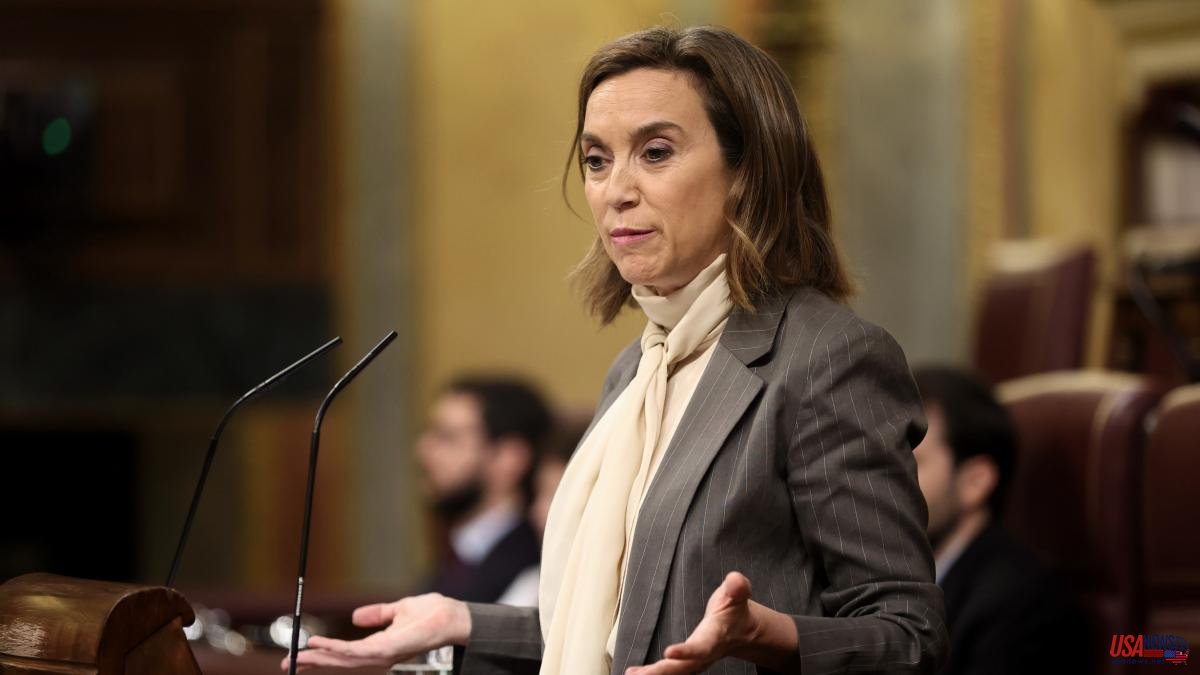 The general secretary of the PP and spokesperson in Congress, Cuca Gamarra, has refuted the theses of the Prime Minister, Pedro Sánchez, who has assured in the plenary session on espionage that is being held this Thursday in Congress that the Government "does not even know nor does it decide the operational decisions” of the secret service in the face of espionage against the independence movement. The number two of the PP has ruled that Sánchez was "fully informed" of the actions of the National Intelligence Center (CNI) and has summoned him to clarify before the plenary session of Congress if he pardoned independence leaders knowing that they were being investigated.

"He pardoned people who he knew were being investigated for being a threat to the state," Gamarra snapped at the chief executive, reminding him that "we have been to Moncloa" to make him understand that as the Constitution and the national security law "national security policy is directed by the President of the Government, that is, you".

With all Gamarra has reproached Sánchez for dismissing the director of the CNI, Paz Esteban, to "placate his pro-independence partners" and, on the other hand, keep in the Council of Ministers the one he has pointed out as responsible for the security of the cell phones of Moncloa at the time of the espionage, the current Minister of the Presidency, Félix Bolaños.

The general secretary of the PP has criticized the government's handling of the espionage crisis and the lack of information it has given, particularly about the attack on her cell phone, explained publicly at a press conference in what she has considered "a exercise of unparalleled clumsiness" and "of weakness before its partners and before the international community".

"Can the stolen material endanger the security of Spain?" Gamarra asked the Chief Executive in his turn to reply in the monographic debate on espionage. "Is it sensitive information that can compromise you?", the popular spokesperson insisted. "Citizens don't know if they have a free president or one with their hands and feet tied", insisted the leader of the main opposition party, to insinuate that this information could be behind the change in the government's position on Western Sahara.

"Is the espionage of your mobile related to surprising changes in the political position of the State by your Government?" Gamarra insisted, who has blurted out that "there should never be a ransom for the content of his mobile." To answer all these questions and others that she has raised, such as who would be the external agent who would have spied on different members of the Executive, the PP spokeswoman has requested that the Official Secrets Commission meet.

Harder has been the president of Vox, Santiago Abascal, who has reached out to the president of the PP, Alberto Núñez Feijóo, so that he does not collaborate in anything with the Sánchez Executive.

"No collaborationism with this government is acceptable," Abascal has sentenced, who understands that from this Executive we can only expect "the blowing up of the State" to the extent that

"They use all the instruments of the State for their personal and political benefit, as the scandals involving the inclusion of separatists in the CNI and the scandals surrounding Morocco demonstrate."