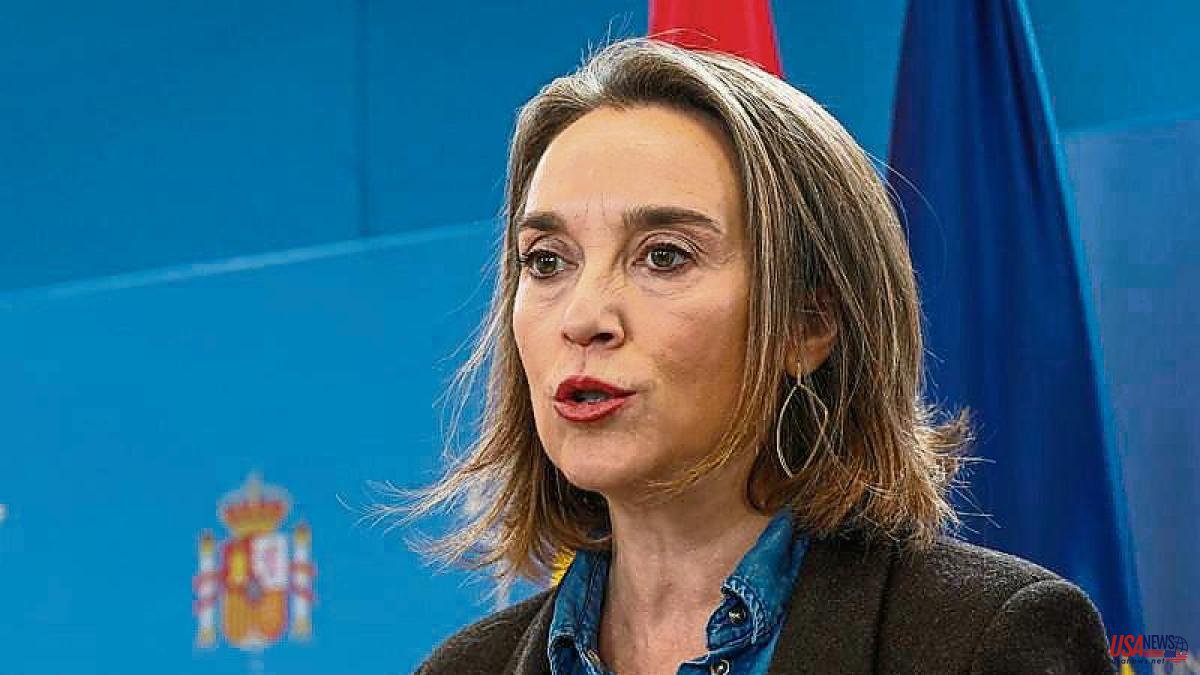 For this reason, the PP has asked the Constitutional Court to adopt very precautionary measures, so that these reforms cannot be approved in Congress, considering that by admitting the amendments, the rights of the PP deputies are violated. To do this, according to the spokesperson for the Popular Group, Cuca Gamarra, the PP has presented this morning an appeal for protection before the Constitutional Court, in which it asks to stop these changes with very protective measures, which are expected to be approved this Thursday by the Congress, and next week in the Senate.

And it is that the PSOE has introduced these amendments taking advantage of the reform of the Criminal Code for various issues, including the abolition of the crime of sedition, and that of embezzlement, although the laws that are modified, that of the General Council of the Judiciary and that of the Constitutional Court, have nothing to do with it.

This is the first of the appeals before the Constitutional Court that the popular spokesperson, Cuca Gamarra, announced last week, as soon as the PSOE and United Podemos amendments to which the ERC deputies had presented for the abolition of the crime of sedition, which was when the Government, through its groups in Congress, decided to modify these laws, in order to proceed with the appointment of the magistrates of the TC that correspond to the Council and the Government.

The appeal raised is an appeal for amparo, and not an appeal for unconstitutionality, because what the PP demands from the Constitutional Court is that it protect the parliamentary rights of the PP deputies, who, by introducing these modifications through amendments, do not have the possibility of amend the text, nor to open a debate within Congress, with which he considers that his rights and his parliamentary work are being curtailed.

The president of the PP, Alberto Núñez Feijóo, also spoke this Wednesday of the changes that the Government is introducing in the Criminal Code, including this reform for the election of the members of the Constitutional Court, during his speech at the III congress of the Association of Families and Rural Women.

For the popular leader, what is happening "it seemed that it could not happen, but it is happening", and Spain is finding that there will be "a Penal Code dictated by those convicted of crimes that are modified", such as the crime of sedition, the same thing, he stressed, that "nobody could think that in Spain the embezzlement of public funds would stop being corruption."

But that may not be enough, in Feijóo's opinion, after having heard Oriol Junqueras say that there may be a unilateral referendum on independence in Catalonia, and it is feared that there may be, since it is the only thing that Pedro Sánchez had promised before to be president, that it would be a crime to call an illegal referendum, and it is the only thing that has not been modified in the reform of the Penal Code where sedition has been abolished and the penalties for embezzlement have been lowered when it does not imply personal enrichment.

According to PP sources, Feijóo attaches great importance to Junqueras's words that in an interview he left open "all democratic paths" to achieve independence, including the unilateral one, which, in his opinion, "is evidently democratic", because He considers that in Spain there are two people who always say what they are going to do, which are Otegi and Junqueras. For this reason, the categorical rejection of the minister spokesperson, Isabel Rodríguez, of the possibility of calling a referendum on self-determination, does not give the PP leader any guarantee, since, the same sources underline, they have already flatly rejected the reform of sedition, and flatly rejected embezzlement reform "and there they are."

To this is added the words of the general secretary of Podemos, the PSOE government partner, Ione Belarra, who considers that a referendum on the independence of Catalonia "is something that must be discussed and it is very legitimate to raise it at a negotiating table ".

With all these movements, Feijóo considers that what Pedro Sánchez is doing is "leaving the country unprotected" by "weakening the rule of law", which led him to say that "today is not a good time for this country".