The PP includes the location of the President of the Judiciary, who on Wednesday urged the Government and the PP to renew the General Council of the Judiciary, in office for more than three years, and his interlocutor with the Executive, Esteban Gonzáles Pons, has sent a letter to the Minister of the Presidency, Félix Bolaños, in which he requests a meeting to deal with the renewal of the CGPJ and the Constitutional Court, which also has its magistrates pending renewal. 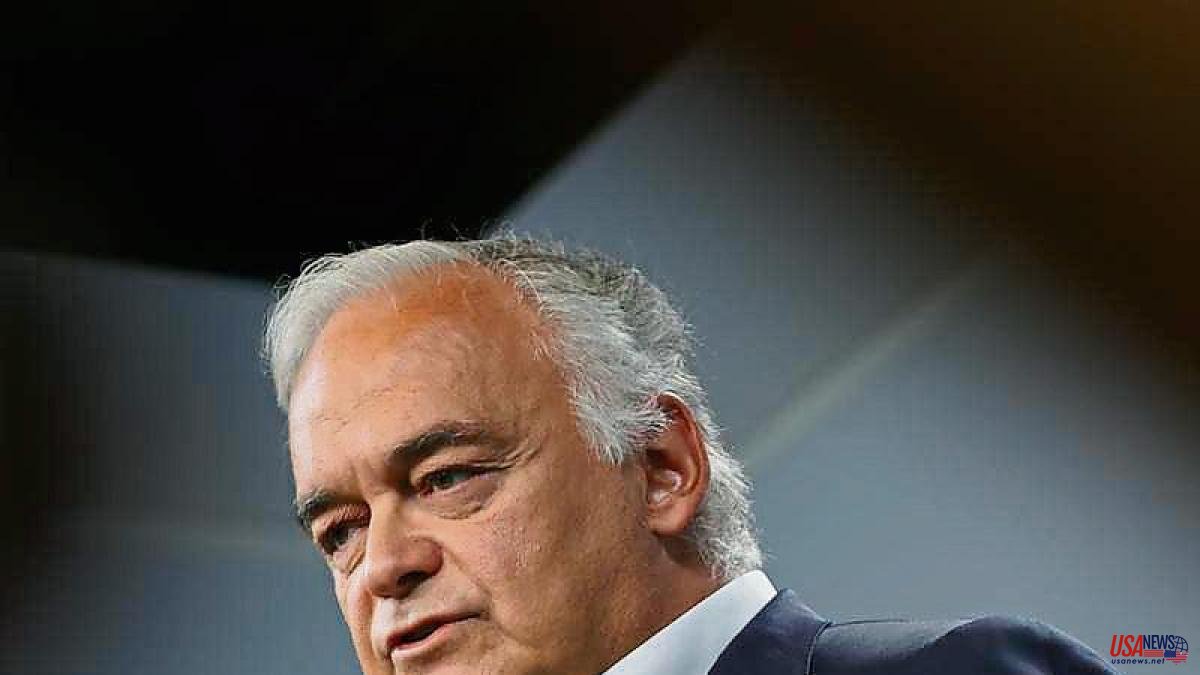 The PP includes the location of the President of the Judiciary, who on Wednesday urged the Government and the PP to renew the General Council of the Judiciary, in office for more than three years, and his interlocutor with the Executive, Esteban Gonzáles Pons, has sent a letter to the Minister of the Presidency, Félix Bolaños, in which he requests a meeting to deal with the renewal of the CGPJ and the Constitutional Court, which also has its magistrates pending renewal.

What the PP still does not accept is to sit down at a table simply to give the Government some names, as the Minister of Justice, Pilar LLop, asked Feijóo on Wednesday, as soon as he learned of the location of Carlos Lesmes. The PP insists that some minimum requirements be agreed so that the members of the CGPJ can be elected, such as, for example, that they cannot go directly from the Government or Parliament to a chair in the Council.

Since the PP elected Alberto Núñez Feijóo president, and he commissioned González Pons to renew the Council, he and Bolaños have met twice, but the dialogue has been broken since early July, when the PP was going to send his document with the proposal for renewal, he found that the PSOE presented, without warning him, a bill that returned to the CGPJ in office, the ability to appoint the corresponding TC magistrates.

Later, in August, the PP also froze the negotiations after Minister Bolaños, according to the PP, leaked an agreement signed by Teodoro García Egea and Bolaños himself, in which they promised to reform the law to give back to the Judiciary its capacity to appoint the magistrates of the TC.

On that occasion, the PP considered this fact a betrayal and even considered vetoing Bolaños as an interlocutor for the renewal, although Feijóo stopped that possibility, considering that it is the Executive who appoints his interlocutors, just as he would not accept any veto. of the Government whom he appoints.

In the letter sent by Esteban González Pons to Félix Bolaños, the Deputy Secretary for Institutional Action of the PP claims to share the concern conveyed by Lesmes in his opening speech for the Judicial Year, and for this reason he points out that "the best service we can provide to Spain today It consists of sitting down and renewing, regenerating and, as far as we agree, reforming the TC and the CGPJ. For our part, the hand is outstretched.”

The PP, then, in the letter already puts the reform of these institutions, which it put as a condition for renewal, in the background, emphasizing renewal and regeneration. The PP includes the reform of the TC since it considers that it should be an institution "in which all citizens must trust", and considers that "winning the TC for a Government is losing it for the citizens".

Regarding the General Council of the Judiciary, the PP explains that it is not just a question of names or quotas, because the important thing is "the profile that it must meet." González Pons underlines that the PP "does not give up promoting a legislative reform" so that the judges elect the judges, which they will do when they have a majority, but "we are also willing to elect this body with the current system", which means a clear change with respect to what Casado demanded in his approaches.

The deputy secretary of Institutional action of the PP also wants a commitment that "we will not propose judges who were not candidates backed by their colleagues, that is, who are not on the list sent by the judges so that among them , the jurists who will form part of the Council are elected, when the PSOE wanted to include José Ricardo de Prada, the judge in the Gürtel case, who was not included by the judges in their list of candidates and that the Government, at the request of Podemos I wanted to include.

All the approaches that the PP collected in its document that it sent to Moncloa in July, continue to be issues that the popular want to negotiate with the PP, but the popular no longer establish it as a sine qua non condition for renewal. Among them, that for the appointments of the magistrates of the Supreme Court, the judges must have 25 years of active service in the judicial career. Another of the issues that the PP intends is to put an end to the revolving doors, so that the judges who dedicate themselves to politics, or the politicians, cannot be part of the governing body of the judges or the prosecution until five years after their step through politics