The agreement between the Government and the PP, in economic matters, is impossible, and that is why both Pedro Sánchez and Feijóo cling to the numbers and the very different economic models that they defend to try to win votes with their different approaches, which today turned out well defined in the debate of the totality of the general budgets of the State. 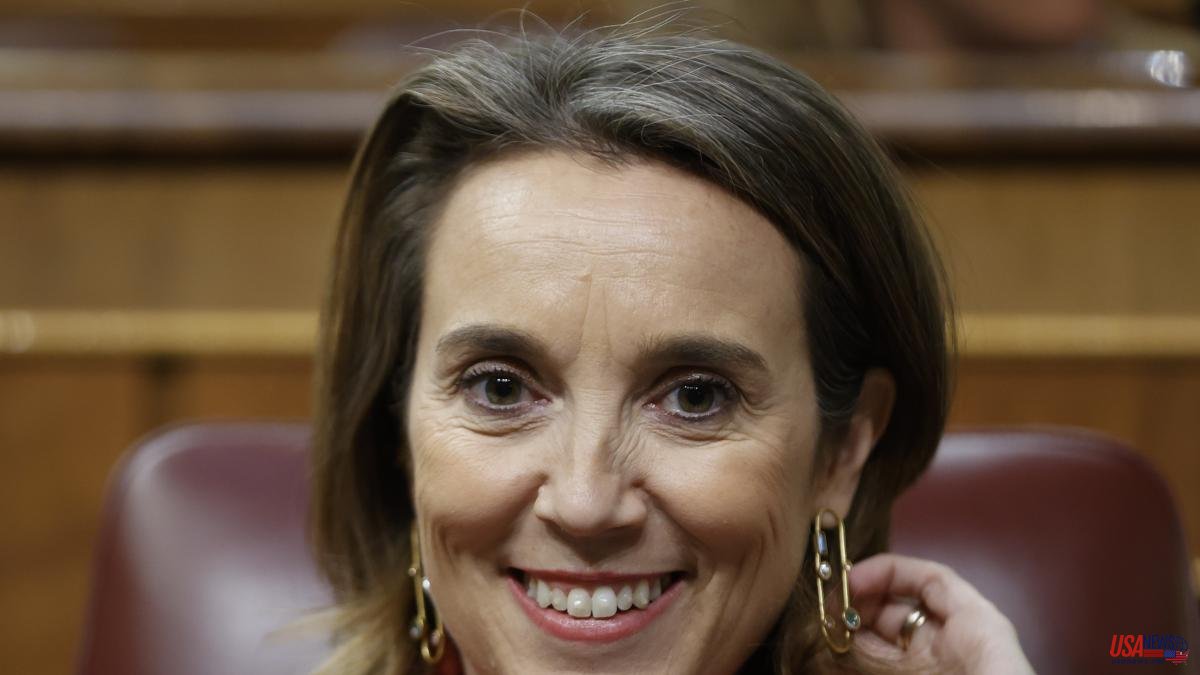 The agreement between the Government and the PP, in economic matters, is impossible, and that is why both Pedro Sánchez and Feijóo cling to the numbers and the very different economic models that they defend to try to win votes with their different approaches, which today turned out well defined in the debate of the totality of the general budgets of the State.

In the absence of Alberto Núñez Feijóo, who is not a deputy, although there was already a preview last week in the debate with Sánchez in the Senate, the person in charge of requesting the return of the State accounts to the Government was the spokesperson for the Popular Group and number two from the PP, Cuca Gamarra, who summed up his opposition in one sentence: "They are budgets that buy time for the independentistas with the money and effort of the Spaniards who do not make ends meet."

An hour-long accusation that went unanswered by the Finance Minister, María Jesús Montero, who made a very harsh speech against the PP, going back to the governments of Mariano Rajoy after the 2008 crisis "that attacked the middle class", but that he did not speak at all about the transfers made to the independentistas and the nationalists of the PNV so that they support the budgets. A harsh speech against Feijóo's PP that led him "almost to miss Casado", and to say that it was "a shame that you kicked him out when he pointed out the corruption of his party".

A statement that caused the debate to end up getting entangled in a crossroads of accusations about corruption, because if Montero reminded Gamarra of some cases of corruption and even that the PP is still on Génova Street "with all that that means", Gamarra does not was left behind when shooting: "It takes courage for you to talk about corruption, when you belonged to the government that approved what is the biggest case of corruption in Spain, the Eres", which according to the sentence, the popular spokeswoman stressed , "it has been shown that the money that was diverted was approved by the government as a whole, the Andalusian government to which you belonged", and that it allowed the PSOE, "to go doped to the elections".

It was one of Gamarra's main arguments, said in a thousand ways: "They are accounts at the service of the private interests of the Government of Sánchez", which "do not respond to the needs of families, businessmen or the self-employed", but they have a single objective: "Their need for political survival", a political survival, he added "that buys their survival with the money of all Spaniards".

"Pedro Sánchez pays his mortgages with the independence movement with everyone's money and with the right to equality of the Spaniards," insisted the spokeswoman for the Popular Group of Congress, who assured exhaustively that the accounts "do not respond to the economic reality , neither to the needs of the Spaniards nor to the challenges of Europe, and you know it".

Inadequate accounts for the moment in which we live, said the number two of the PP, "when Spain does not grow and there is a danger of entering a recession", as they have warned, stressed, the Airef (Independent Authority for fiscal responsibility), International Monetary Fund (IMF), Banco de España (BE) or the National Institute of Statistics (INE) "which has already made an amendment to all of them".

Faced with the positive scenario for the economy outlined by the Minister of Finance, Cuca Gamarra outlined a pessimistic outlook, for which the accounts presented are worthless, because "they mortgage the present and future of the Spanish", to the point that he described them as of "state general mortgages".

And despite Montero's attacks on the lowering of taxes proposed by the PP, the number two of the PP insisted on the need to deflate the personal income tax rate for those who earn less than 40,000 euros. A proposal that Montero ignored to go to the program with which Pablo Casado presented himself for the elections in 2019, which spoke of lowering personal income tax in all sections, and that the maximum rate would not exceed 40%, which is, according to the minister , which the former British Prime Minister, Liz Truss raised.