The pornographic drawing in which Leonardo confessed his homosexuality

He liked to surround himself with beautiful young people and his homosexuality was an open secret during the Renaissance. 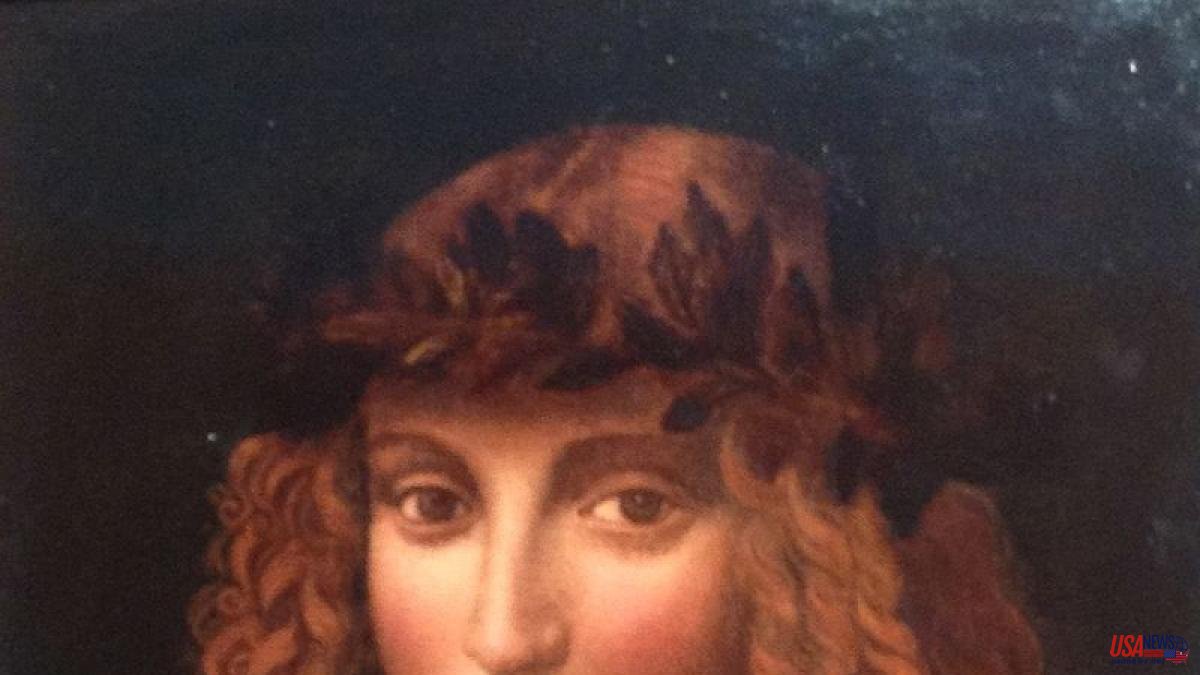 He liked to surround himself with beautiful young people and his homosexuality was an open secret during the Renaissance. However, and despite his habit of meticulously recording his day-to-day life, Leonardo da Vinci (1452-1519) left nothing in writing about his love affairs. Before he was thirty he was twice accused of sodomy, a crime that in the Florence of the Night Office was punishable by castration and death by burning. The court, which was fed by anonymous complaints that citizens could deposit in mailboxes on the street, the so-called "holes of truth", was created in 1432 with the aim of repressing homosexuality in a city that had become the gay mecca of Europe (in Germany the term florenzer was used to designate those who maintained relationships with people of the same sex). More than 15,000 men were tried. Leonardo was not convicted, but did face trial and spent two months in jail awaiting sentencing. Surely that painful experience had a lot to do with the secrecy with which he throughout his life tried to veil his intimacy from him.

For more than a quarter of a century, the artist maintained a close relationship with Gian Giacomo Caprotti da Oreno, nicknamed Salai (little devil, named after the character of Luigi Pulci's Morgante), a young assistant who came to his studio at the age of ten and whom the gossip Giorgio Vasari describes in The Lives of Artists (1550) as "a young man most handsome in grace and beauty, with fine locks, curled into ringlets, in which Leonardo took great delight". Sending children as apprentices to artists' workshops was a common practice: if they showed skills, they received lessons and could become painters. Salai turned out to be a petty thief. In a letter to the boy's father, the artist laments: “On the second day I had two shirts, pants and a tailored jacket made for him. And when I put the money aside to pay for these things, he stole the money from my wallet and I couldn't get him to confess, although I am firmly convinced of it." In another missive he would refer to him as "thief, liar, stubborn, glutton".

Leonardo, who according to the Anonymous Gaddian "wore a pink knee-length robe at a time when most wore long robes", kept him by his side as a model and assistant until 1516. A drawing made in 1490 known as the Allegory of Pleasure and the pain, which shows a young man and an old man united in the same body, could illustrate this relationship. "I prefer that humanity be extinguished than to practice sex," wrote the artist, and in 1910 Dr. Freud published a psychoanalytic study, A childhood memory of Leonardo da Vinci, in which he argued that the Tuscan genius was homosexual but celibate, and that he sublimated his eroticism in an incessant investigation. Also Elizabeth Abbott, in her History of Celibacy, argues that although Leonardo was probably homosexual, the trauma of the sodomy case converted him to celibacy for the rest of his life.

However, Leonardo himself refutes the theory of the father of psychoanalysis in what until now seems to be his only confession. Salai, who served as the model for his sensual half-naked Saint John the Baptist, in the Louvre collections, and there are even those who have wanted to see his features in the Mona Lisa, is the protagonist of The Incarnate Angel, a small drawing in which he represents to his young friend without wings, breasts of a woman and a roaring erection that invites desire. Salai's name is crossed out on the back of the drawing which belonged to the British Royal Collection and mysteriously reappeared in Germany in the 1990s.

"If a relationship between Leonardo and Salai were not supposed, it would not be understood why the artist insisted for so many years on having him with him as a child and an assistant", given his lazy and lying character, writes Giovanni Dall'Orto, the Italy's most important historian of LGBT issues. And he adds that "Leonardo was the son of his time, and those were the times when a twelve-year-old girl could marry an adult man, even with the blessing of the Church." Other erotic drawings, actually doodles made by Leonardo's assistants in the Atlantic Codex, show two large penises with legs moving towards a hole above which there is an inscription: "Salai".

The assistant tarambana has been attributed the Mona Lisa at the Prado Museum and the Mona Vanna –a nude Gioconda painted with charcoal on paper, or was it perhaps her model, based on her muscular arm?-; works behind which the hand of Francesco Melzi cannot be ruled out, the assistant with whom Leonardo shared his last years of life after the mysterious departure of Salai, who was shot dead in 1524. Educated and with diplomatic skills, Melzi arrived to the master's workshop when he was fifteen years old and they did not separate until his death and he himself described in a letter the love that his master felt for him: "a passionate and very ardent love". Although they had not had contact for a long time, Leonardo did not forget Salai in his will.