Pope Francis has once again raised his voice against the war in Ukraine and has compared the conflict in the country with the Nazi operation that exterminated some two million people in Poland during the first years of World War II. 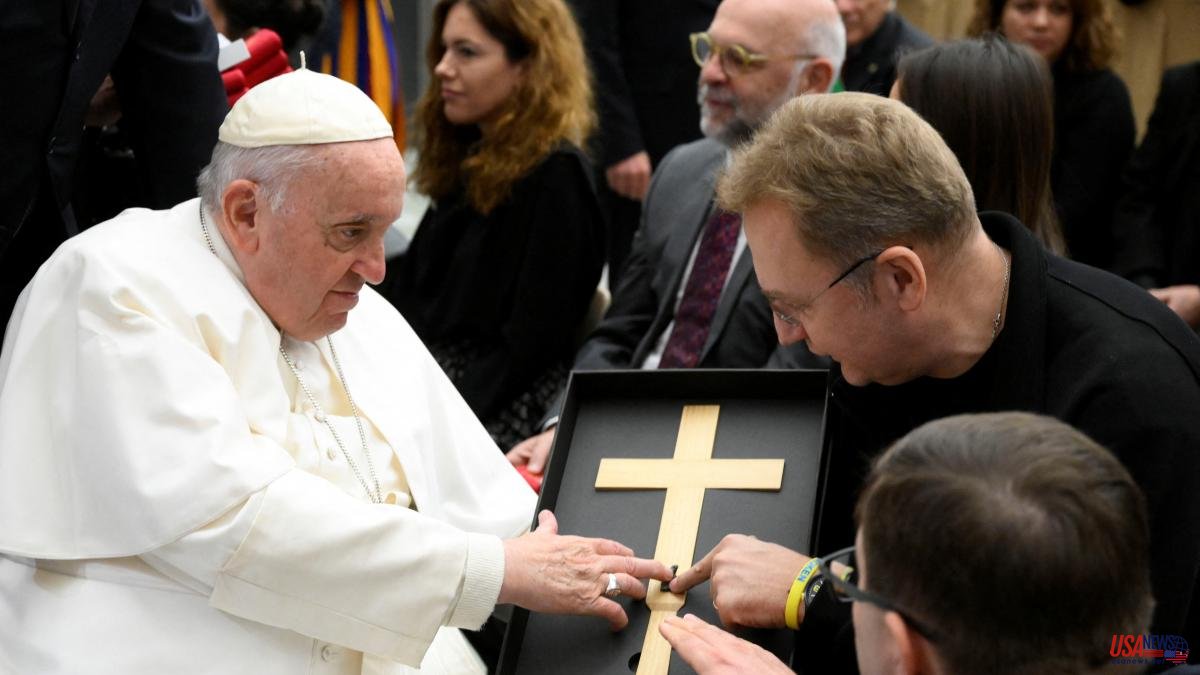 Pope Francis has once again raised his voice against the war in Ukraine and has compared the conflict in the country with the Nazi operation that exterminated some two million people in Poland during the first years of World War II.

During the general audience this Wednesday, Francis addressed some Polish pilgrims and recalled the commemoration of the anniversary of Operation Reinhard, the code name used by the Nazi authorities to murder "almost two million victims, mostly of Jewish origin". "May the memory of this horrible event inspire intentions and actions in favor of peace in everyone," he assured the parishioners in the Vatican. And he added: "History repeats itself, repeats itself, we see what is happening now in Ukraine".

Since the war began, Francis has prayed on numerous occasions for peace for the "martyred Ukrainian people." Last month he also compared the Russian invasion to the Holodomor genocide, the famine ordered by Soviet dictator Joseph Stalin that killed 3.8 million Ukrainians in the 1930s.

At the beginning of the war the Pope was criticized for not openly condemning Putin or explicitly referring to Russia as the aggressor country, in a difficult exercise of Vatican diplomacy in order to keep the bridges open to dialogue, but lately his rhetoric against Russia has escalated to the point of angering the Kremlin for saying that the cruelest troops are the Chechens and Buryats, "perhaps the peoples who are from Russia, but they are not from the Russian tradition."

“Certainly the one who invades is the Russian state. That is very clear. Sometimes I try not to specify so as not to offend and rather to condemn in general, although it is well known who I am condemning. It is not necessary to put the first and last name, "said the Pontiff in statements to the Jesuit magazine America Magazine. This interview did not sit well with Moscow, which accused him of "Russophobia" and a "shocking perversion of the truth." Even the Russian Foreign Minister, Sergei Lavrov, assured that the statements are not “Christian”.

The Jesuit Pope ended the audience by asking that the Virgin of the Immaculate Conception, whose feast is celebrated this Thursday, "give comfort to all those affected by the brutality of the war", speaking especially of the Ukrainian people who "are suffering so much". He also greeted the mayor of Lviv, Andriy Sadovy, who told him that 500 wounded arrive in his city every day and gave him a cross in which was inserted a piece of shrapnel taken from the body of a child who was wounded. during a Russian bombardment.