The Pope asks for prayers for Benedict XVI, who is "very ill"

In recent years, there have been many fears for the health of Pope Emeritus, Benedict XVI, but there has never been as much concern as yesterday, when Pope Francis asked to pray for the health of his predecessor, who is in very serious condition at 95. 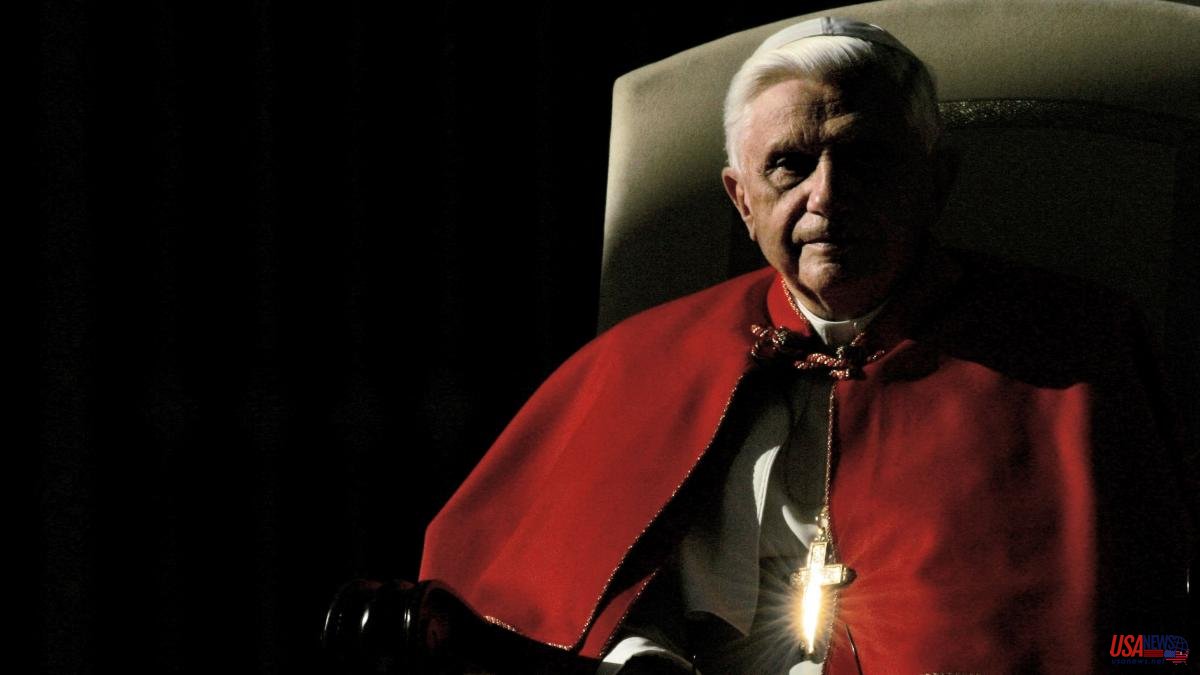 In recent years, there have been many fears for the health of Pope Emeritus, Benedict XVI, but there has never been as much concern as yesterday, when Pope Francis asked to pray for the health of his predecessor, who is in very serious condition at 95. years. “I ask for a special prayer for Pope Benedict XVI who is supporting the Church in silence. He is very ill and asking the Lord to console him and support him in this testimony of love for the Church until the end", Francis said at the end of the general audience every Wednesday, in words that quickly caused an enormous commotion in the Catholic world by implying that his condition is critical.

Later, the spokesman for the Holy See, Matteo Bruni, confirmed that in the last hours there had been an "aggravation due to his advanced age", without specifying any specific illness. “Regarding the health conditions of the pope emeritus, for whom Pope Francis has requested a prayer at the end of the general audience this morning, I can confirm that in the last few hours there has been a worsening due to his advanced age. For the moment, the situation is under control, under constant monitoring by the doctors," Bruni stressed, in a brief note, in which he added that after the audience, Francis went to visit him at the Mater Ecclesiae monastery, in the Vatican gardens, where Benedict has resided since he resigned from the pontificate in 2013 in a decision that surprised the world, being the first pope to abdicate in 600 years.

The news about the health of the pontiff led several cardinals and numerous Catholic media to ask for prayers, starting with Robert Sarah, a conservative cardinal close to Joseph Ratzinger, who wrote “in these difficult and grave times, let us unite in fervent prayer for our beloved emeritus pope." The Cardinal Archbishop of Barcelona, ​​Juan José Omella, president of the Spanish Episcopal Conference, also joined the requests. Vatican News, the official Vatican media portal, launched a prayer for Benedict on social media, asking God for mercy on his “sick servant”.

Some Vatican sources indicated that the aggravation of his health conditions is not due to any new ailment, but rather to the fragility of his condition due to his advanced age. Others, as reported by the US media National Catholic Register, pointed to kidney failure that has worsened in recent hours. His fragility had already been commented on by many of the people who have visited him in recent times, who pointed out that, despite the fact that he reasoned and preserved his memory, his voice was practically imperceptible. When he turned 95, in April, his historic secretary, Archbishop Georg Gänswein, explained that he was lucid, although "naturally physically he was relatively weak."

The last time there had been fears in a similar way for the health of the German pope was in August two years ago, when his biographer, the German author Peter Seewald, reported that he was seriously ill after visiting him in the Vatican. Seewald said Benedict had been suffering from a shingles infection on his face since he returned to Rome after visiting his brother in Regensburg in late June 2020. It is a disease that, although not fatal, did cause him enormous pain.

When Benedict made the historic decision to resign from the papacy because of his age – he has already spent more time in retirement than his years as pontificate – he vowed to withdraw into a life of meditation and prayer at the Mater Ecclesiae convent, where he is cared for by four nuns. and Monsignor Gänswein, and from which he has left on very few occasions. His public demonstrations have also been counted. The last time Jorge Mario Bergoglio visited him officially – although Vatican employees say that he goes regularly without making it public – was four months ago. The occasion was the consistory for the creation of the new cardinals of the Church, and the Pope wanted to accompany them for a brief greeting to his predecessor. Then, in an image released by the Vatican, he appeared thinner. One of the last photographs of him, from the beginning of December together with the winners of a Theology prize that bears his name, already showed his physical weakness.