They say that the polls are still photos and that they reflect states of mind, although many times it seems that (in a country where they are published in droves) they seek more to influence the vote to feed cycle changes or, on the contrary, shield governments. 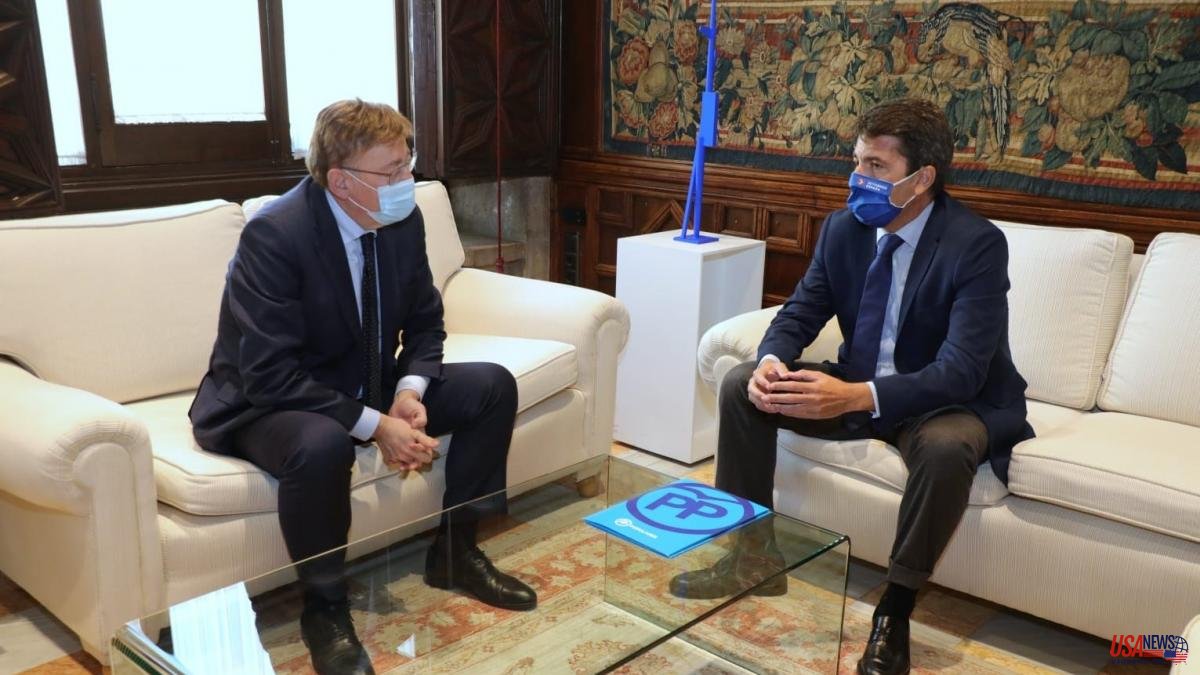 They say that the polls are still photos and that they reflect states of mind, although many times it seems that (in a country where they are published in droves) they seek more to influence the vote to feed cycle changes or, on the contrary, shield governments. . And it is that, as a senior leader of the Valencian Government warns, "the country that we will have in May (after a winter that is presumed complicated), will not be the same as we have now."

The Valencian political course has begun with a commissioned PSPV poll whose record and company are unknown, which breaks the trend of the latest right-wing growth polls and predicts a reissue of the Botànic with a very strong socialist party (which could reach 36 seats) and sows doubts about the future of Unides Podem. Of the latest surveys published in the only one that gives the purple ones a foot and a half outside Les Corts Valencianes, which has caused their anger.

In Podem they understand the socialist survey as a disloyal maneuver that reveals a strategy, in their opinion, wrong: seek to grow at the expense of the government partners. "If PSPV and Compromís seek a scenario of confrontation and grow at our expense, they are wrong," the purples point out.

It is the first survey reissued by the Botànic with only two of its three legs. A survey that has been highly criticized in the rest of the parties for its margin of error (3.7%) and for not giving the name of the company that has carried out the survey. However, there are aspects of the survey that do coincide with other studies, such as the strengthening of the PSPV after seven years in the Presidency of the Generalitat, a certain drop in voting intentions for Compromís and a rise for the PP and Vox.

Precisely in the popular ranks they believe that this survey of the Socialists is unreliable and they contrast it with the one they carried out in July. The PSPV one is also from that month. According to the data handled by the popular (which also does not give the name of the company), they would be the first political force in the Valencian Community and their 33 seats added to the 18 of Vox would give them 51 of the 99 deputies at stake, for the 48 of the Botanical. A narrow victory: the absolute majority is 50 deputies.

The PP does keep Unides Podem in the Valencian Parliament, but lowers support for Compromís even more and stops the hypothetical rise of the PSPV. The popular ones would win 14 seats and Vox 8, compared to 2019.

Apart from the parties, different media outlets have published surveys throughout this year and many more are expected as the electoral date approaches. The most recent, that of El Español in June 2022, predicted a turnaround in the Valencian Community with 35 deputies for the PP and 19 for Vox. A sum of 54 seats and a comfortable majority to govern. In the SocioMétrica survey, the PSPV would be left with 26, Compromís with 10 and Unides Podem with 8.

Another survey published this year shortens the distance between blocks. The Sigma Dos study that appeared in May in Las Provincias still left the PSPV as the majority force (29/30 seats) although with the PP hot on its heels (27/30). The fight for first place is presumed key if there is maximum equality, since the electoral system rewards the most voted with some extra seats that can end up tipping the balance.

In the Sigma Dos poll (prior to the resignation of Mónica Oltra) Compromís would hold up better (15/17 deputies) and Podemos resisted with 5, which would give the Botànic a narrow victory. That yes, comparing it with the same survey that was carried out a year before, a rise in the rights can be seen to the point of threatening the configuration of a third progressive government in the Valencian Community.

A trend that can also be seen in the Demoscopia and Servicios para Esdiario polls, which have gone from a tie in May to a victory for the right with 52 seats, after Oltra's departure.

This scenario of a technical tie (with some exceptions) is the one that has been repeated the most in the polls for more than a year. And it seems that, assumed by the demographic studies that Citizens will disappear without causing any damage to the possibilities of the right to reach the Generalitat Valenciana, no changes are seen between the two ideological blocs.

The most favorable polls for the PSPV are at the expense of electoral support for its partners and the strength of the PP depends on how much Vox rises. Yes, there is a certain tendency towards greater equality, even towards a change of government, but the reissue of a third Botànic cannot be ruled out, far from it.