The politics of the obscene

Giorgia Meloni looks at the Tik Tok camera holding two melons up to her breasts, winks and pronounces: “September 25. 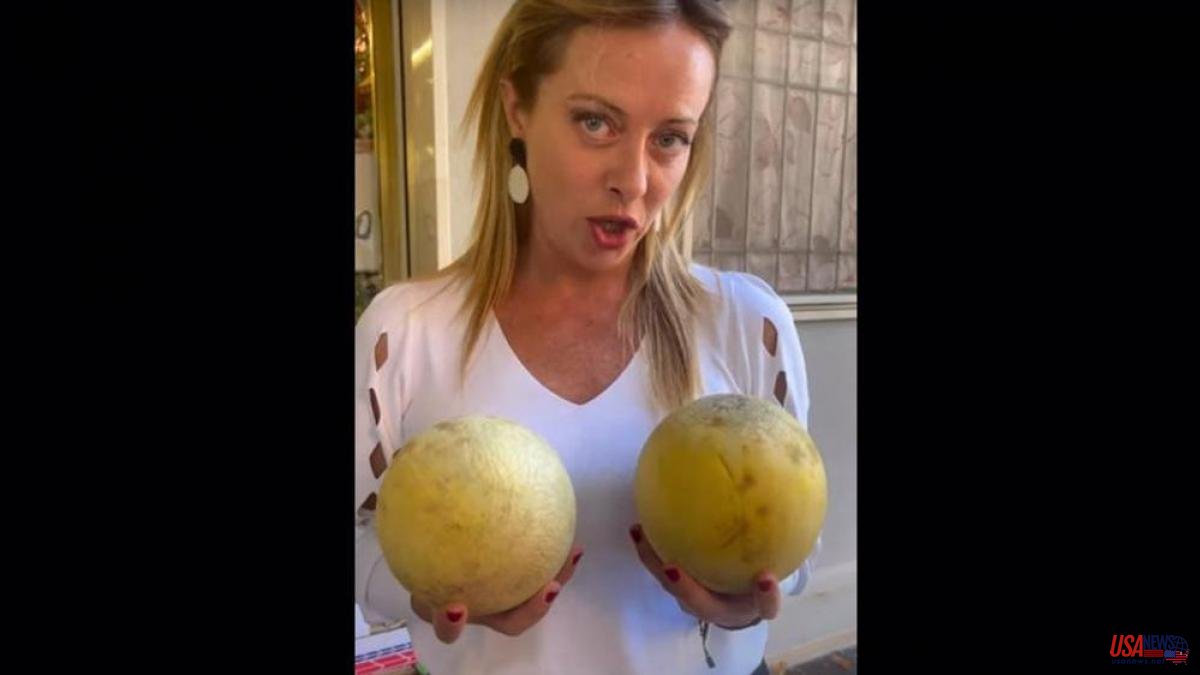 Giorgia Meloni looks at the Tik Tok camera holding two melons up to her breasts, winks and pronounces: “September 25. It's all been said." All told, there are no questions or doubts, the image contains the truth of the message: "Look at me, I have what it takes, now it's your turn -Italian patriot- to do what you must!"

We live in a profoundly exhibitionist and voyeuristic society where social networks are the privileged showcase of that drive for the gaze and where the obscene (what falls outside the scene) is extolled as the authentic truth, without mask or veil. Freud pointed out shame and modesty as dams against the instinctual, ways of dealing with what cannot be shown, not because it is prohibited by any moral norm, simply because it is impossible to show what is not there. There is no ultimate and definitive truth about sexual relations -the perfect manual on what should be done to achieve a full and harmonious sexuality- and that is why when we talk about sex we always introduce some veil (some more than others, without a doubt) that covers that absence and avoid us the direct and distressing encounter with the void. That is the difference between eroticism -which surrounds the subject making it desirable- and pornography, which shows it openly, without shame. Hence, the different consequences in sexual initiation and in social ties when appearances are preserved -and that feeds desire- or when it comes to erasing the fault with all kinds of fetishes and juggling exercises. Porn is innate with boredom, weariness and the objectification of the other (including sadistic violence) while eroticism leaves the outcome open and does not suppress the other as a differentiated partner.

Meloni's gaze is unashamed, imperative and defiant. Her "everything said about her" shows how she distrusts any word (love is basically nourished by words) and appeals to phallic attributes as the ultimate reason. There is data about her in her personal history -told by her in her autobiography I am Giorgia- about her that endorse that distrust in an absent father who abandons her early without helping her in the face of the episodes of bullying that suffered. Her challenge is to all the charlatan politicians who resign from their status as protectors of the most vulnerable. She will do it for them, she will not leave orphans in her fraternal movement: Brothers of Italy. The father, a figure that guaranteed modesty and guilt -overseeing in passing the abusive side of him- is overshadowed (neither Berlusconi nor Salvini would serve for that role). It's time to bring out the obscene.