The Estopa duo, the brothers, from Cornellà de Llobregat, David and José Manuel Muñoz launched last night at the Monumental Theater in Mataró a declaration of political principles in the act of acceptance of the Creu de Sant Jordi awarded by the Generalitat. 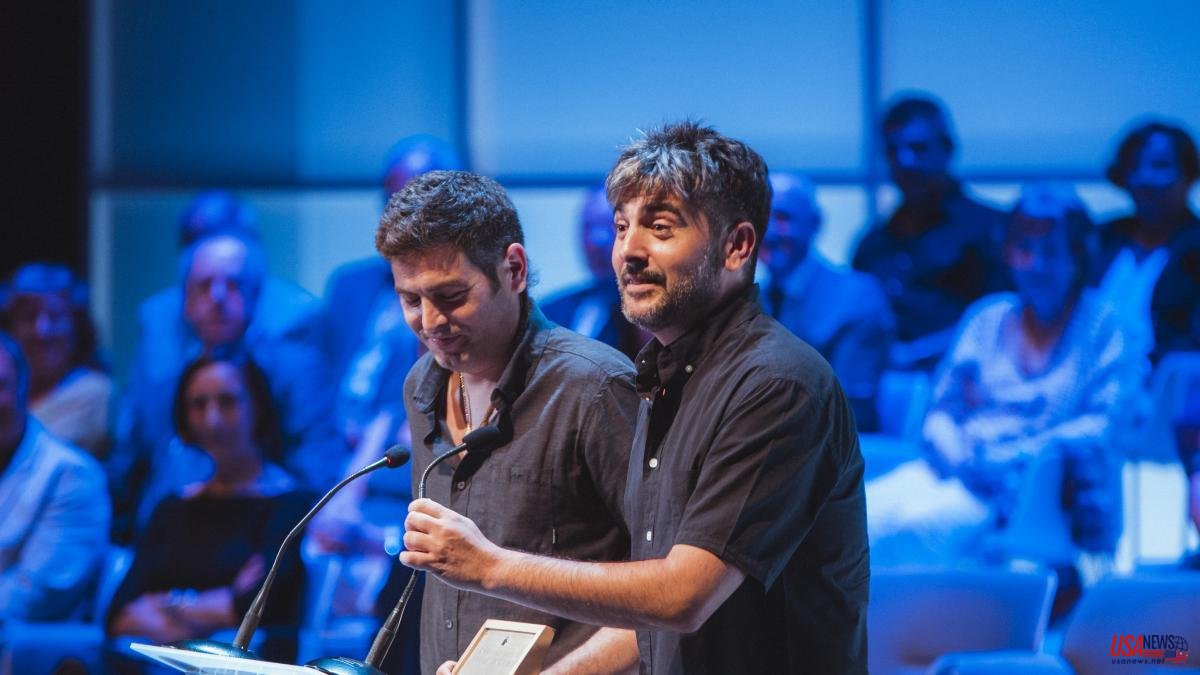 The Estopa duo, the brothers, from Cornellà de Llobregat, David and José Manuel Muñoz launched last night at the Monumental Theater in Mataró a declaration of political principles in the act of acceptance of the Creu de Sant Jordi awarded by the Generalitat.

In a speech read in Catalan together, both wanted to share the honor of the award “with people who want a decent, more ecological and more democratic future. With those who want a Catalonia in solidarity with the weakest, open, egalitarian, plural, mestizo and cosmopolitan. An authentic welcoming land that is an example for the whole world”.

The award granted by the Generalitat to Estopa, a musical group that has distinguished itself since its inception for vindicating the culture of the neighborhood, with metropolitan and mestizo roots, has been questioned by pro-independence sectors who have questioned whether they deserve this award.

In the ceremony presented by Mònica Terribas and Justo Molinero, the activist Fàtima Ahmed intervened on behalf of the 10 distinguished women and 10 men, she considered that the current "challenge of the country" involves working and recognizing --in her words-- diversity in capital letters.

Ahmed, awarded for her contribution to Catalan associations and the integration of women's groups, celebrated the parity of recognition, as well as the territoriality and wealth of all areas, referring to the academic, art, sports, and agriculture, and has urged "join efforts together to eradicate inequalities and discrimination."

The president of the Generalitat, Pere Aragonès, thanked the winners for their commitment: "They push us to think big to make Catalonia a fairer and more fully free country".

The Creus de Sant Jordi 2022 have recognized the career of Laia Palau in elite women's basketball, Carme Elias for "her long and recognized career in the world of acting and dubbing", and Jaume Mateu, known as Tortell Poltrona , his contribution to the world of the circus has been highlighted and whose recognition has been recognized by his son.

The Generalitat has also awarded the Creu de Sant Jordi to the Catalan teacher during the Franco regime Maria Carme Cardó; to the artist Mari Chordà; record producer Joan Carles Doval; the teacher and interpreter exiled in Mexico during the dictatorship Rosa Maria Duran --who did not attend the event because she resides in Mexico--; to the writer Josep Espunyes; to the physicist María del Carmen Llasat, and to the muralist painter Josep Minguell.

Among the distinguished people are the teacher and anti-Franco and feminist activist and former deputy Maria Olivares; one of the founders of Unió de Pagesos Lluís Parés; the engineer Jordi Puig; photographer Hisao Suzuki; the physicist Lluís Torner; the economist Carme Trilla; the pastor Marina Vilalta --whose recognition has been collected by the mayoress of Ribes de Freser (Girona).

Posthumously, the sociolinguist Miquel Strubell and the plastic artist and enameller Andreu Vilasís have also received the Creu de Sant Jordi in 2022.

The Generalitat has also recognized the Colla de Castellers els Bordegassos de Vilanova with the Creu de Sant Jordi in the form of a plaque; to the association El Círcol de Reus (Tarragona); to the Association for Sexual and Reproductive Rights, and to the association Societat Cultural i Esportiva La Lira de Sant Andreu de Palomar in Barcelona.

The entities that have also received the Creus de Sant Jordi 2022 are the band Companyia Elèctrica Dharma, the Fundació del Gran Teatre del Liceu, the Hipra Laboratories, the Joventut de la Faràndula in Sabadell (Barcelona) and the Orfeó Vigatà.