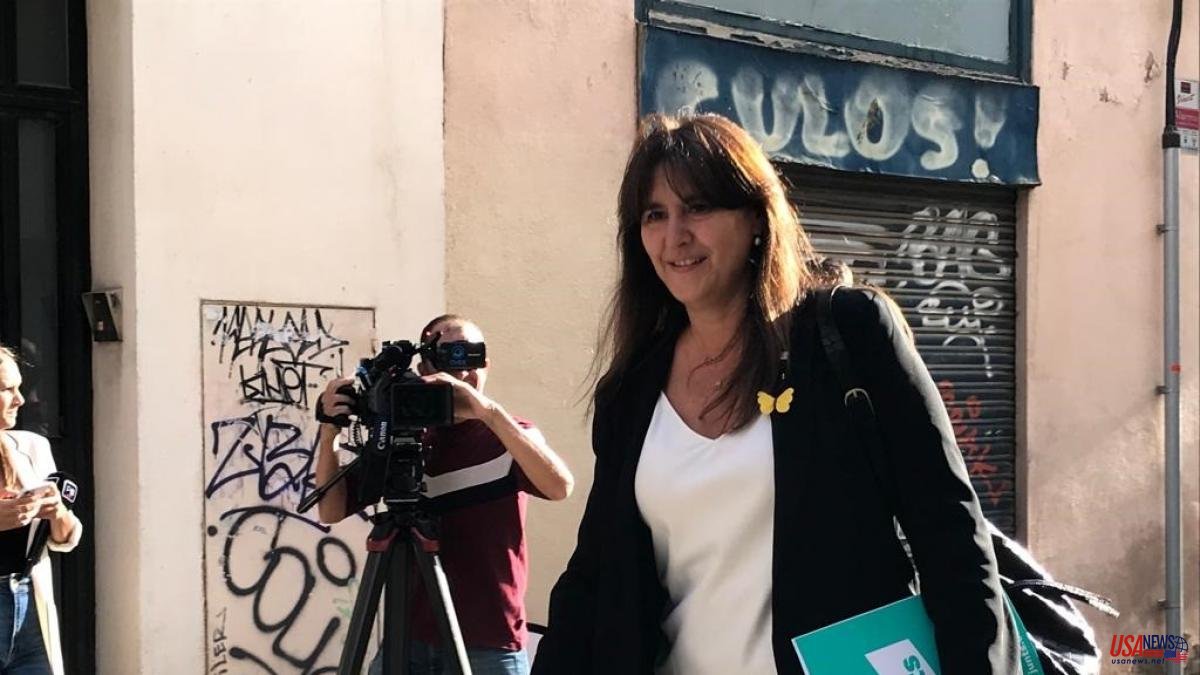 Political requiem for Francesc de Dalmases. Resigned as vice president of JxCat and as spokesperson for the Catalan public media parliamentary commission. His companions have torn badges and stripes from his tunic and have sent him to the trench as a common deputy in the hope that the Commission for the Statute of the Deputy that has to evaluate his case in Parliament will give him the final shot . Poor Dalmases is badly disliked by many people from his own party. To justify those bad feelings, those who have nailed him to the cross resort to the hackneyed exculpatory justification that whoever kills iron, dies iron.

The truth is that the formal question of the Dalmases case – intimidating a journalist – is showy and worrying. But it is by no means something exceptional, nor is it what has led to her political defenestration in JxCat. A piece of free advice: the rest of the parties would do well – some with command in the square – to stand in front of the mirror and clean up a bit. Lest the speck in someone else's eye end up turned into a beam in your own.

Dalmases has been shot by JxCat –beyond his demerits and sins– for being Borrás's squire. And there will be more blood. There are too many pending bills between sectors and above all an irreconcilable way of understanding the way of doing politics between them. JxCat will not be able to articulate itself as a solvent formation until the Laura Borràs-Aurora Madaula-Jaume Alonso Cuevillas-Francesc de Dalmases quadruple (and other names of lesser value) leave the party or remain whole. The efforts of the general secretary, Jordi Turull, to keep the family together, even if it is ill-advised, putting himself in profile every time an issue has to be resolved on the battlefield are willful. But they show how weak his position is. Turull does not want to be a part player, or not at all. But as a referee his task is impossible. Players on both sides have already seen that he tends to hide on key plays and that it's easy to get on his beard.

The pressure to remove Dalmases from any responsibility on the part of the entire Junts faction that considered it a mistake to abandon the government of the Generalitat is also a rebellion against the cult of personality that is practiced in Laura Borràs' environment. And a way to say loud and clear to the former president of the Parliament that she can win consultations with the militancy with the conjunctural support of Carles Puigdemont; but that at the party headquarters and behind closed doors they can beat her up and knock her out if they want to, no matter how JxCat president she is. And they want. It is a serious warning for when his trial for corruption begins. Borràs's future in the judiciary should make her reflect on the inconvenience of demanding loyalties loudly.

The PSC did not have a project again until it was abandoned by those who ended up embracing the sovereignist cause. ERC also knows what it means to purge oneself and shrink oneself in order to heal oneself. JxCat has no other choice if he doesn't want to end up consumed by the increasingly heated internal hatreds (in the literal sense, not as hyperbole). After the defenestration of her colleague Dalmases, the second secretary of the Parliament, of JxCat, Aurora Madaula, posted the following text on her Instagram: “Professional ‘politics’ does not seek justice or truth. Seeks revenge and personal interest.” Hours later, Cuevillas was dispatched on the radio with a direct message to Jaume Giró about the need for him to get used to it and say that he is no longer in the Government. As you can see, the war in JxCat is not knife-wielding. It is more like an episode of Narcos with different families fighting for control of a plaza: give that asshole a lead!

If being in the opposition is difficult, being in it while waging a civil war in your own ranks makes the task of becoming anything resembling an alternative impossible. It will be seen in the municipal elections. Poor JxCat mayors, including Barcelona. Whatever your last name.