579 National Police officers, 12% more than in 2021, will be in charge of the security of the preuvas that are held this Friday night and of the chimes of December 31 at the Puerta del Sol in Madrid, which will evict 8:50 p. 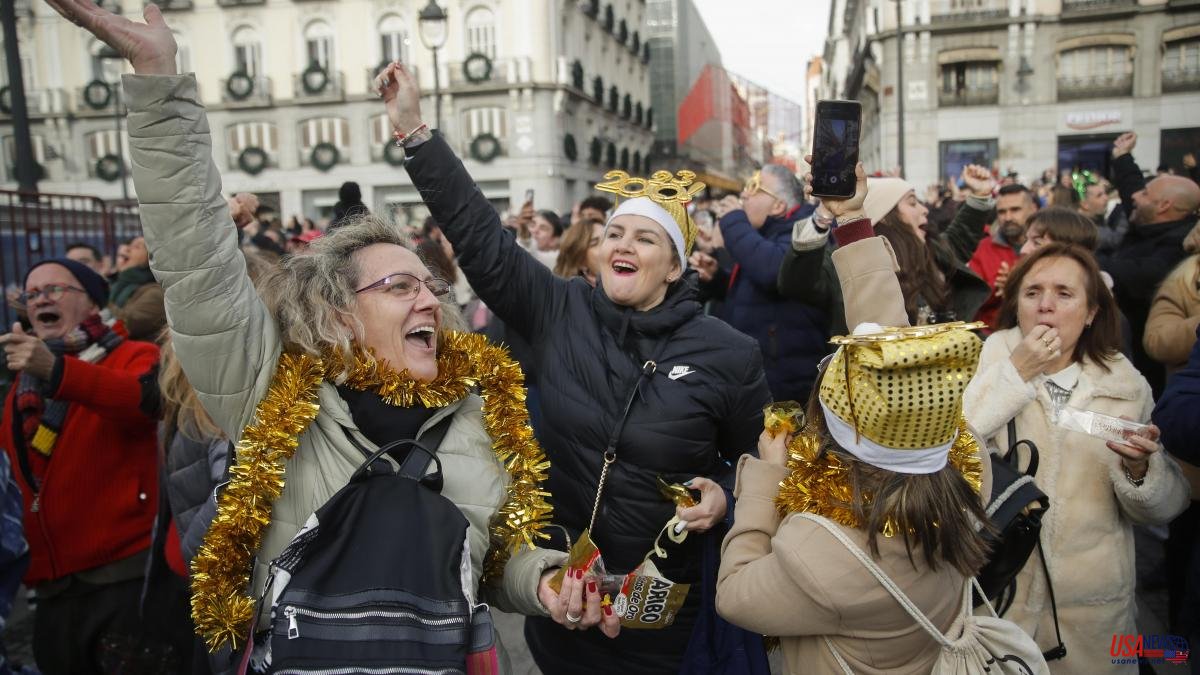 579 National Police officers, 12% more than in 2021, will be in charge of the security of the preuvas that are held this Friday night and of the chimes of December 31 at the Puerta del Sol in Madrid, which will evict 8:50 p.m. and which will have to be entered later through security filters where it will be inspected that no one is carrying dangerous objects.

Silvia Pérez, spokesperson for the National Police, has shelled this Friday at Puerta del Sol itself the device of the Madrid Police Headquarters for these two days.

In addition to the details of the device, Pérez has listed a series of recommendations for all those who attend the celebrations of these two nights, such as not carrying cell phones or wallets in their back pockets, or putting children somewhere visible, such as the hand Parents' phone number in case they get lost.

The National Police officers join the 250 Municipal Police officers who will ensure the safety of the 7,500 people who will be able to congregate at kilometer zero of the city, a figure similar to that of last year -7,000 attendees- which has determined by the space occupied by the works that are carried out in Sol, paralyzed during these Christmas dates and that will be resumed after Epiphany.

Both this Friday and Saturday, the security forces will proceed to the "total eviction" of Puerta del Sol at 8:50 p.m., with the aim of carrying out the cleaning functions correctly.

After that, "a thorough inspection of the area will be carried out to avoid leaving any object that could disturb public order", and then "access to the square will be allowed through the streets of Mayor, Alcalá, Arenal and Carrera de San Jerónimo ".

In addition, after twelve bells there will be a pyrotechnic show with sixteen volcanic effects and stars in the colors of the Community of Madrid flag, which will also be represented with lights on the main balcony of the Real Casa de Correos.