More inspections in restaurants, more random controls in the streets, more recognitions in the surroundings of squats, more hours of flight to monitor from the air, more police in the vicinity of hot spots, more parking spaces for official delegations, More traffic cuts: Madrid has entered the countdown to the NATO Summit, so the National Police has intensified its operational, preventive and protection actions in the capital. 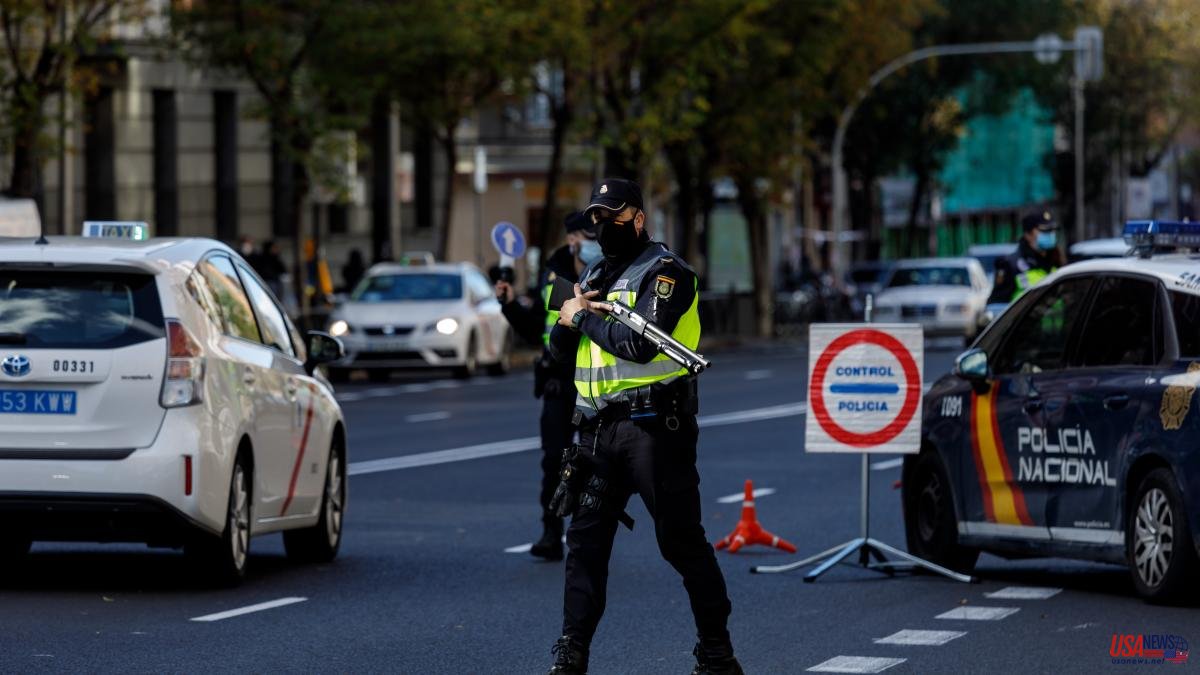 More inspections in restaurants, more random controls in the streets, more recognitions in the surroundings of squats, more hours of flight to monitor from the air, more police in the vicinity of hot spots, more parking spaces for official delegations, More traffic cuts: Madrid has entered the countdown to the NATO Summit, so the National Police has intensified its operational, preventive and protection actions in the capital.

The Eirene Device, designed by the Ministry of the Interior, will be 100% deployed in the next few hours with 6,550 national police, 2,400 civil guards and 1,200 municipal police. Everything to guarantee the security of the forty international delegations that have already begun to land in Barajas.

It will be then that citizens begin to notice the collapse of the city center, with traffic cuts, blocked streets and security perimeters around hot spots that will be impassable. The authorities only repeat one word: “patience”.

The most affected areas will be those that host the main events of the summit, such as Ifema or the Prado Museum, which will be closed for two days because it will host a work dinner in areas that will not affect works of art.

The surroundings of the Royal Palace, the Royal Theater and the Reina Sofía Museum, the axis of the Paseo de la Castellana (for the hotels where many delegations will stay) or those of the Barajas airport and the Torrejón Air Base will also be altered.

Outside of Madrid, the Royal Site of San Ildefonso and the Royal Glass Factory of La Granja, in Segovia, a visit also included in the program for companions.

The most critical moment, all the police sources consulted agree, will be experienced during dinner on Wednesday at the Prado Museum, in the heart of the city. Two Coordination Centers –one at IFEMA and the other in a location not designated for security reasons– will monitor every movement: the subsoil will be combed, there will be drones flying over the city and more than a thousand riot police deployed. For now, the anti-terrorist alert level remains at 4, although the evaluations will be constant until now.

Every day, more than 500,000 vehicles enter Madrid through the different access roads to the capital. For this reason, the authorities, in addition to asking in recent weeks for teleworking, beg to use public transport. Especially the subway.

The entrances and exits to Madrid on the A-2, the M-11 and the M-40, in the section between these two roads, will register traffic cuts from tomorrow, Tuesday, especially in the early hours of the morning and in the afternoon , which will cause retentions in the rest of the accesses.

To access Madrid by car, the only high-capacity alternative itinerary is the R-2 to then take the M-50 towards the capital, bearing in mind that there will also be road closures and traffic will be very complicated.

For journeys to and from Adolfo Suárez Madrid Barajas airport, the recommendation is to use Metro and Cercanías.

Starting today, Monday, it is forbidden to park in the areas marked out by the Madrid City Council, with special attention to the central almond of the city.

The axis of the Paseo de la Castellana will be "completely closed" at times, as well as the Paseo del Prado, due to the transfer of the different delegations.

The Ifema Madrid area will be especially affected, with traffic cuts in the vicinity.

All EMT lines will be free Tuesday, Wednesday and Thursday.

The Feria de Madrid station will remain closed from Tuesday 28 to 30 June, both inclusive, and the arrival and departure of the area is reinforced with two more bus lines, 104 and 112 of the EMT.

For security reasons, public transport could be modified in a timely manner, as well as the frequency of trains, or the closure and control of capacity in certain stations.

The ban on parking in certain areas of the capital, marked out for this purpose, began this Monday. The affected areas have already been marked by the City Council. "I ask that the markings be respected for security reasons," the mayor pointed out. Another fact also from the United States delegation: the caravan that accompanies Joe Biden on his trips will be made up of fifty vehicles.

José Luis Martínez-Almeida has reiterated that there will be "very complicated days" for the city "from Tuesday afternoon to Thursday", since "Madrid is going to be a blocked city because it is going to affect Ifema, also the spine , La Castellana, as well as the entire north-south axis, M-30, M-40 and Nudo Norte".

For this reason, he has insisted on the need to opt for teleworking whenever possible, and that movements be minimized. Regarding possible altercations, the councilor has guaranteed that "Madrid is and will be a safe city."

The Madrid Hotel Business Association (AEHM) has estimated that the NATO summit, which will take place on June 28, 29 and 30, will attract up to 70% hotel occupancy in the capital.

One fact: only the American delegation has reserved 1,200 rooms, police sources point out. In a perimeter of between 300 and 500 meters from these hotels, the agents will create police cordons.

From AEHM they point out that it will be the four and five star hotels, as well as those located around the Castellana, María de Molina and Ifema Madrid, which will support the increase in demand related to the summit to a greater extent.

It is about 40 delegations with up to 5,000 participants. "In Madrid we have had congresses with a greater number of participants and we have assumed it and it has been managed very well," defended the spokesperson for the hoteliers.