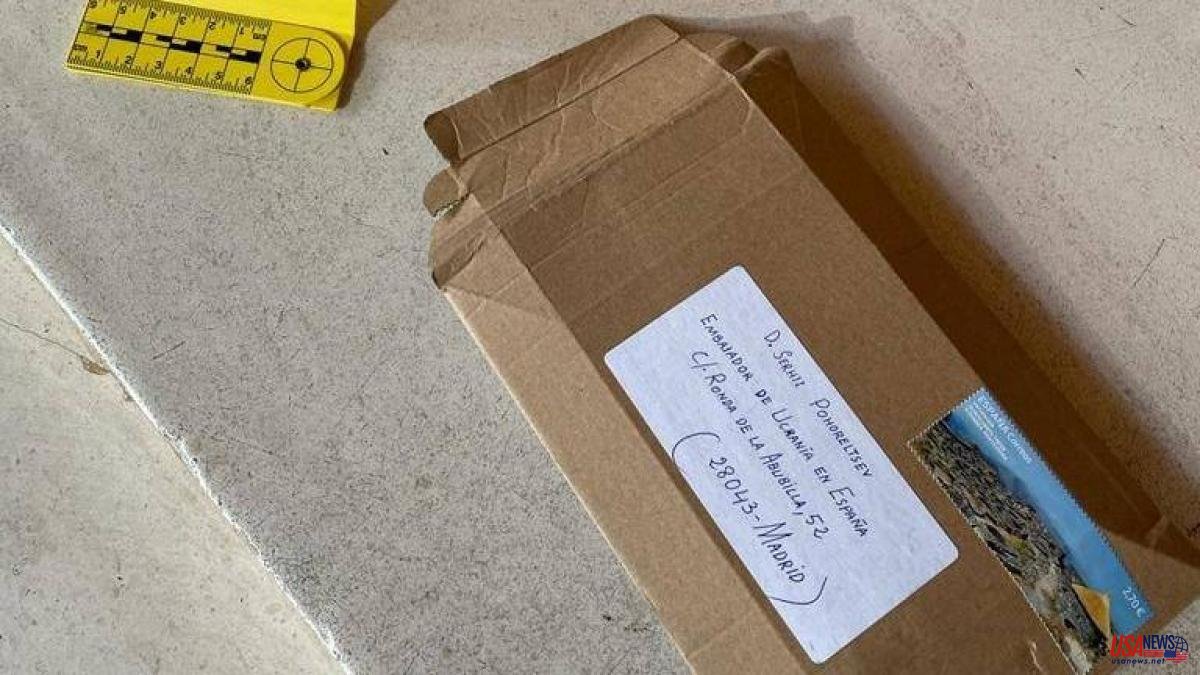 The National Police has informed the National Court of sending an envelope with pyrotechnic material to the President of the Government, Pedro Sánchez, which was detected and neutralized by the security services of the Presidency of the Government. According to Interior sources, it would be an envelope similar "due to its characteristics and content" to those received at the Ukrainian Embassy in Madrid, at the Instalaza de Zaragoza company, at the Torrejón Air Base and at the Ministry of Defending.

The interception of the envelope addressed to Sánchez, which has now been made known, took place on November 24, after the services of the Security Department of the Presidency of the Government, in the tasks of screening and filtering the correspondence, detected a suspicious mailing. It was an envelope addressed to the President of the Government, which had been sent by ordinary postal mail.

The Security department activated the pertinent protocols and, after securing the area, proceeded to the controlled deflagration of the envelope. At the expense of the definitive results of the analyzes that are being carried out, the envelope could contain a substance similar to that used in pyrotechnic devices, as reported by Interior.

The one sent to the President of the Government is added to the four letters with explosives intercepted in the last 24 hours. This past dawn, a suspicious package was intercepted by the security systems of the Torrejón de Ardoz military base (Madrid) that was addressed to the European Union Satellite Center (Satcen), which since the Russian invasion has provided Ukraine with strategic information on the conflict.

This package was detected between 3:00 and 4:00 last morning and was analyzed by X-rays. After this study, it was determined, according to Defense sources, that inside it could contain some type of explosive mechanism.

According to the same sources, agents from both the National Police and the Civil Guard went to the air base to secure the area. On this occasion, as in the case of Zaragoza, there have been no regrets about any injuries. In Madrid, a worker from the Ukrainian Embassy was injured when he tried to open the package.

This same morning at the main headquarters of the Ministry of Defense another similar envelope has also been detected. The Security services of the department headed by Margarita Robles have given the alert to the Tedax, specialists in the deactivation of explosive devices. According to ministerial sources, there are no injuries.

Yesterday a first letter was addressed to the Spanish ambassador in Ukraine and a second to an arms company in Zaragoza, which manufactures the grenade launchers that Spain sent to the Ukrainian army at the beginning of the war.

Sources close to the investigation told La Vanguardia last night that they are working on the hypothesis that the sending of the first two letters with explosives are related to each other on the occasion of the war in Ukraine. Both shipments are being investigated for the crime of terrorism in the National Court, which has already opened some proceedings.

This morning, the PSOE spokesperson and Minister of Education, Pilar Alegría, has called for "tranquility". "I want to transfer my trust to the police and the Tedax", Alegría stressed. "Fortunately, the police and Tedax are investigating it," she added. In this line, the Minister of Transport, Mobility and Urban Agenda, Raquel Sánchez, has also expressed herself during her visit to Camargo (Cantabria), who has affirmed that the State Security Forces and Corps have acted "as appropriate".