The PNV puts the intermittent

The euro below the dollar for the first time in twenty years. 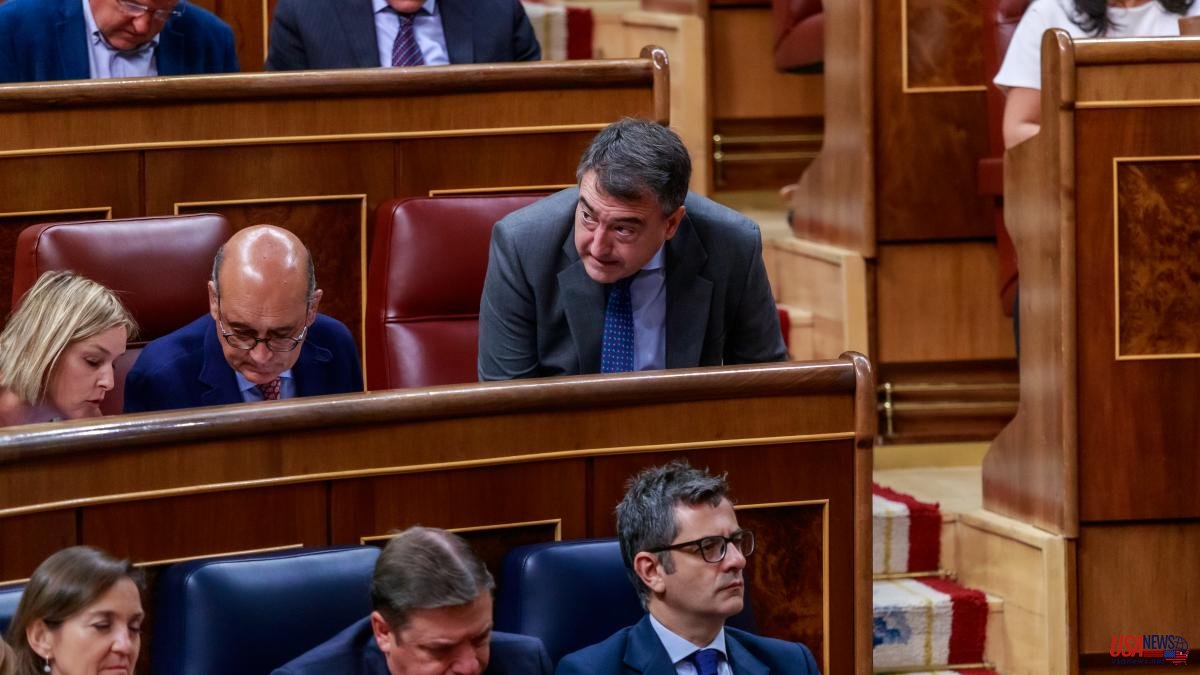 The euro below the dollar for the first time in twenty years. Inflation in the United States riding towards 10%. Gas at 173 euros MWh in the European market (Dutch index). Electricity at 147 euros MWh in Spain, the lowest price in all of Western Europe, thanks to the gas cap. Tourism at its peak. Nervous laughter on the terraces before the avalanche of catastrophic omens. I rule!

A feeling of decline shared by half of the Spanish population, with special intensity among right-wing voters, according to a survey released the day before yesterday by Metroscopia. The Villarejo tipper. The stench of sewer. The bad roll of journalism. A pessimistic drift, with people who enjoy predicting misfortunes. People who want them.

With this panorama, proclaiming a winner of the debate on the state of the nation can be artificial. Pedro Sánchez has won the debate, but it is not certain that he has won the debate, understanding this as a moment of great social conversation about the political situation in the country. With millions of people wanting to unplug, the month of July is not the best time for that discussion. These days, the nation is trying on its swimsuit or doing the math to make it to the end of the month.

Sánchez has won to the extent that he has managed to get out alive. He has once again shown the ability to react at a difficult time, which does not mean that the turn to the left is going to move the background currents, today very adverse to the Government.

A flatter or more passive Sánchez would have left the chamber dead, consolidating a strong expectation of a shift change. Once again, Sánchez has resisted. It will surely have managed to reach September without widening the current gap between the Popular Party and the PSOE, which could be around six or seven points, according to independent professional estimates (30-31% for the PP; 24% for the PSOE). .

To try to make a comeback during the last eighteen months of his term, the president could start the course with a second reshuffle of his government, to make way for a war cabinet with tougher people in some key ministries. The winter campaign calls for more seasoned officers. Are there?

The Popular Party had no reflexes on Tuesday to change its speech before the announcements made by Sánchez from the speakers' gallery. The spokeswoman Cuca Gamarra was not in a position to improvise a speech different from the one they had prepared in Genoa. (A well written speech, everything is said). Very few Spanish politicians today are capable of such an oratorical exercise. A speech focused on ETA was a mistake. An error that will not lower the expectations of the PP in the polls, but which tells us that the reborn Alpha Party of the traditional middle classes is not yet fully ready to win the next general election undisputedly. Just yesterday, Alberto Núñez Feijóo avoided commenting on the new taxes on banks and electricity companies. Feijóo dives into the Arousa estuary when he senses danger, in this case, the risk of unpopularity.

For all these reasons, the speech delivered yesterday by Aitor Esteban, spokesman for the Basque Nationalist Party, takes on special significance. We are not going to repeat that Esteban is one of the best deputies in the chamber. There is consensus on this point. By delegation of the Euskadi Buru Batzar, Esteban turned on the right flashing light yesterday, indicating to Sánchez, by means of a light signal, that the PNV has decided to fly alone for the remainder of the legislature. Flying solo doesn't mean you're going to drop the government; it means that you are beginning to contemplate other possibilities for the future.

A reinforced PP without an absolute majority could come to govern, after negotiating conditions, with the support of the Basque nationalists, the Canarian Coalition, some regionalist group, and the reborn convergents, who will attend the next general elections on several lists. We are going to see a visible flowering of the convergent gene in the coming months. The Catalan political map is not yet fully established, as Gabriel Rufián knows very well, a character in search of an author.

The task of Sánchez and his leftist allies is now to prevent the gap between pessimism and confidence from widening further in a society tired of so much unforeseen adversity and scared of the future. Russian tsarism is not going to make it easy at all.