The plague of meteorological sensationalism

Whatever you have, bring. 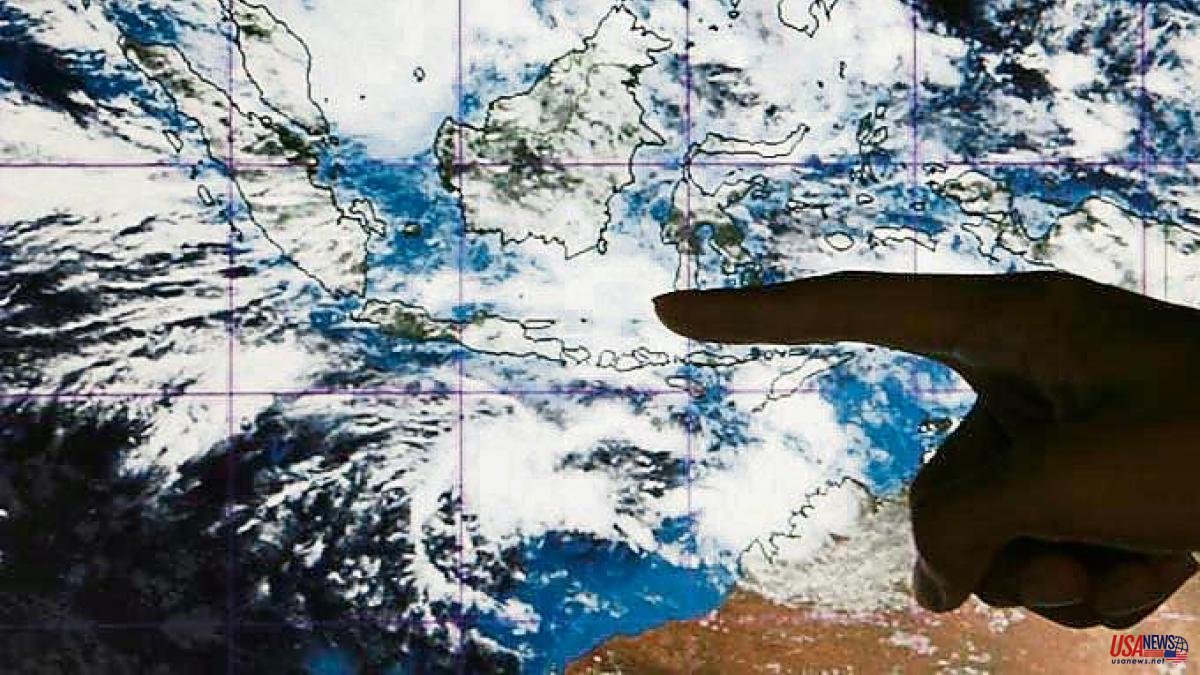 Whatever you have, bring. Such is the way journalism works. The boiler of information demands fuel permanently and does not allow any respite. The news entertainment industry is the chef of the dishes that have to be served to audiences on a daily basis. And these tend to swallow voraciously and without chewing, as did Gargantua and his son Pantagruel.

The event is the fuel that burns better and provides more benefits to the news engine. The food that gives the audience the most calories. Sugar in vein. The unexpected event, the more dramatic the better, accounts for our human frailty and the inability that accompanies us to anticipate, control and live in an orderly and predictable world. Surprise, fear, indignation, depending on the event, are intense emotions that hijack our brain and make the event the ideal subject to monopolize our attention. The extraordinary event, or simply explained as such, dazzles us like the headlights of a car on a rabbit immobilized on the road. Only, as with drugs, as time goes by we need higher doses to achieve the same effect. Hence, the yellowing of information is increasingly necessary to keep us attentive. Nothing that hasn't been known for a long time. At the dawn of private television in Spain, it was summed up well by a director who was putting together his audiovisual project: two people arguing serenely on a bench do not arouse interest; if they do it with perceptible but still measured warmth, the passerby will look sideways without stopping walking; if they come to blows, people will stop and watch. You have to bet on the latest to make successful television. It has gone great.

It was only a matter of time before this way of doing things permeated all the information drawers. Giving a patina of success to any newsworthy event improves audiences and that is the path that has been traveled with quick determination. Virtually nothing has been left out of this trend. Neither does the information on the weather, which has succumbed in a fairly general way to the temptation of becoming, day in and day out, a permanent announcement of the apocalypse. Note, particularly the friends of going on the hunt for the denier, that we are not referring to information of a climatological nature –that is another question–, but to the meteorological one, that which was once carried out by men and women of the time who presented with the same face and tone of voice a universal deluge, a hurricane or a day of 45 degrees in the shade throughout the Peninsula and that would serve to know whether to take your coat or not before leaving home.

The meteorological tabloid has reached its peak this admittedly hot summer. A non stop carousel presented in the form of a daily cataclysm. Hecatomb and daily devastation. The new norm is to present everything as something abnormal, unusual, extraordinary. If a heat wave is over, we must focus on the next one and add that in autumn we will go down on a raft through the streets of the Eixample because of the downpours. But above all, everything must be explained as if none of this had happened before, as if we were on the verge of extinction in the next few days, if not minutes.

All this would not be important if it did not unnecessarily increase the effects of echoanguish. The Lancet, a reference voice among medical publications, published a study a few months ago in which 45% of those surveyed stated that concern about the climate had a very negative effect on their daily lives. This is not about denying the effects of climate change. But it would be reasonable to abandon the informative scam that involves presenting any meteorological information with the automatism of linking it directly to climate change with the tricky hose of cause-effect. We deserve more respect and an effort from those who know the most to help us separate the grain from the chaff. Not so that we can happily forget about the future, simply to let us live with a point of calm in the present. What we have on our hands is already serious enough. It is not necessary to add weight by mixing churras with merino. To climatology what is climatology and to meteorology what is meteorology.