Bernat Cot and Laura Aubert are the performers and also those responsible for the dramaturgy of the production Els secundaris, which the company Els Pirates Teatre premieres today in the Maldà (until June 26). 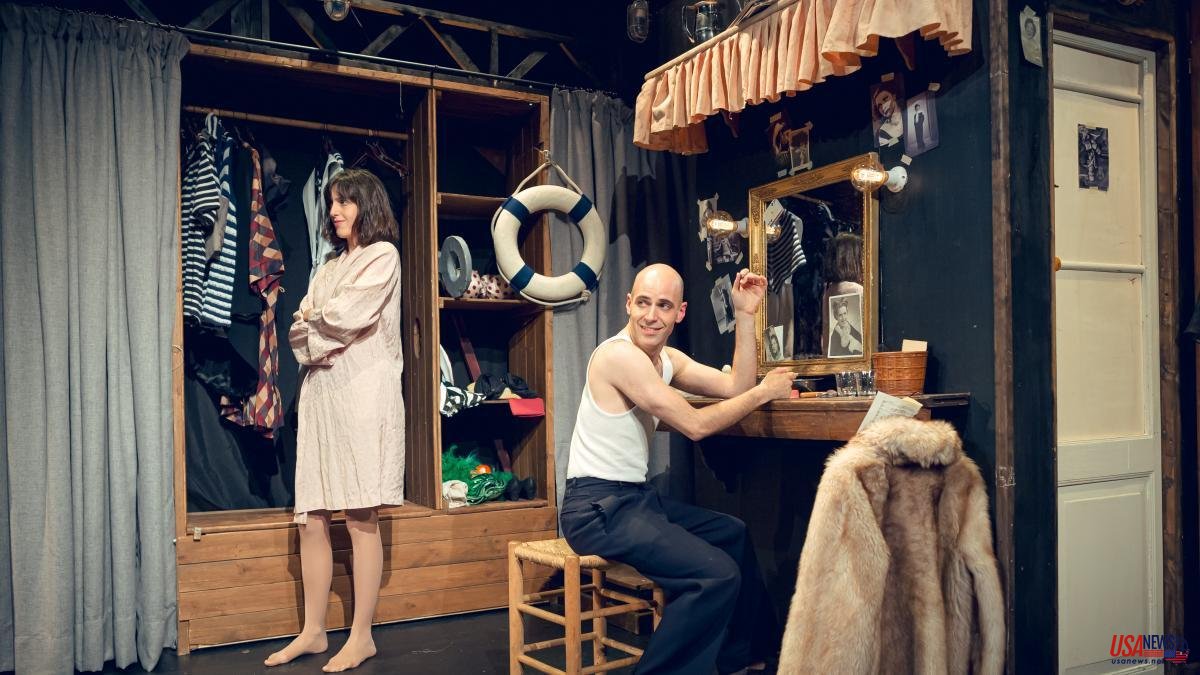 Bernat Cot and Laura Aubert are the performers and also those responsible for the dramaturgy of the production Els secundaris, which the company Els Pirates Teatre premieres today in the Maldà (until June 26).

“We wanted to pay tribute to those actors who play secondary roles and also to all those who work behind a montage. And it seemed to us that the golden age of Paral·lel, the twenties, gave us a game”, they explain.

"Sometimes we underestimate the secondary, also us when we make one, and they are important in this world - explain the interpreters -. We find parallels with what happens to us today.” And all this has ended up being a vaudeville.

Directed by Adrià Aubert, the two performers give life to fifteen characters and a long twenty costume changes in the dressing room that the public sees, while on the stage, which is not seen but heard, the stars of the moment shine, Tina de Jarque and Alady.

"It has not been an easy show to carry out, since next to the dressing room an entire play passes, which we have had to record and mount ourselves," details the director.

Laura Aubert notes: “The initial idea came from a biography of Alady, who was a great star and now few people know who she is, and that is also surprising. He says that a businessman sold a work with many stars badly because it was a potpourri of issues of different styles and he said it was a magazine, and it failed.

"Most of the anecdotes that come out in the play are real and arise from things we have read, that have happened to us or that friends have told us," continues the actor. The actress gives examples: "she falls a piece of scenery, confessions before leaving ...".

Els Pirates confirm that, both then and now, those who work in this world do not have a good time, but they have raised it with humor, with references from the 20th century, such as the Marx Brothers and Monty Python, and choreographies of the time.

With Els secundaris and La setena porta, based on texts by Brossa presented at the Center de les Arts Lliures, the company is celebrating its 20th anniversary.