Authorities in matters of Cultural Heritage and Fine Arts have considered, in a preliminary way and in the absence of more exhaustive reports, that the work attributed to Picasso, intercepted at the Ibiza airport, is original and, therefore, the price invoiced by a Swiss gallery adjusted to the market price. 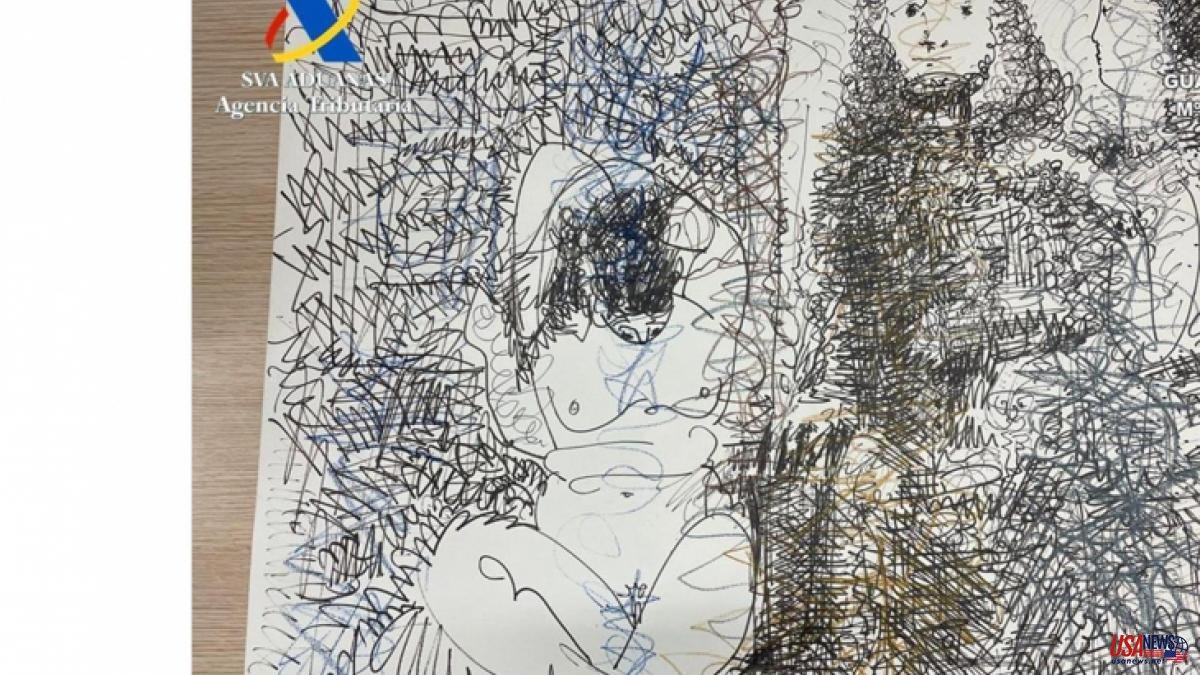 Authorities in matters of Cultural Heritage and Fine Arts have considered, in a preliminary way and in the absence of more exhaustive reports, that the work attributed to Picasso, intercepted at the Ibiza airport, is original and, therefore, the price invoiced by a Swiss gallery adjusted to the market price.

This has been communicated by the Ministry of Finance after Cultural Heritage intervened the piece and examined it. Subsequently, he informed the director of the Ibiza Museum of Contemporary Art about the originality of the piece, as well as its market value.

However, to determine the definitive accreditation, more exhaustive reports will be required, which will have to be carried out by experts in the work of Picasso using more advanced techniques.

The intervention of the piece took place on July 5 by customs officials and Civil Guard agents, within the framework of a joint operation. The work, entitled 'Trois personnages' (1966), was found in the luggage of a traveler from Switzerland who was trying to bring the painting into Spain without declaring it.

According to the Ministry of Finance, they received the suspicion sent by Swiss customs that a Swiss traveler who was going to Ibiza from Zurich carrying the work of art.

After the notice, customs officials and the Civil Guard organized an operation to seize the work, in case the traveler tried to bring it into Spain without declaring it.

Upon his arrival in Ibiza, the airport security police proceeded to check his luggage and found a Picasso inside. The traveler assured that the work was a copy and denied that he had to declare it. At that time, he certified the amount that the piece had cost him through a handwritten invoice detailing the price of 1,500 Swiss francs.

However, in the in-depth search of his luggage, a second invoice was found, this time from an art gallery in Zurich for a value of 450,000 Swiss francs, in which the title of the work 'Trois personnages' by 1966.

The customs authorities thus proceeded to intervene on the sheet for an alleged crime of smuggling, as a work of art whose value would clearly exceed the legal limit of 150,000 euros had been introduced into Spain without a declaration.

The legal introduction of the work in Spain would have implied having to pay customs duties and VAT on imports, in addition to the administrative declaration obligations to which the merchandise was subject.

The work of art is currently at the disposal of the Investigating Court 4 of Ibiza, which is in charge of investigating the facts.