Oil is in everything. 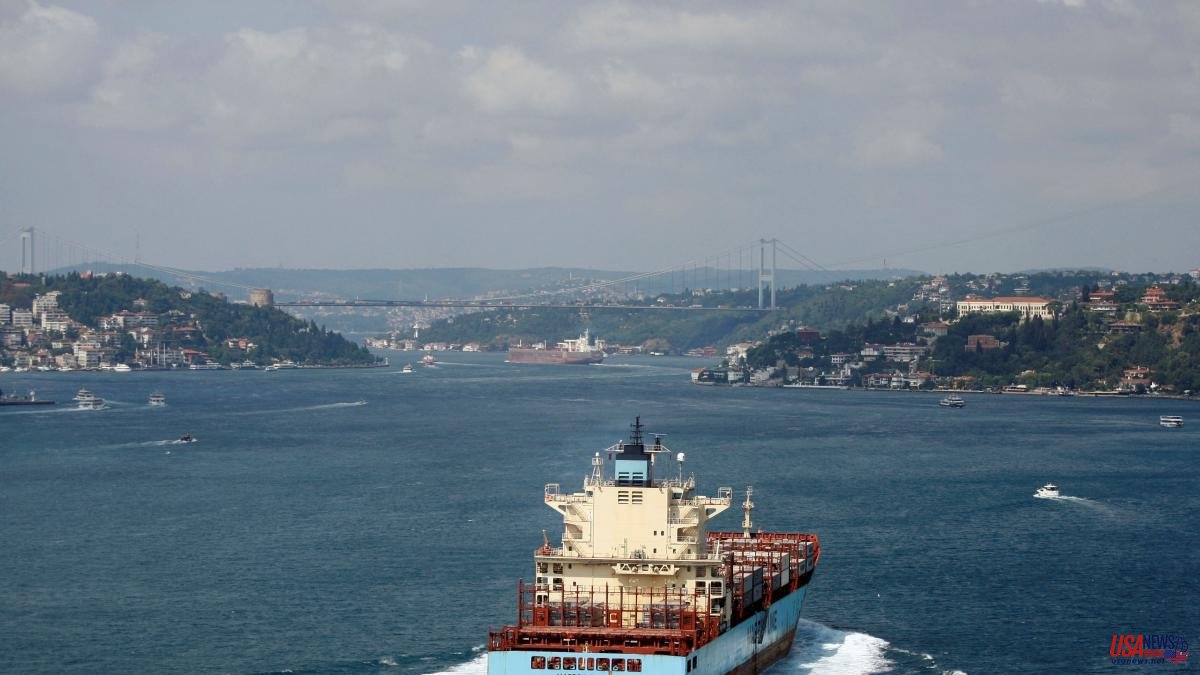 Oil is in everything. And it all depends on oil.

It is used to make a ballpoint pen as well as for gasoline, contact lenses, the most exquisite perfumes or a simple nylon hat. Its applications number in the millions. Europe is 96% dependent on importing it. On average, in 2021, 30% were Russian. But in some EU countries, such as Slovakia and Lithuania, almost 100%. And in more than 50% in Finland or Poland.

Until now? Because of the sanctions against Moscow, does it stop being like that?

– “They deceive us all. Because it is so essential…”

This is how Samuel Furfari, a specialist in energy geopolitics, both in Brussels and London, expresses himself about the European embargo on Russian oil.

And it is that the European sanctions on Russian crude for the war in Ukraine have entered into force. "With limited exceptions" is a no to its import, and a limit to its price of 60 dollars/barrel when it is marketed by sea with third countries. Also a mechanism to keep its cost always 5% below the market price.

Another thing is its real effects. Or possible.

“It is not known where exactly the oil comes from. It is a huge market in which many sales and purchases are mixed. There is no direct connection between the producer and the consumer. There are always intermediaries. A ship is bought and sold as it sails. It is then refined to make products and can be blended. The product that comes out is not known if it is Russian or Arabian crude. It is not possible to know. The gas is not mixed but it also changes owners” quotes Furfari.

The clues, the data, the facts seem to largely corroborate his version.

In Italy, Lukoil, Russia's largest oil company, owns a refinery in Sicily. Rome asks that its production be considered Italian. Is she Italian? For now it is: the Government has placed it under its “provisional” supervision. To avoid its closure.

ISAB, which is the name of the petrochemical plant, is attached to Syracuse, supplies around 20% of the crude oil needed in the transalpine country and was designed to essentially refine the crude oil from the Urals.

And Lukoil has more relevant plants in Bulgaria, Romania or the Netherlands. All in community territory. Germany chose to nationalize its refineries of the equally Russian Rosneft.

The experts consulted recall, furthermore, that Europe imports not only crude oil but also derivative products "with added value" from China, India, even from the Arabian peninsula. And these can be produced in part with the veined black gold made in Russia.

– “The Americans follow the ships that leave Russia and where they arrive. But, then how to act? Ban Saudi distilling Russian oil? Furfari chimes in.

“It doesn't work just mixing and putting it back. There has to be a substantial transformation”, points out Gonzalo Escribano, director of the Energy program of the Elcano Royal Institute. Another thing is to check it, “which is what is creating the traffic jams in the Black Sea. The carriers, freight, insurance, etc., have to ensure its origin, and if it is Russian, that it is bought for less than 60 dollars. The cheat can be done. But it is not easy. Because the transport business is, for the most part, European. Although also China and India have the capacity, ”he explains.

However, he continues with a recent example: the crude that passes through the complex of pipes with outlet to the Black Sea is both Kazakh and Russian, “until now there was no problem; Now you have to differentiate. And it is not easy, ”she argues. And Kazakhstan is, in fact, one of the main suppliers of crude oil to the EU. It ranks in the top five outside of Europe.

“Oil flows around the globe are changing very fast,” concludes Ben Cahill, an energy security specialist at the Center for Strategic and International Studies in Washington. “Refineries have to replace their crude blend with one similar to the Ural blend, which is the main export from Russia to Europe. And this is a challenge. But refineries are smart enough to find substitutes. Europe is also importing more refined products such as diesel from various places, including the US, India and the Middle East, ”he summarizes to La Vanguardia.

The meter of fossil energy traded by Russia prepared by the Finnish Center for Research on Energy and Clean Air (CREA), specifies, furthermore, that since the beginning of the invasion of Ukraine the main customers of Russian oil have been China, Germany , Turkey, the Netherlands, India and Italy, in that order. Although also countries rich in black gold such as Egypt or the United Arab Emirates. Or the US itself.

Several of them are in turn a central market in and for Europe in crude oil or derivatives.

Example: Reuters figures the increase in ships from Russia to different parts of Asia. It details how Moscow exported 8.85 million tons of its Ural crude by sea in August; how half was acquired by Europe; how the other ended up mainly in India, China and Turkey, despite the fact that they have current long-term contracts with Saudi Arabia or the United Arab Emirates.

None of these are expected to join the European embargo.

Although hardly the European statistics detail anything for India or China. The reason, the experts consulted highlight and the statistical service confirms, is that they are partly estimates. Because of the difficulty implied by confidentiality for these contracts. The reduction so far in imports of Russian crude is statistically offset by the increase in oil and derivatives imported from Iraq or "other" minors, among which Brazil or Guyana stand out. A firm trend as 2022 progresses along with the war in Ukraine.

And data that, in turn, is communicated several months late.

In addition to all this is added that 3.2 million tons of oil per month were imported by the EU through the Druzhba (friendship) pipeline, built by the Soviet Union, inaugurated in 1964, the longest in the world, heir to the times of Cold War to supply its Eastern European partners. Hungary, Slovakia and the Czech Republic have indicated that they will continue to stock up on it.

And the EU will allow the exception.

In August 2022, the latest known data, Hungary, Slovakia, the Czech Republic, Latvia or Italy had increased their dependence on imported crude from Russia compared to January of this year, before the war.

Berlin and Warsaw, for their part, will ignore the Druzhba in 2023. It supposes that part of their production, over two million tons per month, will have to seek new clients perhaps at a lower price – although Escribano highlights how the limit of 60 dollars it is there “so as not to kill the market” due to the lack of Russian crude, which would make prices rise) – and perhaps to re-export markets?

Details about the partly imported energy are already a mystery. And they are expected to continue to be.