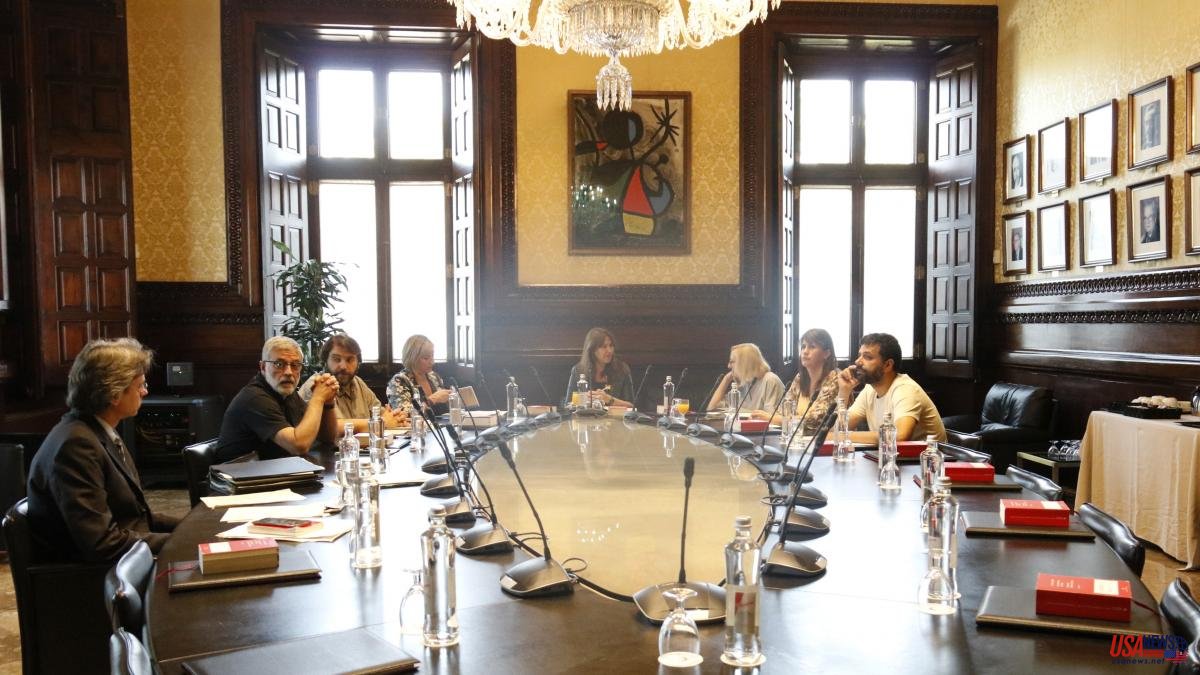 Again a jump forward. The disagreement about the solution to give to the controversial licenses by age, the privileges that Parliament workers have when they reach 60 years of age and until their retirement, is causing the controversy to become entrenched. The governing body of the Chamber has decided to withdraw the agreement negotiated with the workers and approved at the Table in June, which replaced the possibility of charging without working for leave of absence with reduced hours or paid early retirement, and to shape another proposal that in principle would not be so advantageous and that it is intended to definitively approve at the end of this month.

The problem focuses on the workers who still enjoy this privilege that the Parliament approved to withdraw in the future at the beginning of the year. It is about thirty people who receive their salary without having to set foot in the Catalan Chamber, to whom the institution chaired by Laura Borràs wants to give "compensation" for the loss of an acquired right.

In June, two members of the Table, the secretaries Ferran Pedret (PSC) and Aurora Madaula (Junts), negotiated an agreement with the workers, which included two figures, two possibilities for workers over 60 years of age: paid leave through which they would receive for five years the maximum retirement pension and an extra twelve monthly payments, and a reduction in working hours: work part-time, earning as if it were full-time and with the possibility of teleworking 100% of the time.

President Borràs stopped this agreement, which could not be ratified by the Comissió d'Afers Institucioinals (CAI) because, according to parliamentary sources, it generated a "social alarm" that was "fed by the media." The deadline for the approval of this agreement fell this Monday, so the Board has agreed to start the process again, ordering the person in charge of human resources of the Parliament to prepare a new proposal to negotiate with the workers with general lines focused on facilitating the early retirements, "which is what is done in other autonomous parliaments and in other institutions", allege the same sources.

The fact is that the new proposal, of which no further details are known, will have to be presented again to the workers, this time without the participation of Pedret, who gave up further negotiating this matter after Borràs decided to stop it. And the term expires at the end of the month. It is expected that on the 26th the Table will approve the new offer after negotiating it with the personnel council and that on the 28th it will be voted and definitively approved in the CAI.

The controversial leaves of absence due to age have become one of the issues related to human resources that are giving the most talk in Parliament, but there are those who point out that there are others that still do not have a solution, nor will it be easy to find one. This is the case of triennia, "the real problem", according to some parliamentarians, which means that many of the Chamber's workers earn more for this concept than the base salary and that in 2021 the Chamber will allocate 4.4 million euros to pay this concept that is paid to its 324 workers. It is 23% of the total allocated to salaries.