Among the tireless movement that can be seen among groups of visitors at the Palau de la Música, the Sala Lluís Millet opens up as an oasis of reflection and dialogue between different artistic disciplines. 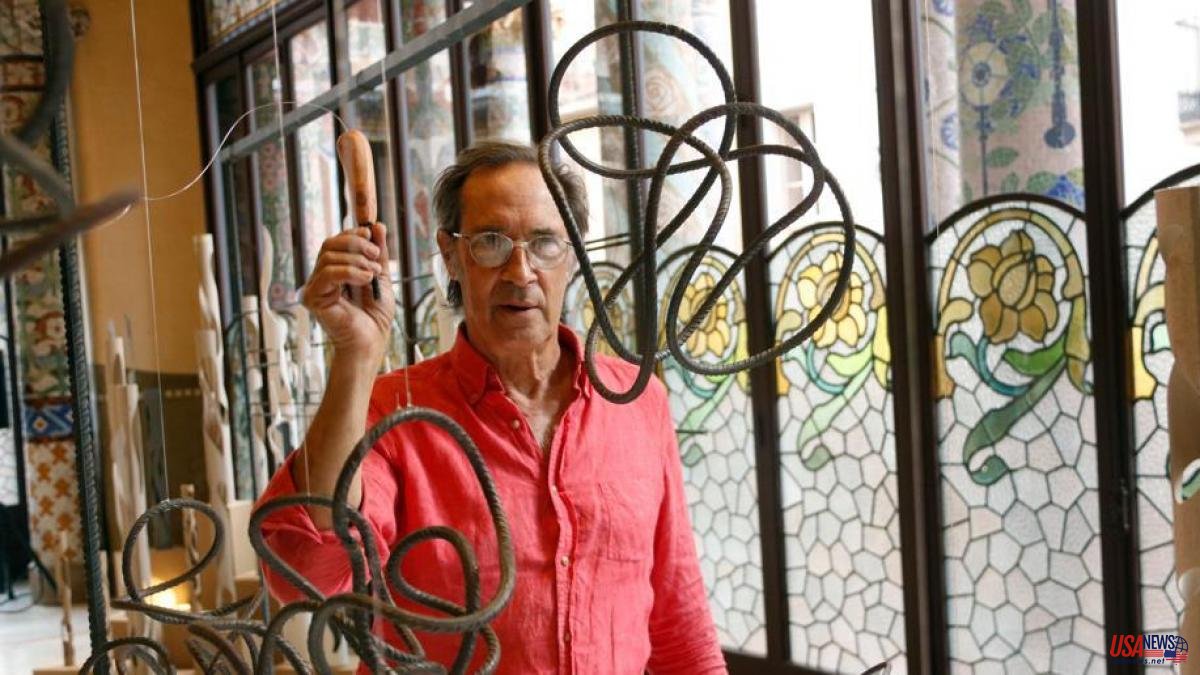 Among the tireless movement that can be seen among groups of visitors at the Palau de la Música, the Sala Lluís Millet opens up as an oasis of reflection and dialogue between different artistic disciplines. This is how the new exhibition by the sculptor Naxo Farreras, Hear and feel the sculptures, is proposed, which merges with the surroundings of the Palau from October 27 to December 4.

This initiative aims to establish a "dialogue between music and architecture with the rest of the Fine Arts", explained Joaquim Uriach, president of the Fundació Orfeó Català-Palau de la Música Catalana. In fact, this has been a clear objective for the Palau de la Música since its foundation, to be a "house of many arts", stressed Uriach.

The exhibition Hear and feel the sculptures of Naxo Farreras is the first that the Palau hosts since the pandemic. "I am fully grateful to the entire team at the Palau de la Música, who have helped me throughout the process and without them the work that is being opened to the public today would not be possible", Farreras highlighted at the opening of the exhibition.

Thus, the sculptor has presented each of the sculptural families that since October 27 merge and dialogue with the architecture of the Sala Lluís Millet.

The exhibition features Cathedrals, an installation where empty space and its relationship with light is what constitutes sculpture; Chords, a proposal that needs the interaction of the public to hit iron structures that emit very characteristic sounds; Melodic tubes, an interpretation of immaterial musical forms and, finally, Arpeggios, sculptures that present a succession of vibrational undulations that suggest groups of sounds grouped into entities of their own.

Naxo Farreras (Barcelona, ​​1951) is an artist with a long career and a marked evolution in his sculptures. Taking Miró and Picasso as his first references, Farreras cultivated his artistic vision between Paris, Milan and Barcelona. "The fact that my parents had to go into exile in Paris was a great privilege for me, because there I experienced countless different cultures and this has greatly influenced my artistic vision."

In fact, although he began to work with very solid sculptures, Farreras has evolved his art to more abstract concepts. "Now I'm looking for more ethereal, more poetic forms," ​​explained the artist. In this way, Farreras claims to follow his creative instinct when searching for the voids that constitute sculpture for him and, furthermore, endow it with a musicality that is not normally associated with this artistic discipline.

The Hear and Feel the Sculptures project will culminate in the collaboration of Naxo Farreras with the composer Bernat Vivancos, accompanied by a string quartet that the Palau de la Música promotes as young talent within its residencies.

It is not the first time that Naxo Farreras has collaborated with the Palau de la Música. The sculptor is also the author of the Tree of Life that presides over the façade of the Palau, which he undertook to build in 2003, and which can be seen from Carrer del Palau de la Música or Plaça Lluís Millet. "This exhibition is closely linked to the Tree of Life, because both projects speak of the evolution of the human being: from the earthly and solid, to the spiritual and ethereal", explained the sculptor.

Hear and feel the sculptures, a sculptural and musical exhibition by Naxo Farreras, can be seen in the Lluís Millet Hall of the Palau de la Música until December 4. According to the Palau organization, this project joins a long history of collaborations with artists from other disciplines of Fine Arts such as Jaume Plensa, Perejaume or Bill Viola.