The opposition Yashin, in preventive detention for criticizing the military campaign in Ukraine

Ilya Yashin, one of the few Russian opponents who was still free in Russia and had not left the country, was sent yesterday to a two-month preventive detention by a Moscow court. 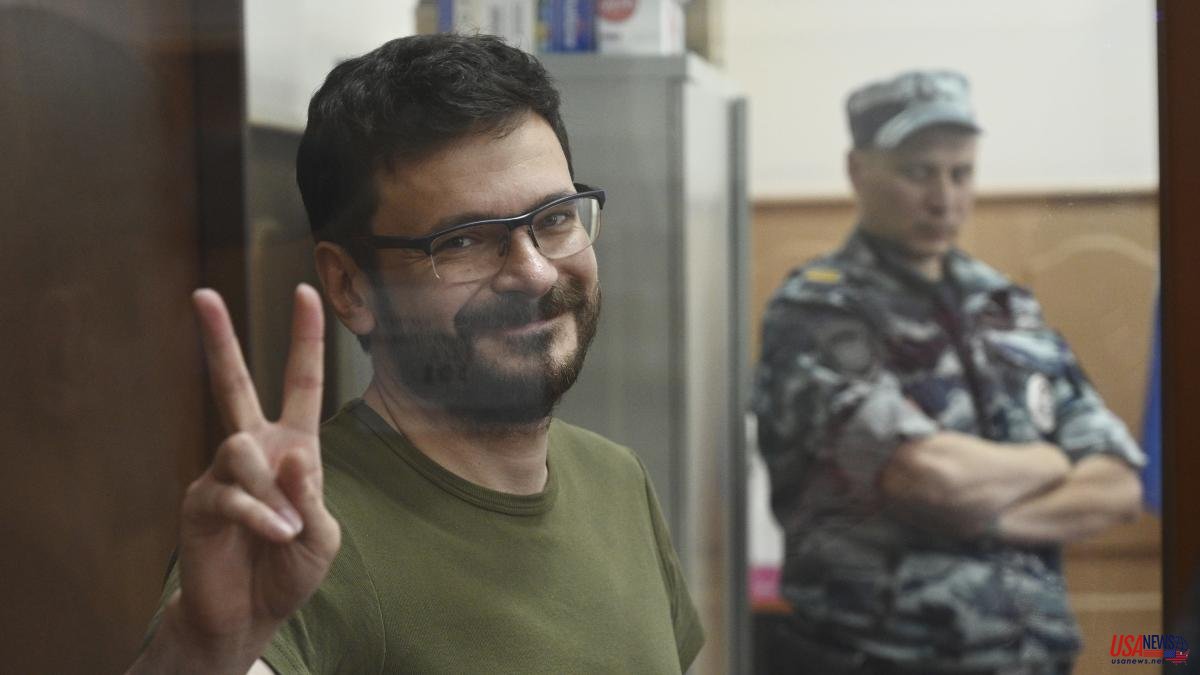 Ilya Yashin, one of the few Russian opponents who was still free in Russia and had not left the country, was sent yesterday to a two-month preventive detention by a Moscow court. The judges admitted the request of the Instruction Committee, which accuses him of spreading "false information" about the actions of the Russian army in Ukraine, a crime that a new law approved in March sentences with up to 15 years in prison.

In a hearing that Judge Natalia Dudar ordered to be held behind closed doors to avoid exposing "state secrets", Moscow's Basmanni Court declared that Yashin is suspected of spreading notoriously false information about Russia's armed forces for reasons of political hatred. For this reason, he ordered that he be deprived of liberty until at least September 12.

"Do not be afraid of these scoundrels, Russia will be free!" The opponent shouted in the courtroom after the announcement of his preventive arrest.

Yashin had already spent 15 days in jail due to an administrative arrest for disobeying orders from the police, who stopped him at the end of June while walking with a friend in a Moscow park. Upon being arrested, he then said: "The real reasons for my arrest are obviously political. I am an opponent, an independent deputy, a critic of President (of Russia, Vladimir) Putin and an opponent of the war in Ukraine. I think my arrest It is the prologue of a future criminal accusation," he predicted.

A day before he was to be released, prosecutors filed the criminal charge against him. According to his lawyer, Vadim Prokhorov, on Tuesday night the police searched his apartment in the Russian capital.

The accusations are based on a video published in April on YouTube in which he mentioned the "murder of civilians in Bucha", a city near Kyiv and for whose acts the Ukrainian authorities accuse the Russian army of war crimes.

Yashin, 39, has been a prominent figure in opposition and anti-Kremlin activism since the 2011 and 2012 anti-Putin demonstrations. He is currently a municipal deputy (councilman) for the Krasnoselsk district of Moscow, whose council he himself chaired. between 2017 and 2021. He has a YouTube channel with 1.3 million subscribers.

Ilya Yashin is also an ally of politician and anti-corruption activist Alexei Navalni, the leading opponent of the Kremlin, who is currently serving a nine-year prison sentence.

Before his arrest, Yashin was one of the last remaining Russian opposition leaders in the country. Last week, Alexei Gorinov, also a municipal deputy, was sentenced to seven years in prison, the harshest sentence ever handed down under the new laws.

According to human rights activists, Yashin's case is the 71st opened under the "fake news" law against the army.