At a crossroads, they say in London, Rishi Sunak met the devil and told him: "I want to be prime minister, and for that I am willing to do anything. 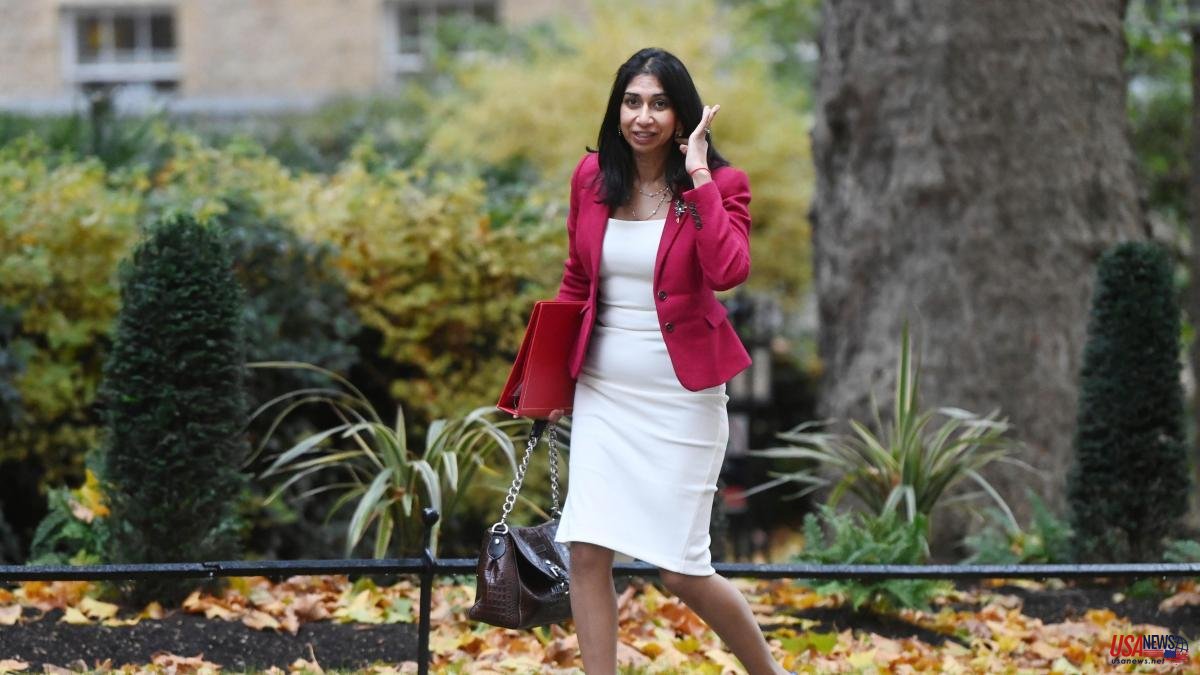 At a crossroads, they say in London, Rishi Sunak met the devil and told him: "I want to be prime minister, and for that I am willing to do anything." And the devil, with a cynical smile, replied: “Okay. But it has to be with this economy, with this crisis, and with Suella Braverman as Minister of the Interior”. And they shook hands.

Sunak's first bug has a first and last name, and her name is Suella Braverman. He gave her one of her government's top portfolios within days of being fired for a flagrant breach of security codes, sending official documents through her personal email account, and knowing that her views on matters of immigration were incendiary, in exchange for their support in the battle for Tory leadership. He got the long-awaited throne, but he has already begun to pay a high price.

Not that Sunak, given the state of the yard, was expecting a honeymoon, except if as such the firefighters could be seen to show up with their high-pressure water hoses and set fire to the flames left behind by her predecessor Liz Truss. . But perhaps he imagined a few days of relative calm while he prepares, together with the Minister of the Economy, Jeremy Hunt, the brutal budget of November 17, with cuts of all kinds and more taxes for everyone, the aid of the pandemic and to pay the bills of the gas and electricity this winter could not be free, and the time has come to pay them, and with interest.

But Sunak barely had time to settle into 10 Downing Street before being involved in his first two crises. One, for indicating that he was not planning to go to the COP-27 summit in Egypt, before thinking twice when Boris Johnson said that he would go, to endorse his credentials as a defender of the environment. And the other, to name Braverman, as far to the right as there is not in the British government but in the Conservative Party, so much so that he would not be out of place in the ranks of parties like Vox.

Sunak, in his Faustian pact, promised to return Interior to him when it seemed that Johnson could star in a triumphant return. Braverman is part of the influential group of a hundred or so eurosceptic MPs, and defenders of traditional cultural values, who make up the so-called European Research Group, and without whose support Boris's candidacy did not take off.

But the opposition has seen a vein to attack the newborn government already in its cradle, when it is nursing. Sunak, to sell the return of austerity, presents himself to the country as a prudent, moderate and reasonable guy, the quintessential technocrat, quite the opposite of a visionary, the man who whispers to the markets, more nourishing than exciting, a worker tireless with a Disney smile whose only vice is Coca-Cola, at the head of a Coca-Cola administration in which the prestige of the brand matters more than the taste.

But the presence of Braverman in one of the three great ministries (the others are Economy and Foreign Affairs) is, as has been immediately seen, an attack against that image of moderation and common sense. What matters is adding fuel to the fire and baiting the right-wing press. Far from calming things down, he has shouted that the arrival of asylum seekers in small boats across the English Channel (almost forty thousand this year, double the previous year) is an "invasion", and that his most recurring dream is put them on planes and send them to Rwanda (a country with which London has reached an agreement, which cannot be applied because it is prevented by the European Court of Human Rights).

Braverman is on the tightrope. In a parliamentary inquiry, she has had to admit that on at least seven occasions she sent confidential documents through her personal mail – the violation that caused Truss to stop her before Sunak reappointed her. But if that wasn't enough, her responsibility for keeping asylum seekers locked up for weeks at the Manston processing center in Kent, where they are only supposed to stay for a maximum of 24 hours, has been revealed.

In order not to house immigrants in hotels run by the public treasury while their applications are being processed, Braverman has increased the capacity of Manston (a kind of prison) from 1,500 to 4,000 people, who, instead of each having their own cell or “room”, they sleep clustered in tents, in hygienic and nutritional conditions so unfortunate that diseases such as diphtheria have spread among them.

Braverman claims to have done "everything possible" to find them alternative accommodations, as required by law, and denounces being the victim of a witch hunt. But the arguments for the defense carry little weight amid his fierce anti-immigration rhetoric, calling for reducing foreign arrivals to the UK to "tens of thousands" (currently more than two hundred thousand a year), and creating a climate as hostile as possible that deters asylum seekers from setting foot on these islands (it blames them for the deterioration of health, education and public services, and for the British who depend on subsidies not getting flats of official grant). The average time to process an application is 480 days.

Braverman, like her predecessor in the Interior Priti Patel, like the former Economy Minister Kwasi Kwarteng and Patel himself, is part of that group of children of immigration who are totally anti-immigration, denying that second chance their parents had, as if they would have deserved it for their special qualities or their hard work, but not those who now leave everything behind in Iraq, Syria or Afghanistan, and risk their lives crossing the English Channel in a small boat to look for work in Great Britain. They are simple criminals.