The opportunity of the year for Barcelona

January is the month of sales or costs. 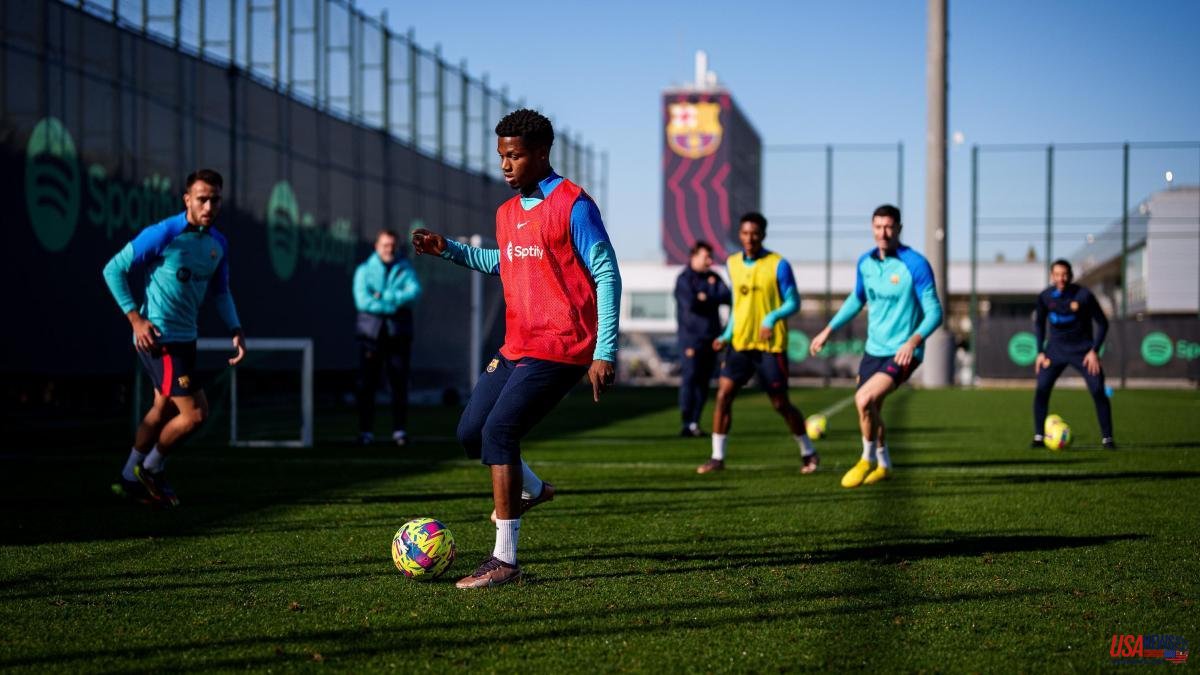 January is the month of sales or costs. A good part of the prism with which Barcelona will look at the league table in the coming weeks depends on what happens tonight at the Metropolitano, where Xavi Hernández's team is presented with almost the opportunity of the year. Shore up and expand. Defend and increase. The blaugrana can put land in the middle at the top, they can open a three-point cushion over their great rival for the title, they can recover against Atlético more than they left in the derby on December 31.

Visiting and beating the rojiblancos is always a moral boost, due to the setting and the category of the rival, but this time we must add the numerical boost that it would represent. The calendar has given Barça the opportunity to go to the Super Cup with an interesting advantage in their favour, an unexpected gift in the wish letter. "It's an important match, it won't decide (the title) but we would hit the table by winning at the Metropolitano," admitted Xavi, before learning of the defeat for the whites in Vila-real.

Madrid lost in the field of the seventh classified. Barcelona has to win at home to the team that, with Simeone on the bench, has finished in the top three of the championship in the last nine leagues. It is not an easy plan for a team that this season has not beaten Bayern in Munich, or Inter in Milan, or Madrid at the Bernabeu.

The last two victories for Barcelona in the Atlético field (December 2019 and February 2017) were signed by Leo Messi, with two goals in the 86th minute. It is a detail that reminds how much it costs to take the three points of the mattress feud. The blaugrana are forced to do without Lewandowski, author of 13 goals in the League, who was able to line up in the derby but whose sanction of three league games is already firm. Alba is also punished.

“We will come out with a nine, you will see. Ferran Torres, Ansu Fati or Memphis? The three options are good”, said the man from Egar without wanting to give clues. The three went through the reference position at Rico Pérez, on Wednesday in the Cup. The Valencian and the Dutchman were starters while Fati was the only one who scored. It was the decisive goal in extra time.

In the first two games after the World Cup, Barcelona got stuck despite taking an early lead on the scoreboard. Against Espanyol they tied, against Intercity (the RFEF Primera team that scored three goals in 45 minutes) they had to go to extra time. The Blaugrana coach approves the game of those two games. “I think it is a mental issue more than a game one. When you are so superior to your rival, you have to finish off the game. You have to be forceful in areas. In both. It is what we are missing, ”he analyzed.

That lack of effectiveness in front of goal and those specific errors in defense can be two imprudence against Simeone's Atlético. “Cholo changes his system a lot. It is a very chameleonic team. Defensively they have no gaps, they are almost perfect. They are a rock. It will be difficult for us to create chances. That is why you have to take advantage of them ”, he prescribed.

The man from Egar speaks about showing personality and knowing how to lead. To talk with the ball at his feet without having to shout on the field. To gain confidence and scare your opponents, there is nothing like giving the sensation of a solid and reliable leader and showing off in a place hitherto forbidden. The prize is double in the first great opportunity of the year.