The only time that anarchism ruled the world: in the towns of Teruel between 1936 and 1937

Contemporary anarchism took shape in the late 18th century at the hands of William Godwin. 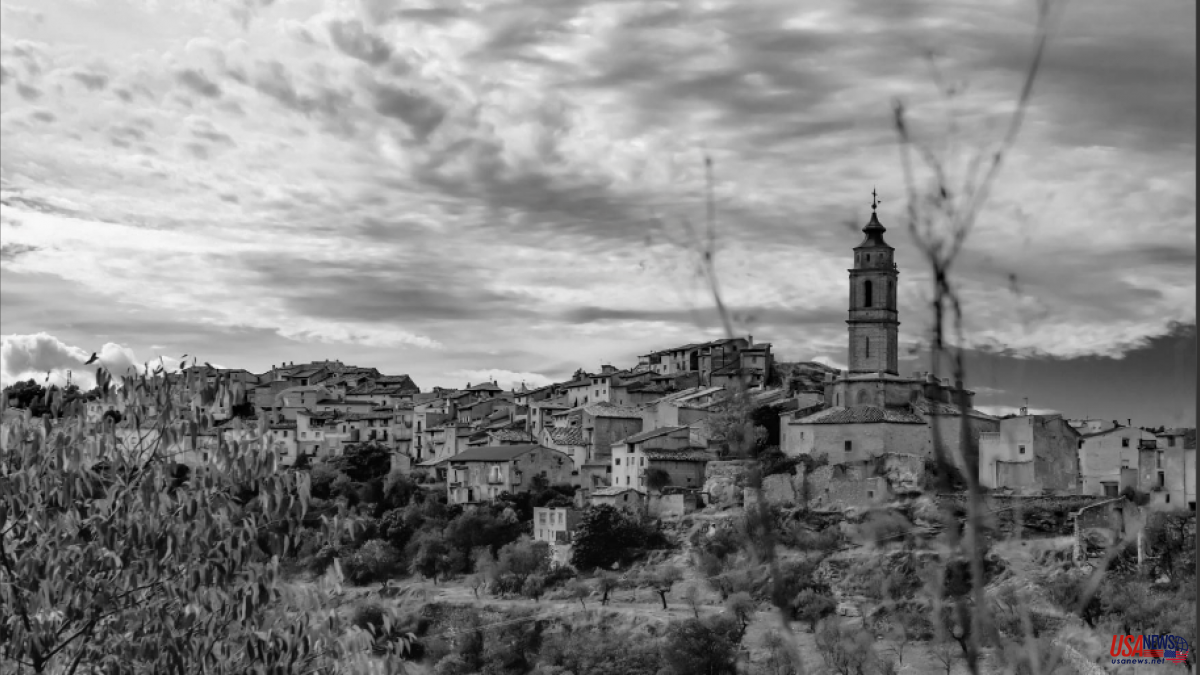 Contemporary anarchism took shape in the late 18th century at the hands of William Godwin. Later many other thinkers, Charles Fourier, Pierre-Joseph Proudhon or Max Stirner, advocated a world in which there were no governments or institutions and where private property was abolished so that all goods belonged to the community. During the 19th century and a good part of the 20th, anarchism gained followers throughout Europe, but it was almost always considered a utopian movement and only managed to seize power on one occasion: in towns in Teruel between 1936 and 1937.

"After the coup d'état of July 1936, anarchist militias coming mostly from Barcelona took some towns in Teruel and established a libertarian government, the only one that has ever existed in the world. It was a period of extreme violence in which the collectivization of the land", explains Ferran Vallespinós, who has set his second novel, Las horas huecas (RBA), in an imaginary town, Valdealgars, in the Matarraña area.

Manuel is mayor of Valdealgars when the military uprising takes place. The Popular Front had placed him in the position by winning the elections and after removing Julio, the chief of the town. When the Civil War breaks out, Manuel tries to avoid bloodshed and tries to agree with Julio and the right-wing neighbors, but any agreement is useless, because after a few weeks, the anarchists, led by Silvino, take Valdealgars and establish a regime Horror. This is how Las horas huecas begins, an exciting novel that later spreads through the rest of the war, exile, the maquis and Franco's prisons.

Vallespinós decided to write about that historical period when he learned about "the singularity of those towns" during a bicycle trip through the Matarraña. And he wanted to dedicate the novel to his grandfather "who was shot during the Civil War." After delving into the archives of the time, he discovered how those atypical anarchist governments worked: "since Aragon was a land of smallholdings, the experience of collectivization could be set in motion in such a way that all the farmers began to have mules, plows and some truck. And although they were subjected to sacks that were collected to supply the front, there were no complaints".

The economic experience did not give bad results, but the human one was terrible: "although not all anarchism was violent, the FAI was. In those towns there was not a priest left, the anarchist leaders tortured and subjected the citizens to trials without no type of guarantees. They shot and killed without mercy". Manuel is threatened by this new libertarian regime, but he manages to survive. In May 1937, Enrique Líster dissolved those anarchist governments, but Manuel's peace of mind did not last long because Franco's troops did not take long to take his town, put him in prison and hold him responsible for some of the atrocities committed by Silvino and his followers, who had disappeared. without more "dissolving in the big cities or fleeing to France".

Poor Manuel is of no use having saved the village priest from certain death in the early days of the anarchist government that burned down the church. The Francoists want to try Manuel, who escapes and works for years under a false identity in some nearby mines. Already well into the 40s, the repression continues and the protagonist of Las horas hucas is arrested, imprisoned again and shot. Something that his son, also called Manuel, who after joining the Republican troops ends up exiled in France, does not forgive.

"The French did not expect the flood of Spanish refugees. In February 1939, half a million people had already gathered at the border. They were transferred to a beach where they lived in subhuman conditions. The suicide rate was extremely high, but little by little , with the help of the Red Cross and the residents of the place, those who remained alive began to recompose themselves", recalls Vallespinós. Among them Manuel Jr., who after various adventures finds a new family, a place to live and a job. But he never forgets the wrongs suffered by his family and plans revenge...