The number of ATMs falls to its lowest level since 2002

The number of ATMs in Spain stood at 45,288 at the end of the third quarter, the lowest figure since 2002 and almost 30% less than the figure for 2006, when the maximum so far this century was reached, according to published data. 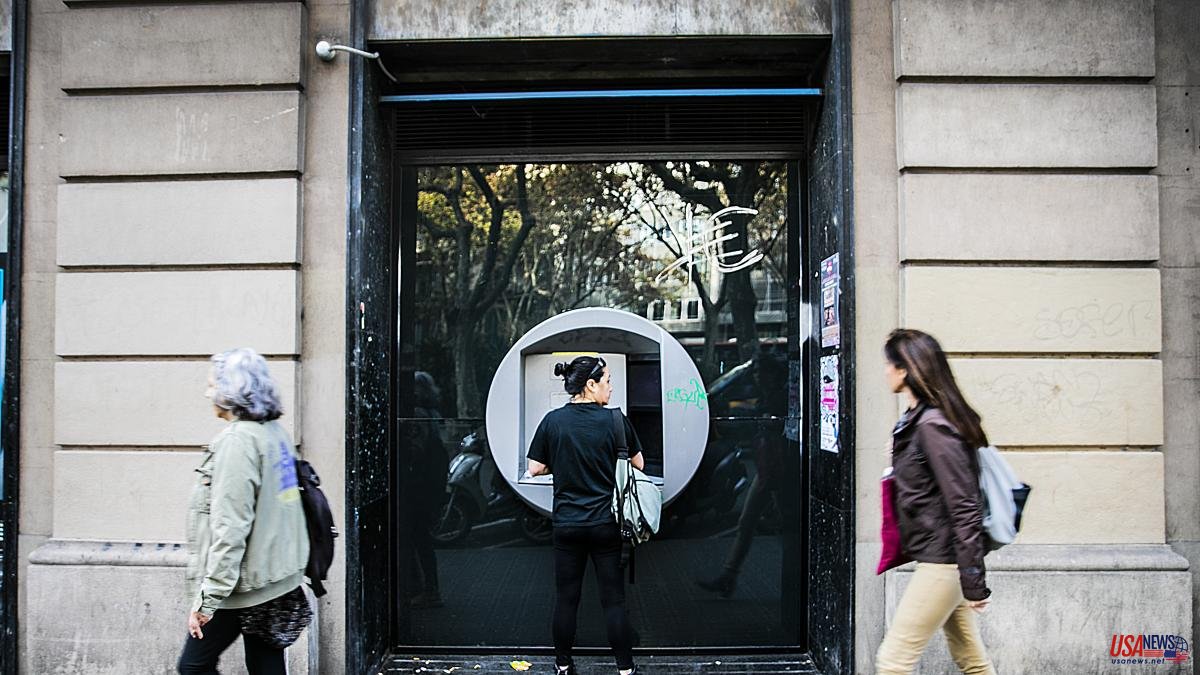 The number of ATMs in Spain stood at 45,288 at the end of the third quarter, the lowest figure since 2002 and almost 30% less than the figure for 2006, when the maximum so far this century was reached, according to published data. today by the Bank of Spain.

Before the pandemic there were 50,500 ATMs in Spain, with which the decrease exceeds 10% and is accompanied by a reduction in the number of bank branches. The amount withdrawn from ATMs has also fallen and stood at 88,000 million euros until September, compared to 111,000 million in 2021 as a whole. In 2019, before the pandemic, it was 125,000 million.

These figures are part of the latest statistical review of the Department of Payment Systems of the Bank of Spain, which shows the continued boom in credit cards, which are now used much more to pay in establishments than to obtain cash at the ATMs.

The decrease in ATMs and branches is an element of concern in the relationship between the Government and the banks. One of the main agreements so far in the legislature has to do precisely with the presence of entities in rural or unpopulated areas.

While the number of ATMs is reduced, operations with credit cards and the money they move continue to grow strongly since the pandemic and will break a new record this year. They do so thanks to the tendency to use this method to pay in establishments. However, cash is still very present.

Credit card operations have stood at 5,380 million in the first nine months of the year, which exceeds those of the same period of the previous year and is in a position to far exceed the 2021 record of 6,101 million, 28 % more than in 2020. Since the start of the pandemic, the increase exceeds 40%.

The amount of card operations is also at record levels, with 170,910 million euros until September, very close in the absence of a quarter of the absolute record of 195,000 million in 2021, when this figure was already 21% above that of 2020. These results are five times higher than those registered twenty years ago, when the cards barely moved 40,000 million euros a year.

The success of credit cards is due to payment in stores and not to the use of ATMs. The year of the surprise was 2014, when for the first time there were as many card operations in shops as in ATMs. Since then, the use in stores has only grown, compared to the gradual decline in ATMs. Now amounts are moved in the first modality three times higher than those of the second.

There are already 2.2 million POS terminals in Spain, which are the ones used to charge by card in shops. The figure is 14% higher than before the pandemic and doubles that registered in 2006, before the previous financial crisis.

One of the reasons that have encouraged businesses to install these devices is the drop in commissions that banks charge them. The Bank of Spain also monitors this variable, which twenty years ago stood at 3.5% and is now below 0.5%. It ranges from 0.23% in supermarkets to 0.42% in retail stores.

These percentages do not mean that cash is disappearing. A recent ECB report places Spain as the fifth EU country where this formula is used the most. Payment in cash, he indicates, monopolizes 51% of the amounts of purchases in Spain, compared to 37% for the card, a percentage far removed from other countries such as the Netherlands or Finland, where cash barely moves 15%.

Two researchers from the Bank of Spain, Laura Ferrando and Diana Posada, recently published a report in which they concluded that "payments in physical stores continue to be made mostly in cash, although their use has decreased compared to 2019."

The pandemic has contributed to the fact that in 2022 the percentage of purchases in cash stands at 66%, compared to 83% before the pandemic. "In general, cash payments are used for purchases of a lower amount than card payments," the researchers point out. The average amount of the cash payment is 22.6 euros and the card payment is 38 euros.

The use of the card has gained 13 share points since the outbreak of the pandemic and is involved in 28% of purchases. Payments with mobile applications have also arrived, which in 2019 were residual and now represent 3.7% in physical stores.