The now or never of Aspas in the National Team

A little over three years ago Iago Aspas played his last game with the Spanish National Team. 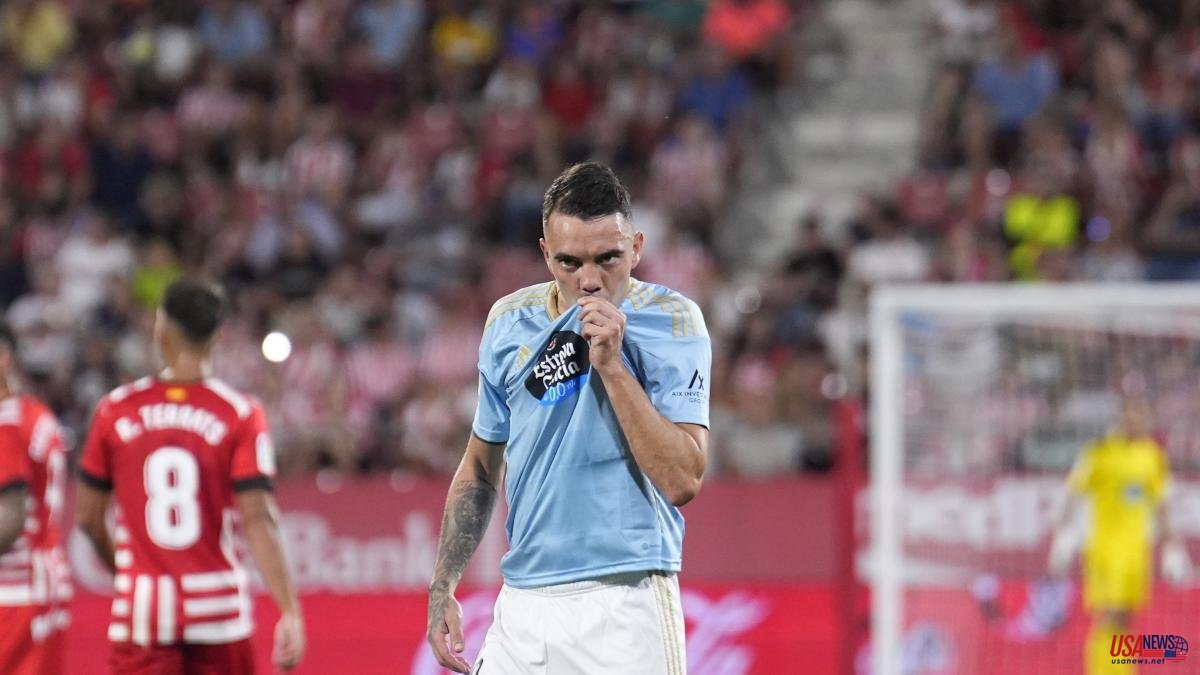 A little over three years ago Iago Aspas played his last game with the Spanish National Team. Almost 40 months in which both Luis Enrique and Robert Moreno have decided to choose other options ahead of striker Moañés, who, however, has not stopped shining for his team and scoring goals, many goals. So many that during his absence only Gerard Moreno (52) has scored one more goal than him in the league. The World Cup in Qatar is the last opportunity for one of the most prolific scorers of the last decade in the League, in whose cover letter he encloses four Zarra trophies included in last season, with 18 goals, and that in this 2022 only has scored one goal less than Benzema, go to a great appointment of selections.

Luis Enrique will offer tomorrow a very important list to be in the World Cup. In the absence of two months, whoever is not in this call will hardly be able to attend. The coach has several doubts, but the main headache is the striker. The losses of Mikel Oyarzabal, still in the dry dock after his knee injury, Gerard Moreno and Dani Olmo, fixed in recent times, are a problem. They are joined by Rodrigo Moreno and Juanmi, also injured, and the situation of De Tomás, who will not play until January. Asensio, who has hardly had minutes, also seems ruled out.

Four names seem irreplaceable to cover the three attacking positions. On many occasions Luis Enrique has shown his confidence in Ferran Torres, Álvaro Morata, Pablo Sarabia and Ansu Fati. From there, Iago Aspas appears again in the photo of the meritorious. Both he, with five goals, and Borja Iglesias, four, have started the season in very good shape and only Lewandowski surpasses them in the scoring charts. The surprise could be Ferrán Jutglà, who has scored five goals for Club Brugge in the Jupiler League.

Aspas was a late international. At the age of 29, he was called up by Julen Lopetegui for the first time in November 2016. He came to play 18 games until June 2019, already under the command of Luis Enrique. The Faroe Islands was the last opponent he faced dressed in red, after scoring six goals in ten wins, six draws and just two losses. A goal at Wembley in his debut and another against Morocco in the World Cup in Russia that allowed Spain to be first in the group were the most outstanding as an international.

Since that 2019 Aspas has continued to be capital for his team. His numbers dropped to 14 goals for two courses until last season he reached 18. Few can keep up with the Galician, who in the last three years has only scored fewer league goals than Benzema (74), Messi (55 ) and Gerard Moreno (52). With 51 goals, he surpasses Luis Suárez (48), but also Morata (35, including those achieved in Serie A), Oyarzabal (30), Griezmann (27), Rodrigo (21) and Ferran Torres (17), the last two with goals in the Premier League.

In all this time, the coach has opted for younger profiles such as the aforementioned Oyarzabal, Morata, Ferran Torres or Rodrigo, but also Sarabia, Dani Olmo or Ansu Fati. He has also summoned Paco Alcácer, Adama Traoré, Asensio, Bryan Gil, Abel Ruiz, De Tomás. In total, 13 attacking players who have closed the doors to the Galician striker.